Heat ready to bounce back against No. 5 Diablos

The Laredo Heat SC is aiming to bounce back and prove it belongs among the elite of the NPSL as it hosts the No. 5 Denton Diablos FC at 8 p.m. on Thursday, June 3. 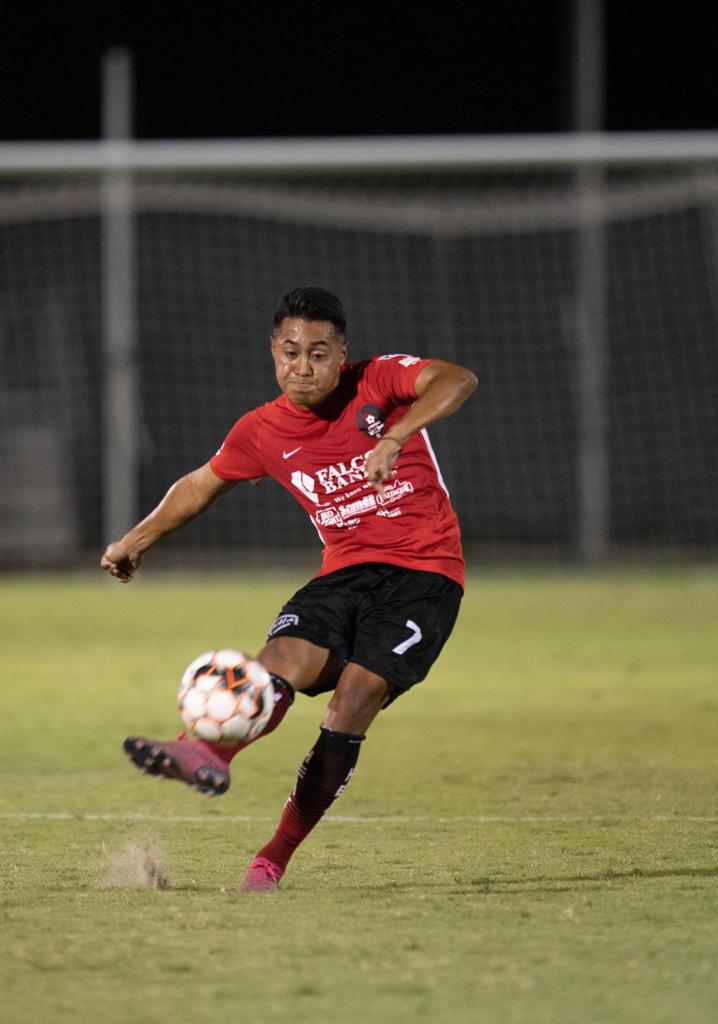 Laredo aims to shut down one of NPSL's highest-scoring offenses

Typically, having a short week to prepare for one of the highest-ranked teams in the league would be viewed as a negative, but the Laredo Heat SC is eager to get back on the pitch following its first loss of the season. The Heat look to bounce back in their second straight home game Thursday welcoming the Denton Diablos FC – the No. 5 team in the National Premier Soccer League power rankings – at 8 p.m. at the TAMIU Soccer Complex.

“We know that they have quality. They are organized and are good in transition,” Laredo Heat SC head coach John Powell said. “They are a top side, but this is why we brought this level of a team in is to beat the best. You have to play the best to beat the best, and I think we are capable of doing that.”

Along with wanting to shake off their first loss, the Heat (1-1-1, 4 points) are also looking to get another monkey off their back as they lost both matches against Denton in 2019.

Denton (3-0-0, 9 points) has shown plenty of fire power while building an early lead in the Lone Star Conference division as it leads the NPSL with 4.7 goals per game. They have come from a diverse attack as the 14 goals have been scored by 12 different players. Half of that output came last week in a 7-2 victory over the Fort Worth Vaqueros FC.

“It is clear that Denton is scoring goals,” Powell said. “We have known they have been a very good team since they have come into the league. For us the focus is always on our team and how we can get better. We have to take care of those little details when we defend, and that then sparks us in the counter attack.”

Thursday’s match is bordering on being an unstoppable force meeting an immovable object. Laredo ranks second in the division early in the season with only 1.3 goals allowed per game. Of those four goals, three have come on penalty kicks.

Half of the goals the Heat have allowed came in the second half of Friday’s 2-1 loss to Irving FC in the home opener. After Nadav Datner ignited the crowd of approximately 800 with a go-ahead goal less than two minutes into the second half, Irving answered back a few minutes later then pulled ahead on a late penalty kick.

“It’s never a good thing to drop points, let alone at home,” Powell said. “They left everything out there and got unlucky at times. Their bounce back has been professional. They understand the job wasn’t done Friday, and one of the great things about football is the next match is always right around the corner.”

The Heat will get a boost in their bid for three points this week as their captain Erwin Regules is ready to make his first start of the season. Regules was eased back into the lineup in his return from injury the past two games combining for about 45 minutes as a sub.

“Erwin is a stand-up young man, a fantastic player and a great leader,” Powell said. “Having him back in the lineup is a huge blessing to us. He changes the makeup of our team. That’s why he was given the armband at the beginning of the summer. He is a special player. I can’t wait to have him back.”

While the term must-win is difficult to apply in the fourth game of the season, Thursday is a crucial turning point for Laredo. A win gets the Heat within two points of first place in the division and a draw keeps them within striking distance, but a loss would put them eight points behind Denton.

“I think it is a must-win game,” Wilson said. “We have to get three points. It is an opportunity for some boys who maybe didn’t get a start in the last game to prove themselves in this game.”

Tickets for Thursday’s game are $5 for general admission and $20 for VIP tickets, and children under 12 get in free if they are wearing red. Since there are no concessions due to COVID-19 regulations, fans are encouraged to bring their own snacks and beverages.