The Laredo Heat SC can guarantee home-field advantage for at least the playoff opener with a win Friday night as it hosts the Coyotes FC at 8 p.m. at the TAMIU Soccer Complex. 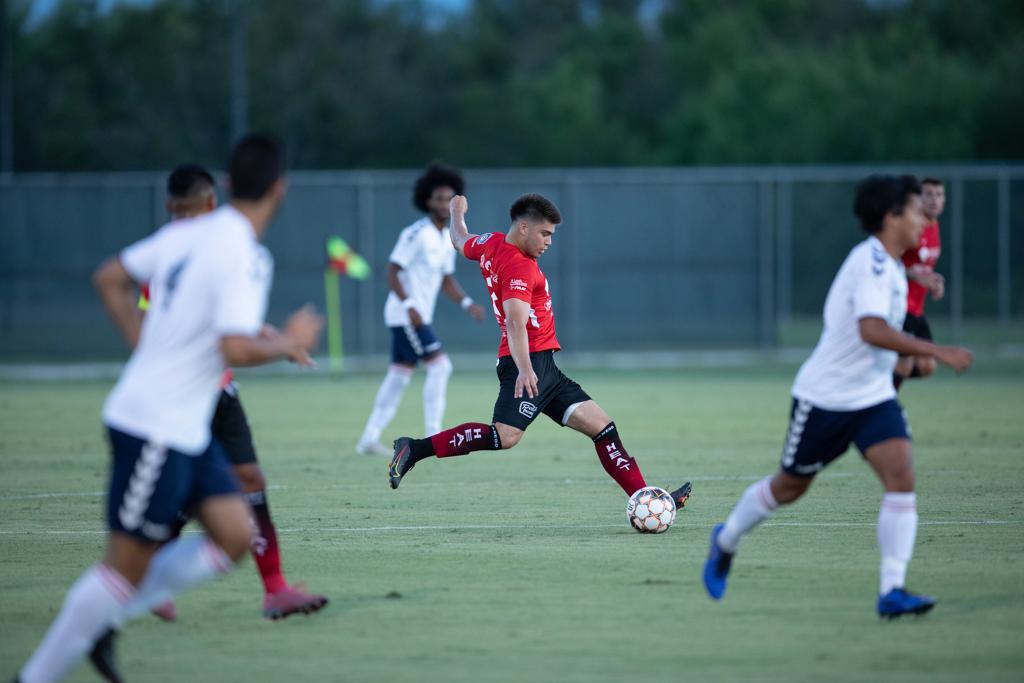 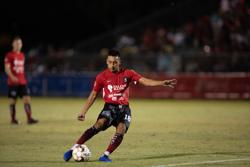 Heading into the final match of the regular season, the Laredo Heat SC could wind up anywhere from the No. 1 seed to the No. 3 seed in the Lone Star Conference by the end of the weekend. For now, the Heat’s focus is solely on taking care of business Friday to head into the playoffs on a five-game winning streak as they host the FC Coyotes at 8 p.m. at the TAMIU Soccer Complex.

“I think it is great. If you were to say at the beginning of the summer we would be playing the last game to potentially finish first in the league, I would take it,” Laredo Heat SC head coach John Powell said. “It reflects the quality of team we have and reflects the quality of work the guys have done this whole summer. We’re just excited for the opportunity to play in front of our fans for one last regular season game.”

The Heat (6-1-2, 20 points) enter the match on a 5-0-1 stretch including four straight victories. They can guarantee themselves at least the No. 2 seed and hosting the playoff opener with another victory Friday. A draw would likely accomplish that too. In the event of a draw, the Midland-Odessa Sockers FC (5-1-3, 18 points) could pull into a tie for second place with a win Saturday. Since the teams drew 1-1 in their lone meeting, the tiebreaker would come down to goal differential in league play, and Laredo leads by four heading into the final matches.

If the Heat win Friday, they will be rooting for the Sockers on Saturday as they host the league-leading Denton Diablos FC (7-1-1, 22 points). A loss or draw for the Diablos would allow Laredo to earn the No. 1 seed since it holds the head-to-head tiebreaker after beating Denton 3-2 on June 3.

“It is a huge advantage to be at home,” Powell said. “There is less travel, not to mention we’re playing in front of the best fans. Me and the boys want to reward them with multiple home playoff games. Even getting one we’d be blessed and would take that.”

The Coyotes (4-5-0, 12 points) have come alive late in the season to make a push for the playoffs. Going 3-1-0 in their past four matches has them alone in fourth place heading into the finale. However, they head to Laredo with an air of desperation.

A win would lock up a playoff spot, but a loss or draw to the Heat may end their season. Fifth-place Katy 1895 FC (3-4-2, 11 points) hosts the FC Brownsville Explorers (2-5-2, 8 points) Saturday, and sixth-place Irving FC (3-5-1, 10 points) travels to face the winless Fort Worth Vaqueros FC (0-8-1, 1 point). The Coyotes hold the tiebreaker over Katy but not over Irving, so a draw or loss Friday would mean they would need either a loss or a draw from both opponents on Saturday to advance.

“I feel like this is going to be an absolute battle,” Powell said. “It’s going to be intense and fast. There are going to be fouls and a lot of emotions. A loss or a draw ends their season in my opinion. They are desperate, and that’s a scary team to play against. Still, the focus like it has been all summer is on us. We feel that if we execute the game plan and take our chances that we’ll be in a position to take all the points.”

Friday is a rematch of the Heat’s season opener when they rolled 3-0 in Temple for one of their three clean sheets this season. Jonathan Cervantes opened the scoring in the 15th minute, and Nadav Datner scored in the 51st and 66th minutes to put the game away. It was the first of two braces on the year for Datner who leads the team with seven goals and is a nominee for the National Premier Soccer League Team of the Month for the second straight month.

“That game is so far out of our memories. We thought back then they were a good team, and now they have had a lot of changes with new personnel and new coaches,” Powell said. “They are on a bit of a run. We know that they need it. We know they are a dangerous team we have to respect and plan accordingly for, which we have. The boys know it is going to be a brand-new team they are playing against, but they are up for any challenge. They have had some great performances this summer, but the best is still yet to come. Friday will be a great time for that.”

Tickets for Friday’s match are $5 for general admission and $20 for VIP and are available now through laredoheatsc.com. Children 12 and under get in free if they wear red, and fans are encouraged to bring their own food and drinks since concessions are not available due to COVID-19 protocols.

“As we head into our last home game of the regular season, we are, in a sense, suspended in second place but can potentially hover down to third or be catapulted to first place after all the teams in our conference have played their final games this week,” Laredo Heat SC President Shashi Vaswani said. “First thing is first; we play the Temple Coyotes on July 9 at home at TAMIU. Let’s just focus on this Friday night’s game and strive for those three points. Please join us at TAMIU at 8 p.m.” 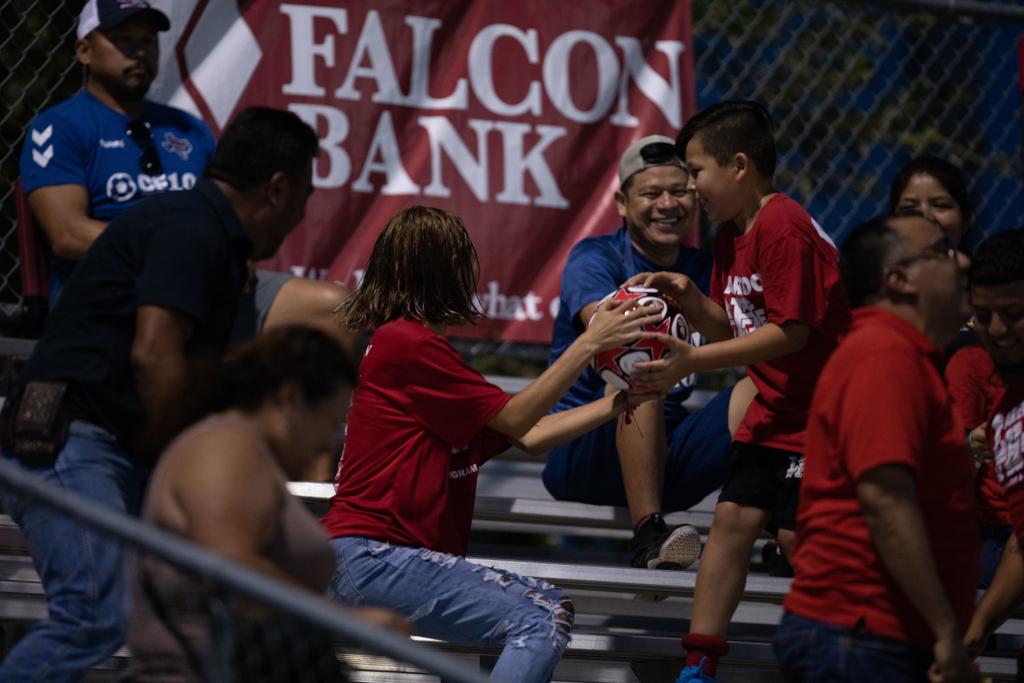 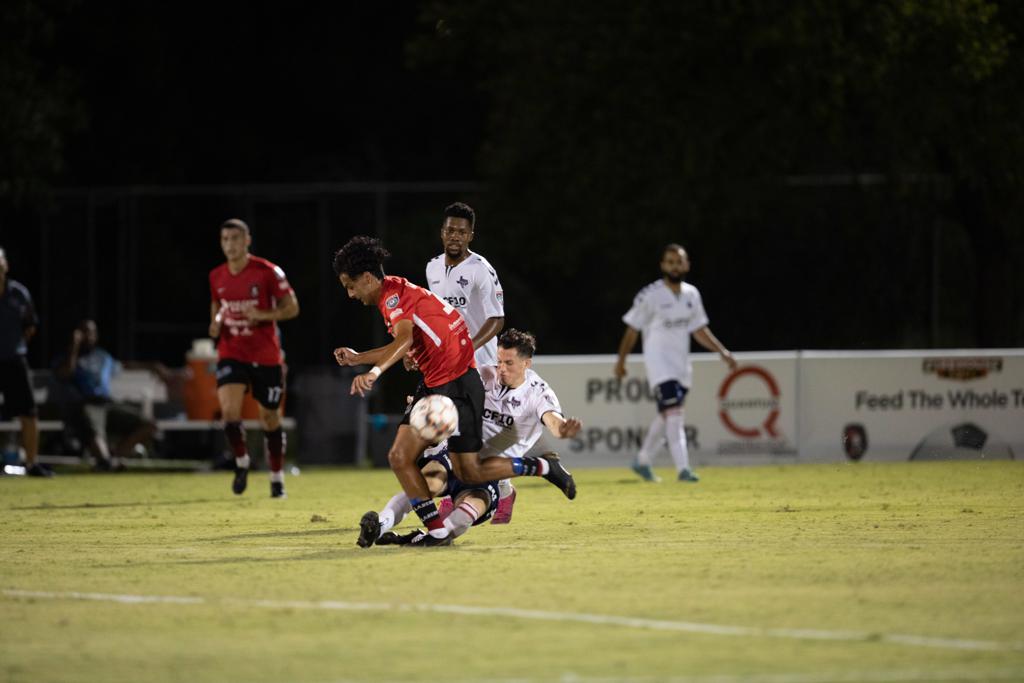 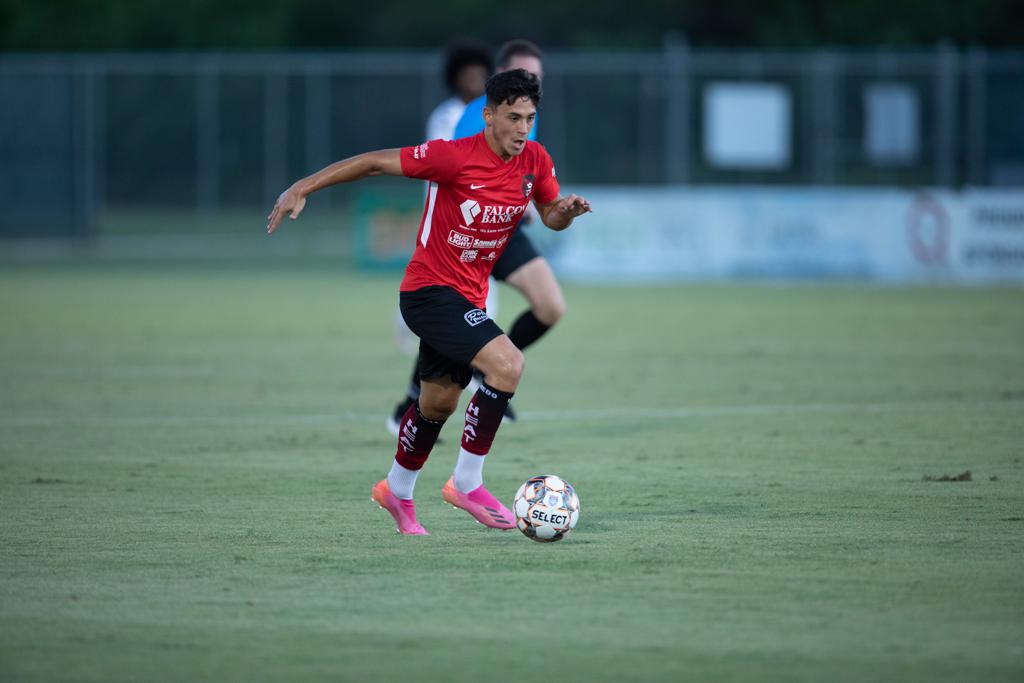