The Laredo Heat SC is eager to return to the pitch for its home opener as it hosts the FC Brownsville Explorers at 8 p.m. Wednesday at the TAMIU Soccer Complex. 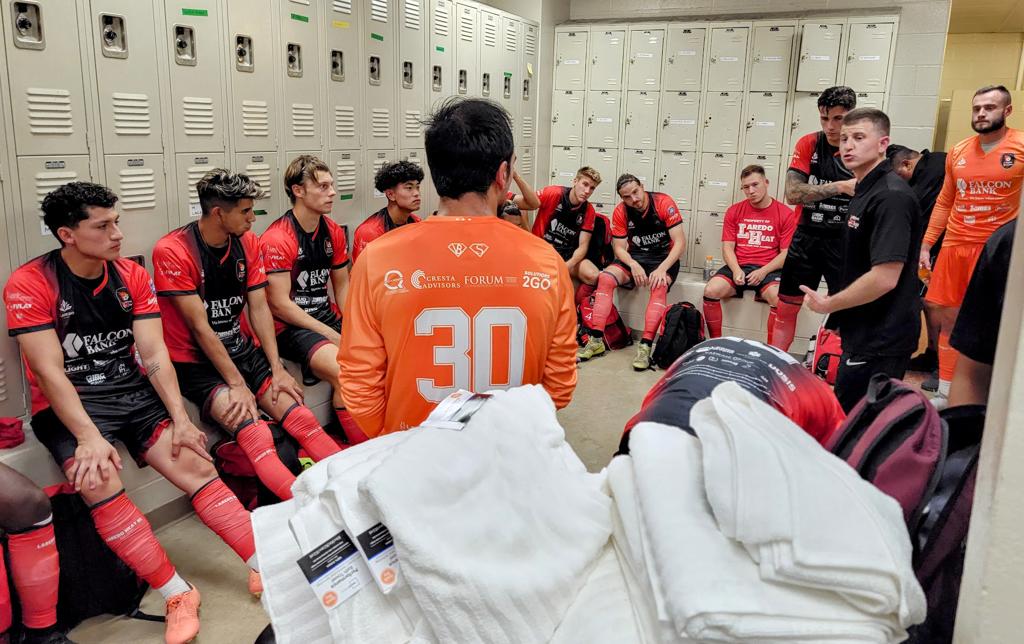 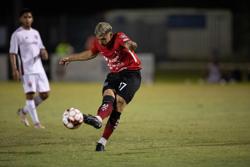 The Laredo Heat SC is eager to return to the field and earn three points as it prepares to host its home opener Wednesday at 8 p.m. welcoming the FC Brownsville Explorers to the TAMIU Soccer Complex.

“Laredo fans are the best in the NPSL,” Laredo Heat SC head coach John Powell said. “They come out and are loud. They care about the team. They will be there cheering us on for 90 minutes. We just want to do our best to put on a show that entertains them. Obviously Laredo wants a win, and so do we, so that is what we’re after.”

Coming off a 1-1 draw on the road against the FC Corinthians of San Antonio, the Heat are ready to prove they are better than the result in the season opener showed. The team came up empty on several quality scoring chances late as it searched for the go-ahead goal, and it focused this week on finishing those chances.

“We approach every game the same way. We just need to be more strict and more clinical in the final third,” Heat defender Dimitrios Leonoglou said. “The team is preparing well. The practices were perfect, so I think we’ll get the three points. It will be very important for the team to start better.”

Laredo fell behind in the 33rd minute in Friday’s season opener as a long deflection on a header from 40 yards out found a forward behind the defense. It rallied for the equalizer in the 57th minute as Leonoglou placed a free kick into the box from 55 yards out. Fellow defender and Heat captain Lewis Wilson charged forward and sent an arching header into the net to level the score. Laredo found players breaking free up the wing several times the rest of the way but was kept out of the net.

FC Brownsville is already the only team with an unblemished record remaining in the Lone Star Conference as it won its only game 3-1 on the road Saturday against the Austin United FC. Laredo swept the series last year winning 4-0 at home and 4-0 on the road. With a win Wednesday, the Heat would go to the top of the table and take back control of their destiny in the division.

“The expectation from everybody involved is always three points,” Powell said. “The expectation is to hold ourselves to a high standard. Nothing changes. The result on Friday means absolutely nothing after the whistle for me. It’s about getting ready. We know Brownsville is a very good side and we want to take three points at home.”

After having only three full practices before playing the first game, the weekend allowed the players an opportunity to get in some team building. They continued building that bond during a pair of quality practices to open the week.

“The guys are coming together more and more every single day,” Powell said. “You are seeing personalities come out. You see friendships forming and becoming more than surface level. That can only help us on the field.”

The practices this week featured a few new faces as the last pending players made their way to the Gateway City. Defender Diego Quintana and midfielder Masaya Sekiguchi arrived in Laredo, and forward Gabriel Gacovicaj rejoined the team after helping last year’s squad make a run to the Lone Star Conference championship game.

“The biggest thing they are going to bring is more quality to the side,” Powell said. “We felt like we had good depth to start, and now it is that much better. It makes the selection of the 18 a lot more difficult, but that’s the environment we want. You are always being pushed. There are no guaranteed spots in the starting 11 or in the 18 that dress. That is the culture we are after.”

Sekiguchi previously played at Cowley College and is transferring to Marshall, the 2020 Division I national champions. The Ibaraki, Japan native had nine goals and 11 assists in the 2021 season to earn first-team all-conference and all-region honors.

Quintana is a Chicureo, Chile native who plays at Iowa Western Community College. He recorded a pair of assists from the back line last season as he helped the Reivers win the NJCAA DI national title.

Gacovicaj is a Rimini, Italy native who appeared in 14 games with 11 starts last season for Texas A&M International University. He finished second on the team with four goals trailing only fellow Heat player Kristian Colaci who scored 12. Gacovicaj scored five goals in 10 regular season games last year for the Heat.

“Masaya came in as a JUCO transfer from Cowley College and he’s going to Marshall now which was a DI national champion a couple years ago,” Powell said. “Diego is an outside defender who is quick, pacey, technical and a very good 1 vs. 1 defender. Gaco is a proven goal scorer at this level. Those are three fantastic additions after Day 1. The competition we have seen the past couple days since their arrival has been great.”

Wednesday’s home opener will be the first in a stretch of three games in seven days. The Heat also host matches on Saturday, May 21 and Tuesday, May 24. Tickets are $5 for general admission and $20 for VIP access, and children 12 and under get in free. All three games begin at 8 p.m.

“It will be so good. People will come see us, the pitch is perfect and the team is ready,” Leonoglou said. “We practiced so well. I think it will be a very good first home game for the season.” 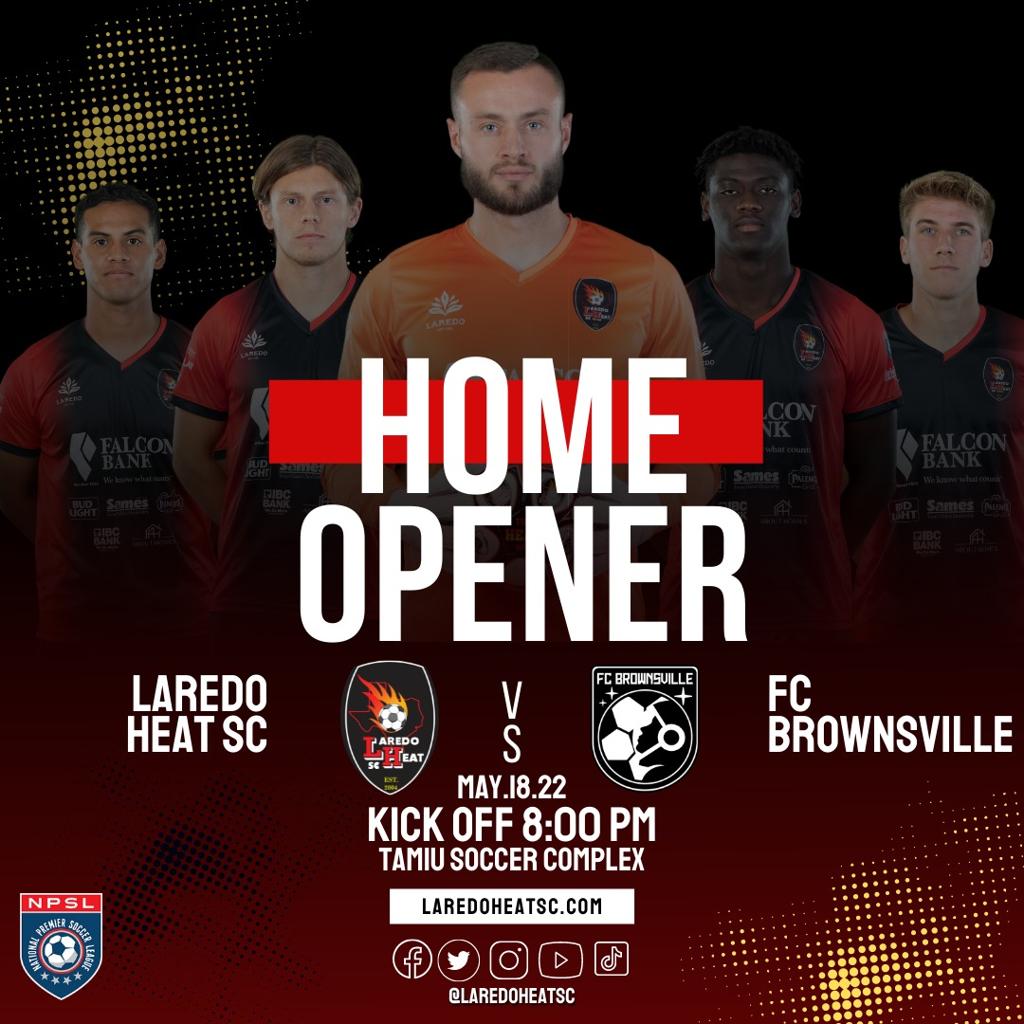 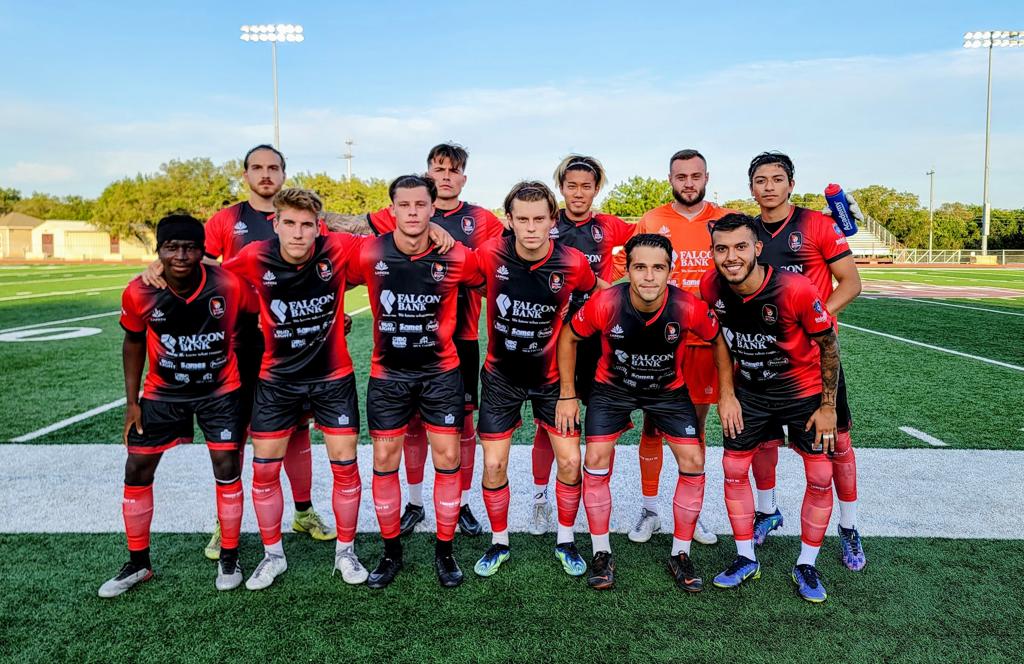 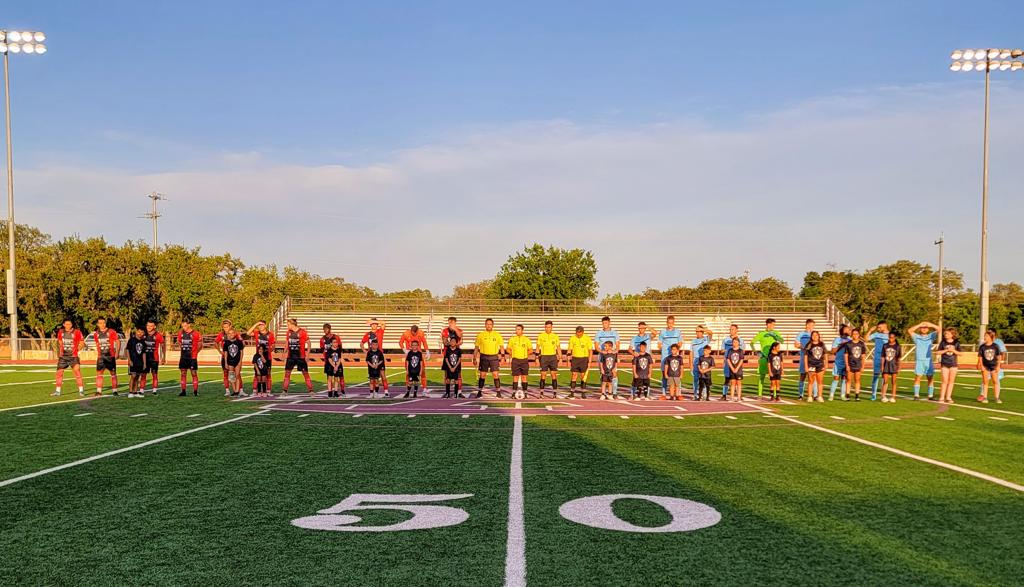