The Laredo Heat SC scored two quick goals and protected that lead the rest of the way winning 2-0 in its home opener Wednesday against the FC Brownsville Explorers. 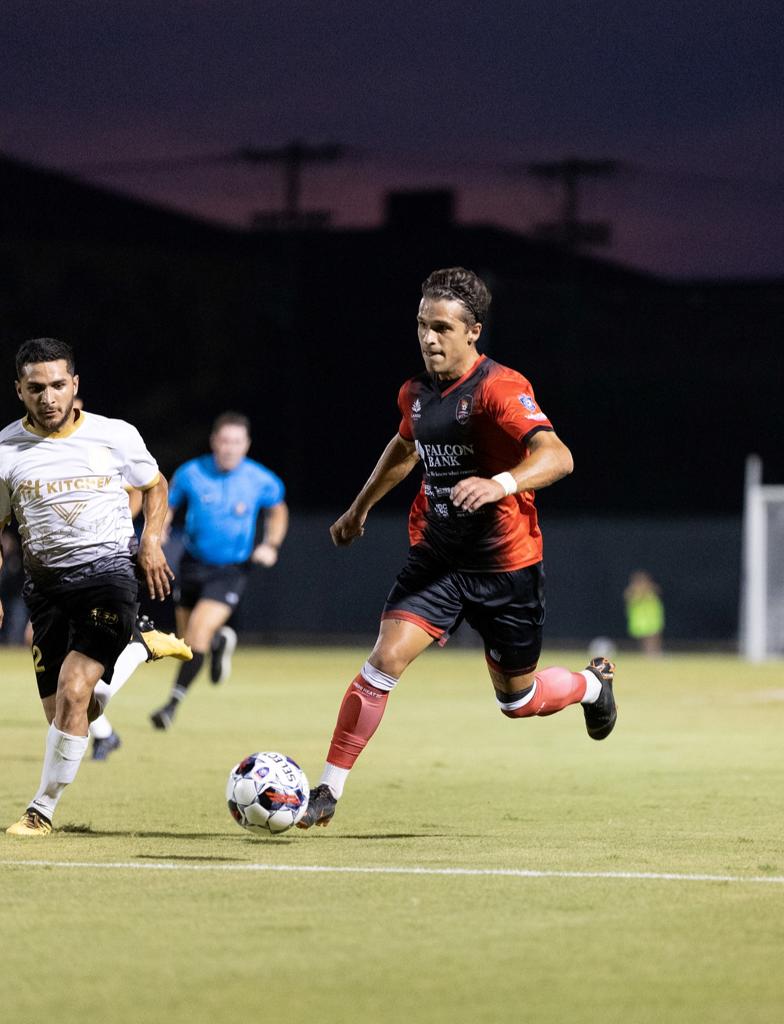 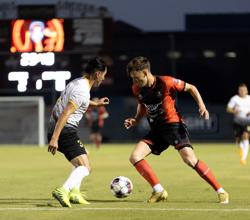 After being disappointed by missed opportunities in the season opener, the Laredo Heat SC took care of business early in its home opener scoring twice in the first 15 minutes and protecting that lead the rest of the way in a 2-0 victory over the FC Brownsville Explorers on Wednesday at the TAMIU Soccer Complex.

“It was a great start from us. We said it over and over again all week that we’re going to impose ourselves on teams. That’s what we did,” Heat head coach John Powell said. “Obviously we’d like to execute a little bit better, in the second half especially, but it doesn’t take anything away from their effort. We got three points at home, and that’s what it’s about.”

The Heat (1-0-1, 4 points) emphasized finishing throughout the week in practice since they felt several goals were left on the field in the 1-1 draw at FC Corinthians of San Antonio in the season opener last Friday. The work paid off early as Laredo generated four scoring chances and converted two of them to build a 2-0 lead in the 15th minute with goals from forwards Kristian Colaci and Roberto Ordonez.

“We played very well for the first 20 minutes and were lucky to score two goals,” Colaci said. “Sometimes you can win without always playing nice. We got the win also playing defensively, and we are happy with that. It is great to get three points in our first game at home.”

Colaci, Ordonez and the rest of this year’s newcomers got their first taste of the home crowd at the TAMIU Soccer Complex and fed off the energy early.

“The atmosphere was crazy. The fans are amazing,” Colaci said. “There were so many people. We hope to see the same people and even more on Saturday.”

Laredo went on the defensive after the early goals, and it struggled with giving up set pieces as Brownsville (1-1-0, 3 points) combined for more than 15 corner kicks and free kicks. However, the Heat allowed very few chances off them on the way to their first clean sheet of year led by key saves from Connor Durant.

“I gave them four points for the match, and the fourth point was to win the set piece battle,” Powell said. “They may have earned more set pieces, but we defended all of them extremely well.”
With the win, the Heat moved into a three-way tie at the top of the table in the National Premier Soccer League’s Lone Star Conference along with the Denton Diablos FC and the Corinthians.

“It’s massive. The objective was pretty simple to get the three points,” Powell said. “We focused all week on how to get them rather than getting them, but once it gets to game day that’s the objective. The boys executed, and I’m very proud of their effort.”

Wednesday’s victory featured a local player on the back line throughout the entire match. Sebastian Rivera made his second straight start for the Heat, and he subbed out early in added time as his younger brother Jose Rivera took the field.

“The community is so great, and being able to have the local guys on the field always makes it a little bit sweeter,” Powell said.

Laredo wasted no time in threatening as midfielder Jordan Mase put a cross just in front of the net which was deflected away by the keeper in the opening two minutes. Colaci was knocked down in the box by the keeper in the eighth minute to earn a penalty kick. He scored on the attempt, but it was waved off due to players entering the box early. His second attempt went off the crossbar and narrowly missed going into the net.

Colaci had an immediate shot at redemption as he put the Heat on the board a minute later. Ruben Nielsen gathered a pass from Sebastian Rivera up the right side and hurdled over a slide tackle to get behind the defense in the right corner. He crossed the ball around two defenders to the center of the goal area where Colaci and Daisuke Takanaka were both waiting, and Colaci one-timed it into the left side for a 1-0 lead.

“It was a relief. Playing my first game at home and being able to score in front of the fans made me really happy,” Colaci said. “I have to thank Ruben for the assist on my goal. It was a great pass. I’m hoping to score another one, or maybe two or three, on Saturday.”

“Ruben was electric. He was great when he came off the bench Friday, and he did the same stuff now just for a longer period of time,” Powell said. “It was great IQ from him to score that ball across. Colaci, coming off the weird penalty situation, just buried his very next touch. That was great.”

Colaci nearly had second goal a few minutes after that as he caught the keeper out deep and leapt over him. Colaci cut around another defender and shot on target from 20 yards out, but a defender moved into the net and kicked his shot away. Luckily for the Heat, Roberto Ordonez charged in for the rebound and buried it with a left-footed shot into the lower-right corner for a 2-0 lead in the 15th minute.

“He did a great job,” Colaci said. “He was ready for the rebound and scored. I’m happy for him.”

“You get the one goal, and we always talk about in the next five minutes can we get another chance,” Powell said. “We did exactly that and we buried it, and that was enough to see us through.”

The Explorers had six corner kicks in the first half including three from the 33rd to 36th minute, but they failed to register any shots off the set pieces.

It was a defensive battle in the second half as Brownsville controlled possession throughout and held the Heat to one shot on goal. The biggest chance for the Explorers came in the 69th minute as Durant made a diving save to knock the ball away from the lower-right corner on a shot from 6 yards out.

The Heat are back in action Saturday at the TAMIU Soccer Complex as they host an 8 p.m. match against the Temple Coyotes FC (0-0-1, 1 point). They Coyotes drew 3-3 in their lone match against CF10 Houston FC.

Tickets for Saturday’s match are $5 for general admission and $20 for VIP, and children 12 and under get in free. Fans are permitted to bring their own food and drinks to the game.

“The fans are the best,” Powell said. “They are loud and they are engaged, and I know that they’ll be back out again on Saturday.” 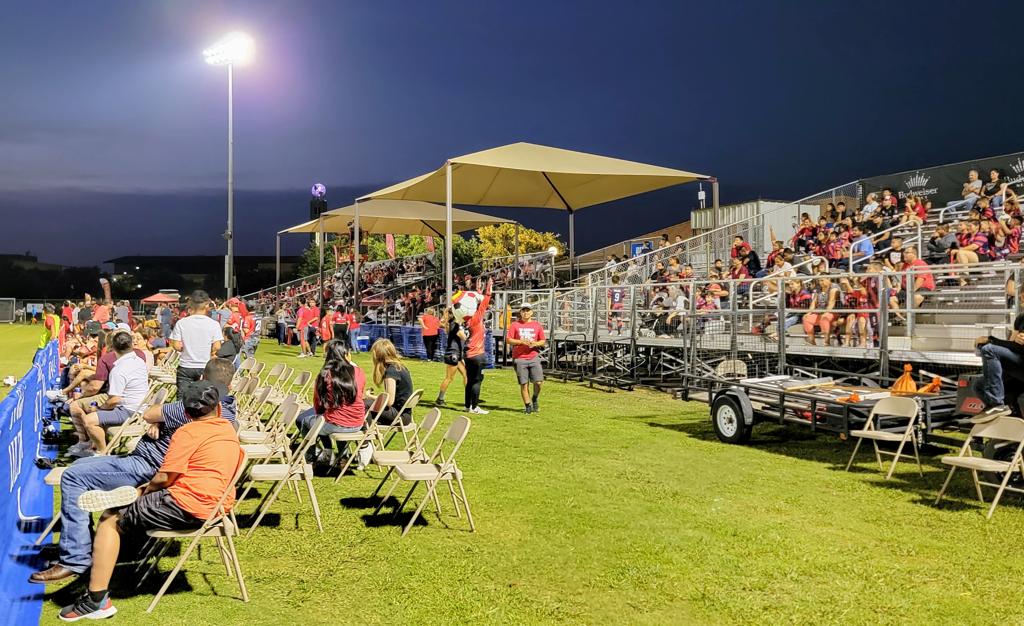 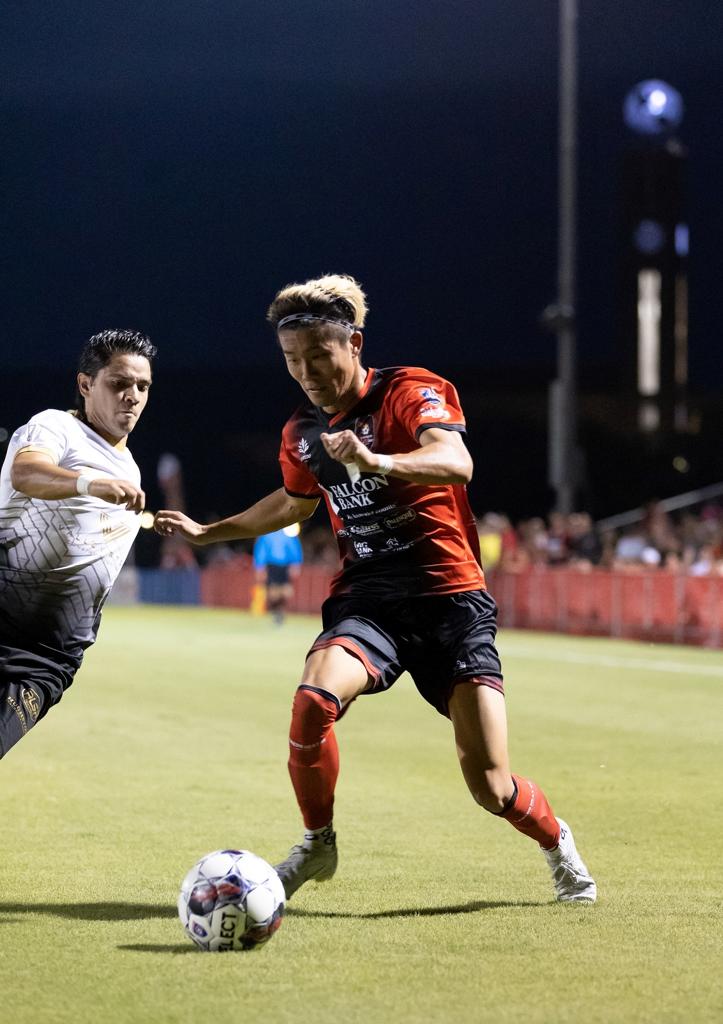 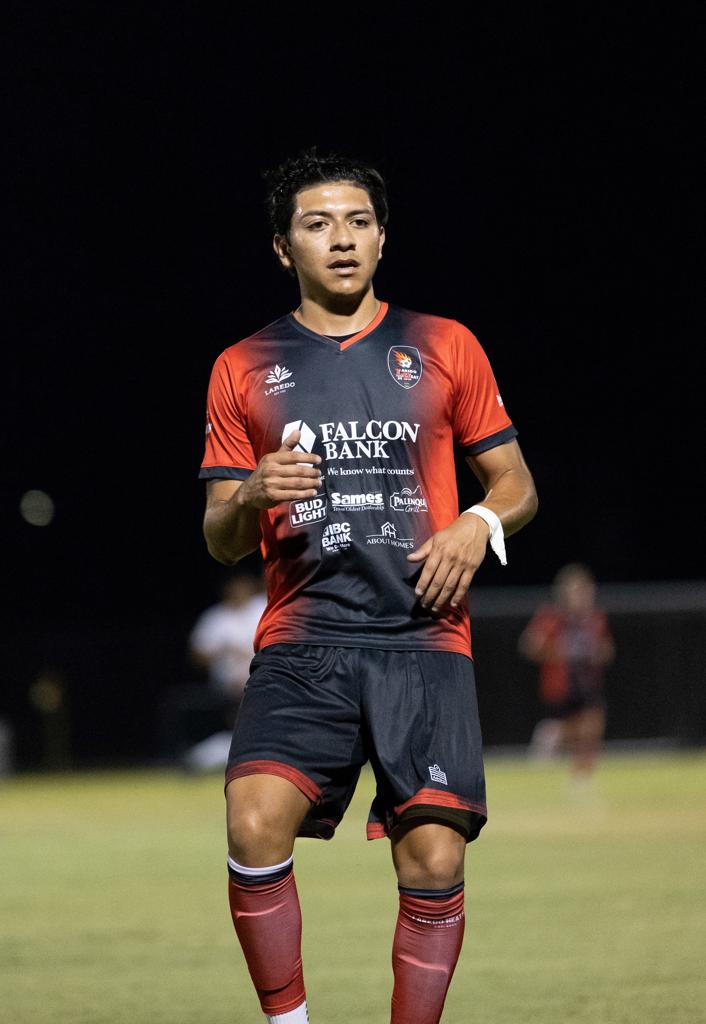