The Laredo Heat SC pulled away in a weather-shortened second half to beat the Austin United FC 5-1 on Tuesday at the TAMIU Soccer Complex. With the win, the Heat swept a three-game homestand and remained atop the Lone Star Conference standings. 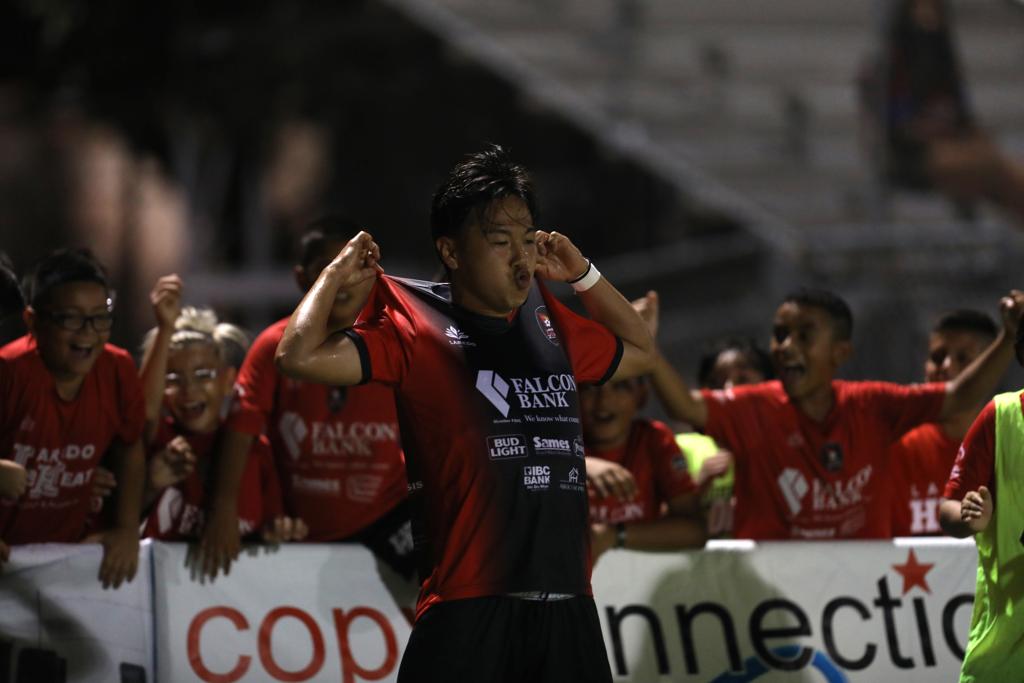 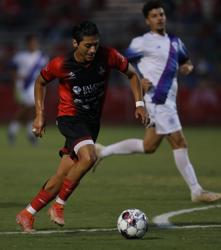 A dominant second half drove the Laredo Heat SC to a 5-1 victory Tuesday over the Austin United FC Flyers in a weather-shortened game as it swept its three-game homestand at the TAMIU Soccer Complex over the past seven days to stay atop the Lone Star Conference Standings.

“That’s the expectation,” Heat head coach John Powell said. “We knew we had these three home games and that we were going to take them one at a time. Obviously it adds up with nine points. That’s very good from three games.”

The Heat (3-0-1, 10 points) continued their stretch of setting a new season high for goals each game as they followed up a 1-1 draw with 2-0 and 4-0 victories before racking up five goals Tuesday. Four of those goals came during a second half that lasted only 41 minutes as the game was called in the 86th minute due to lightning in the area. Minutes after the game was called, rain and hail began to hit hard.

Laredo is in a two-way tie for first place in the division following Tuesday’s games. The Corinthians FC of San Antonio (3-0-1, 10 points) won 4-2 over CF10 Houston FC to remain tied for first, and the Denton Diablos FC (2-0-1, 7 points) had their match against the Temple Coyotes FC indefinitely postponed due to inclement weather. With Tuesday’s season-high five goals, the Heat are one up on the Corinthians for the conference lead with 12 goals through four games.

The Heat threatened early and often in the first half. Daisuke Takanaka drew a free kick in the 2nd minute and Gabriel Gacovicaj’s shot was saved. Roberto Ordonez had a shot deflected wide in the 8th minute, and Gacovicaj sent a deep shot off the crossbar in the 12th.

Laredo broke through in the 17th minute as Nozomu Kamei sent a cross from the far right into the top right corner of the goal box. The cross was right on target for Ordonez who headed a shot over a diving save attempt by the keeper for his second goal of the season.

“We came out from the first whistle and asserted our dominance,” Powell said. “We got the first chance, the first tackle and the first set piece, all the things we wanted to do. It was a great finish from Ordonez.”

There were several other close calls the rest of the half as Gacovicaj had a shot cleared away by a defender just before crossing the line in the 27th minute, a header from Lewis Wilson off a corner kick was on target but deflected away in the 34th minute, and another goal from Ordonez was waived off due to offsides.

Laredo nearly took the lead into the half, but an Austin forward was knocked over while chasing down a ball in the box in the 45th minute. The Flyers were awarded a penalty kick and converted to level the match. The goal ended the Heat’s scoreless streak at 281 minutes of regulation plus added time.

“I loved the start, but there was a moment there in the first half where we took our foot off the gas,” Powell said. “Probably my only disappointment is losing the clean sheet, and it’s more about how we did it. It was a poor turnover around the middle, a poor decision to bring down someone in the box and then conceding from the spot. There’s some frustration with that, but winning 5-1 and getting another three points at home, there are no complaints here.”

The Austin goal scorer celebrated by running to the sideline and blowing several kisses to the Laredo faithful. His celebration did not age well as it seemingly woke the sleeping bear with Laredo’s offense taking charge coming out of the break.

"We started the first half really strong and scored right away,” Heat forward Kristian Colaci said. “They got it to 1-1 off the penalty kick, which I’m not really sure if it was a penalty or not. In the second half we turned it around. We played really well and scored four goals.”

Powell was pleased with how the team responded to the adversity. After losing the lead just before halftime, the Heat recorded a shot on goal in the opening minute of the second half and pulled ahead for good in the 52nd minute. Working up the middle, Takanaka executed a give-and-go with Gacovicaj as he got the ball back near the top-left corner of the box and put a left-footed shot to the far side of the net. It was the first goal of the season for Takanaka and the first assist for Gacovicaj after he recorded a hat trick in his season debut on Saturday.

“The response from the team was great,” Powell said. “Heads were not down. They were motivated. They came together as a group and said, ‘Alright, that’s it. Nothing else, no other slip ups. Let’s go.’ The response to get four goals in a shortened second half was pretty impressive. I applaud them for that.”

Less than a minute after he checked into the game, Colaci broke free to extend the lead thanks to a heads-up play from Ruben Nielsen. Throwing in from well beyond midfield, Nielsen caught the defense out of position and Colaci gathered the long toss near the top-right corner of the box. Colaci juked out a defender and cut to the right toward the end line, and he shot around the keeper from the difficult angle to extend the lead to 3-1 in the 69th minute. It marked the third straight game with an assist for Nielsen.

“Ruben is a fantastic player. His IQ is through the roof,” Powell said. “It was a heads up play, and Colaci had a great finish.”

“It was really smart by him. It was a great throw in,” Colaci said. “He passed me the ball, and all I had to do was run and it was an easy goal. It was a great play by Ruben. My second goal was also set up by an amazing pass by Ruben in the middle. The subs in this game made a difference, and so did the players who played the whole game. Everybody played well.”

Colaci helped add to the lead with his cross on a free kick from the left edge of the box in the 76th minute. After his cross was redirected by a defender, Sekiguchi tapped it toward the right to Wilson. Wilson took a step away from the net then hit a backwards pass with his heel to Sekiguchi who one-timed it into the right corner for his first goal with the Heat.

“We have an amazing team and a deep squad. Everybody can play,” Colaci said. “Anybody can come in off the bench and make a difference. We are very deep and can make a lot of subs. We can change players every game and the result is not going to change. We won 5-1 tonight with different players. We have a really good team.”

The final goal started with a deep pass from Jordan Mase connecting with Nielsen on the right edge of the box. He crossed to Daisuke near the left post. His shot was knocked away by the keeper, but Colaci was ready for the rebound and deflected it in off the chest of a sliding defender. The Heat nearly added to the lead two minutes later, but the flag went up on a goal by Takanaka.

“Daisuke and Masaya’s finishes were also class,” Powell said. “The goals were good goals. The guys earned all the goals tonight. I’m very happy. We want guys scoring, and we want a lot of them scoring, so I’m very happy about it.”

After playing three home games in seven days, the Heat have what comparatively feels like an eternity to prepare for their next match with three off days. Laredo will attempt to pick up its first road victory as it travels to take on CF10 Houston FC (0-2-1, 1 point) at 7 p.m. Saturday.

“It feels good knowing we’ll be able to get a proper recovery and a day off and then get a training session in before we play. I’m really pumped about it,” Powell said. 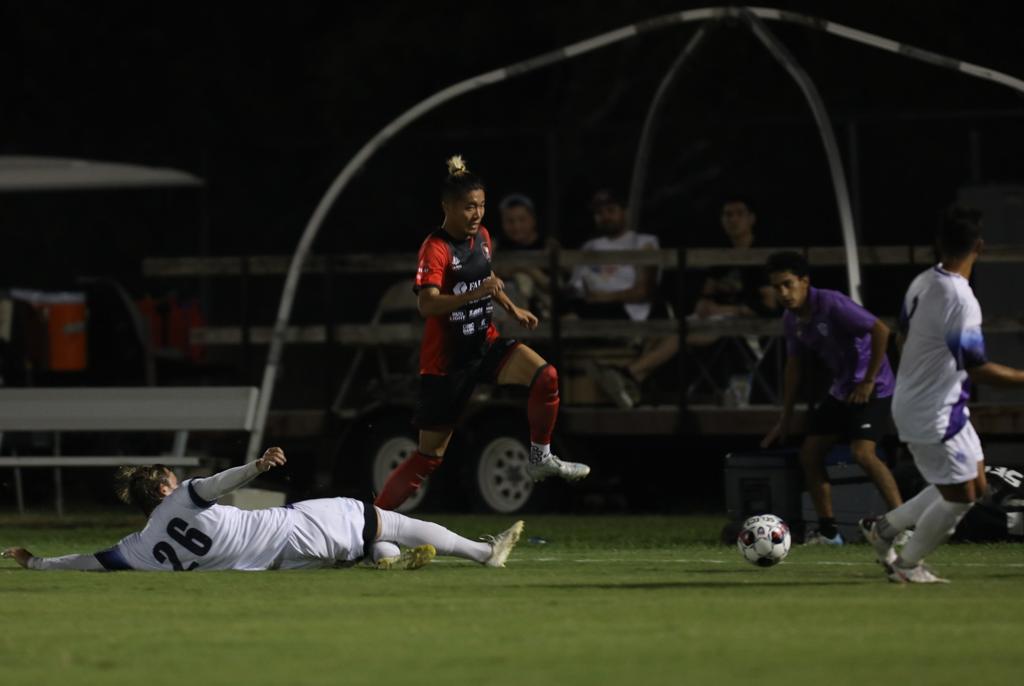 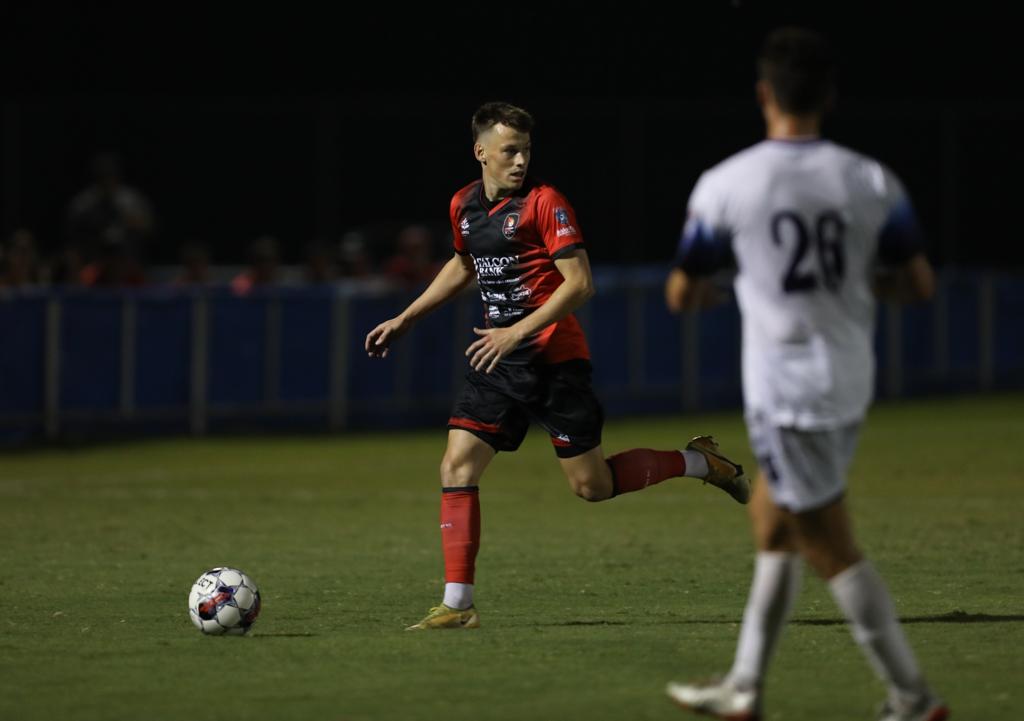 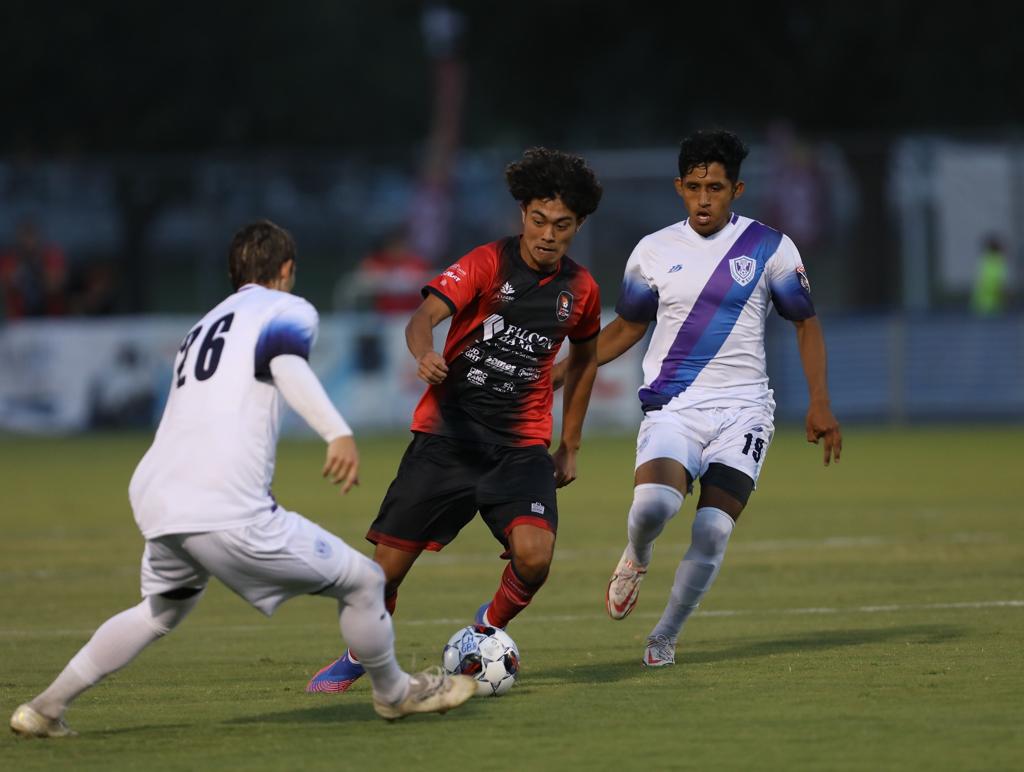 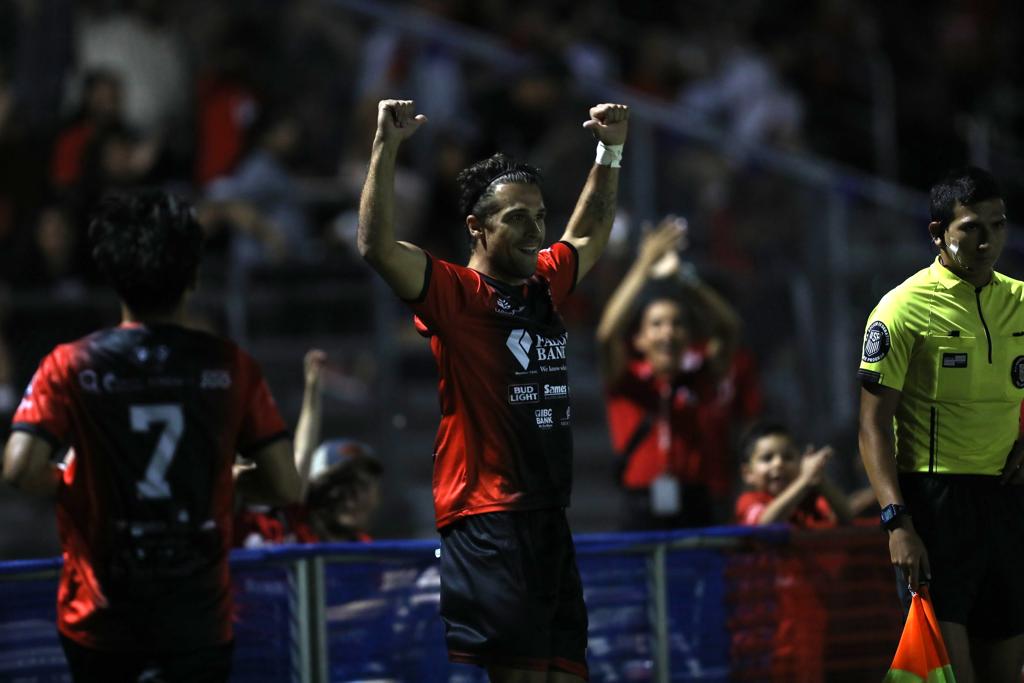