The Laredo Heat SC secured a playoff berth and strengthened its position atop the table in the Lone Star Conference with a 5-1 victory, its third in seven days, over the CF10 Houston FC on Wednesday at the TAMIU Soccer Complex. 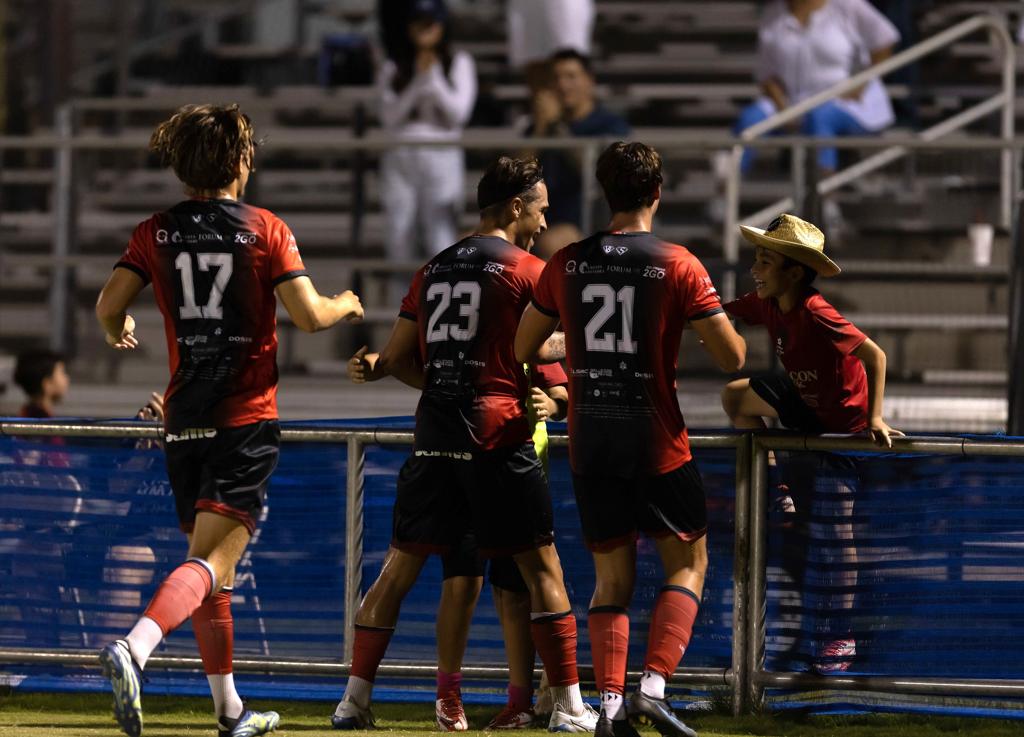 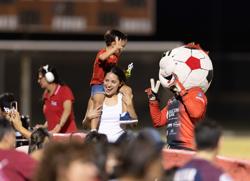 A third victory in the span of a week allowed the Laredo Heat SC to achieve its first goal for the season Wednesday by locking up a playoff berth with a 5-1 victory over the CF10 Houston FC at the TAMIU Soccer Complex while also strengthening its hold on first place in the Lone Star Conference.

“We talked about this season and broke it down into goals,” Heat head coach John Powell said. “We obviously want to win the league, and you can’t do that if you don’t get into the postseason. So our first goal is now achieved.”

The Heat were led by a pair of braces as forward Kristian Colaci and midfielder Jordan Mase continued hot streaks. Colaci has scored in four of his past five appearances and has a team-leading eight goals through nine appearances. Mase picked up his second assist of the year on Colaci’s second goal and recorded a brace for the second time in three games as he was also crucial in Thursday’s 3-1 victory in Denton.

“It feels great. That’s why I’m here is to contribute to games and try my hardest,” Mase said. “It’s nice now that it’s starting to fall my way a little more.”

“They are so good. They are in good form, they are good players and they are really good guys,” Powell said. “I keep saying give me those two guys on any team I ever coach. They are coachable, they work as hard as they possibly can, and they give you the end product. I’m happy for them and they deserve it. I can’t wait to see what’s next because they have not even peaked yet.”

After starting in last week’s two key victories on the road trip to North Texas, midfielder Daisuke Takanaka made the selfless move of coming off the bench and playing out of position Wednesday to help the team. He subbed in at left back in the 70th minute for Liam Morrison. When Mase exited the match with an injury in the 76th minute, Takanaka swapped positions to winger. Less than two minutes later, he picked up his second goal of the season to round out the scoring.

“Daisuke is so fun to coach. We had some injuries at outside back, so I told him he deserved to be starting but I needed to hold him and didn’t know where he’d go when he entered the match,” Powell said. “He said he’d do whatever we need. He played a little bit of left back, and then we had another injury and moved him to winger. He had a moment of pure individual brilliance and buried a goal that was fully deserved.”

With a playoff spot secured, the focus for the final two matches switches to securing the No. 1 seed in the Lone Star Conference and homefield advantage. Thanks to the three victories in seven days, Laredo (8-1-1, 25 points) has several scenarios for clinching the top spot.

The Heat would claim the top spot with a win in next Saturday’s finale against the FC Corinthians of San Antonio (7-1-2, 23 points) or with a win next Wednesday over the FC Brownsville Explorers (6-3-0, 18 points) and a draw against San Antonio. If the Corinthians lose or draw Saturday in Brownsville, a win in either remaining match gets the job done. In that scenario, even just a draw in the finale could be enough if Denton (5-2-1, 16 points) suffered a loss or draw in one of its final four matches and Brownsville has a loss or draw in its final three.

“Locking up the playoffs was the goal at the start of the day, and it feels good that we have it wrapped up,” Mase said. “We have to keep taking each game as it comes and keep pushing forward.”

Laredo put an emphasis on starting strong and pulling ahead early Wednesday, and it delivered on that goal. The first corner kick of the night in the fifth minute didn’t generate a chance, but the Heat gathered the clearance and maintained possession. Twenty seconds later, midfielder Colton Shafer passed down to center back and Heat captain Lewis Wilson on the right sideline. He passed to Mase on the right edge of the box, and Mase took care of the rest with a hard shot into the top of the net.

“It settles everybody down when you score early,” Mase said. “It has happened a couple times now where you get a goal early and everyone settles down easier and the game starts to flow. It sets you up for the rest of the game.”

The Heat dominated possession the rest of the first half and came up empty on several scoring chances before breaking through again on the final touch before halftime. Deep into the fourth minute of added time, midfielder Erwin Regules scooped a pass over the last defender to Colaci up the left side, and he beat the keeper on the short side to take a 2-0 lead into the break.

Regules was making his first start and third straight appearance since joining the team. He was directly involved in a goal in each of the three wins over the past week, and he picked up his second assist on Colaci’s goal.

It was another quick starter in the second half as Laredo earned its eighth corner of the night in the 55th minute off an attempted bicycle kick by Colaci. Mase delivered a cross directly into the middle of the box, and Colaci headed it home for a 3-0 lead.

“It was a great cross,” Colaci said. “It feels good scoring eight goals in nine games. I feel really happy with the performance of the team and my performance.”

Mase picked up his brace in the 62nd minute as midfielder Teddy West redirected a loose ball up to him. He passed back to West on the left side, then Mase gathered a cross from West and shot off the bounce into the lower right corner.

Houston broke up the shutout in the 65th minute off a deflection with a shot high into the back of the net. While he lost his shot at a sixth clean sheet, goalkeeper Connor Durant got his revenge by assisting on the final goal. His goal kick in the 77th minute traveled nearly 70 yards to Takanaka on the left side. He turned up field, cut around one defender toward the middle and split another pair of defenders with a shot into the lower left corner.

“We had a great game. We pressed really well,” Colaci said. “Jordan scored that banger early. It was a great goal. In the second half we came out stronger, we had more opportunities and we finished all the opportunities. We are showing everyone we are a strong team. We played well against Denton and took care of business in Fort Worth, and now winning here 5-1, we did a great job.”

Coming off three matches in seven days, the Heat have the opportunity to rest up for the home stretch with a week off before traveling next Wednesday for a 7:30 p.m. game in Brownsville. It was a tight matchup when they met in Laredo in the second game of the season as the Explorers reached double figures in corner kicks but couldn’t convert as the Heat held on to win 2-0. The regular season concludes at home with an 8 p.m. match on Saturday, July 9 against San Antonio.

“For now, the biggest focus is to address the bodies. It was humid and we had a lot of cramping. We’ll give them a couple days off and get our bodies right, then we’ll get ready for a really difficult match,” Powell said. “I believe Brownsville was the only team so far that has outplayed us, so we kind of have a chip on the shoulder. We know we are going to see a very good team, and we want to show that the boys we have are the real deal.” 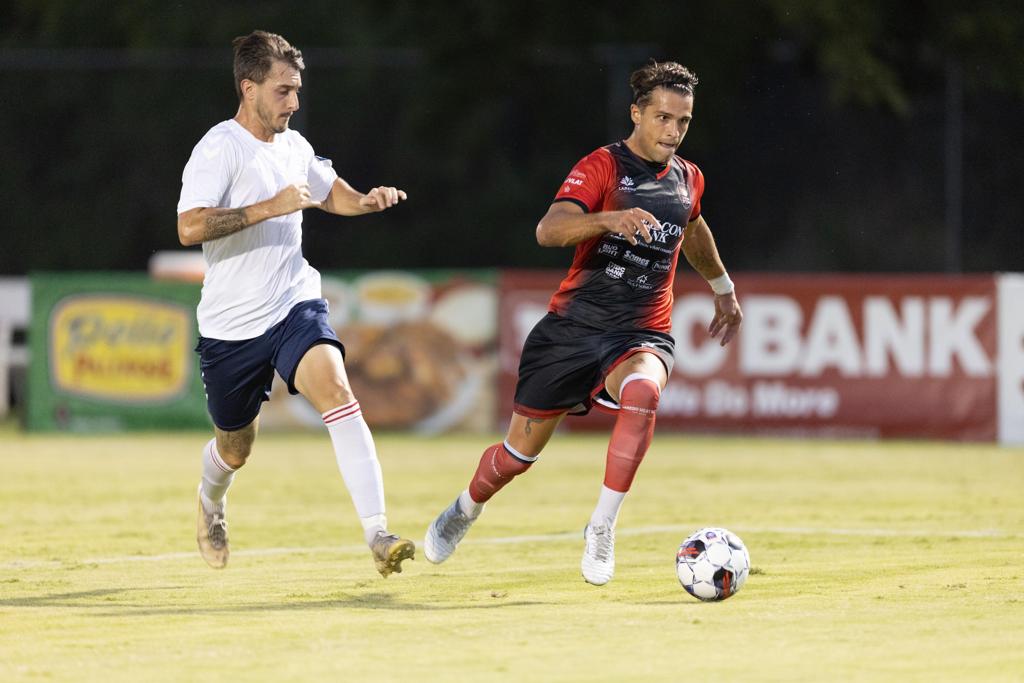 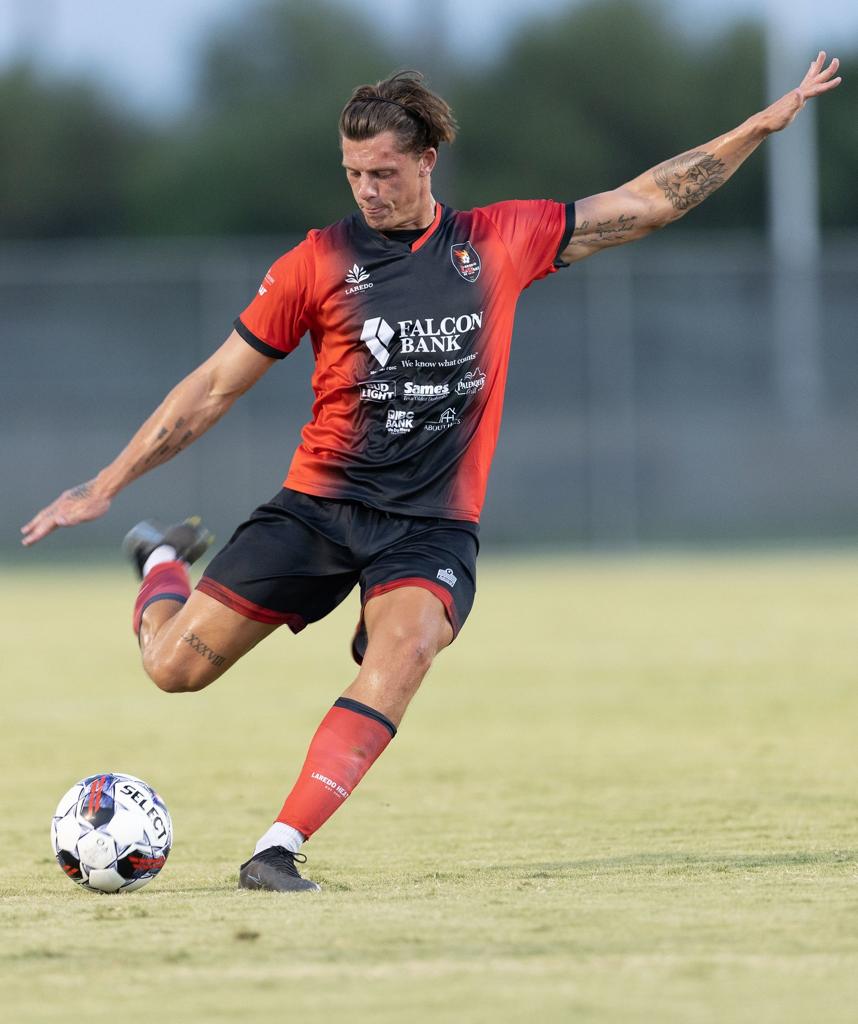 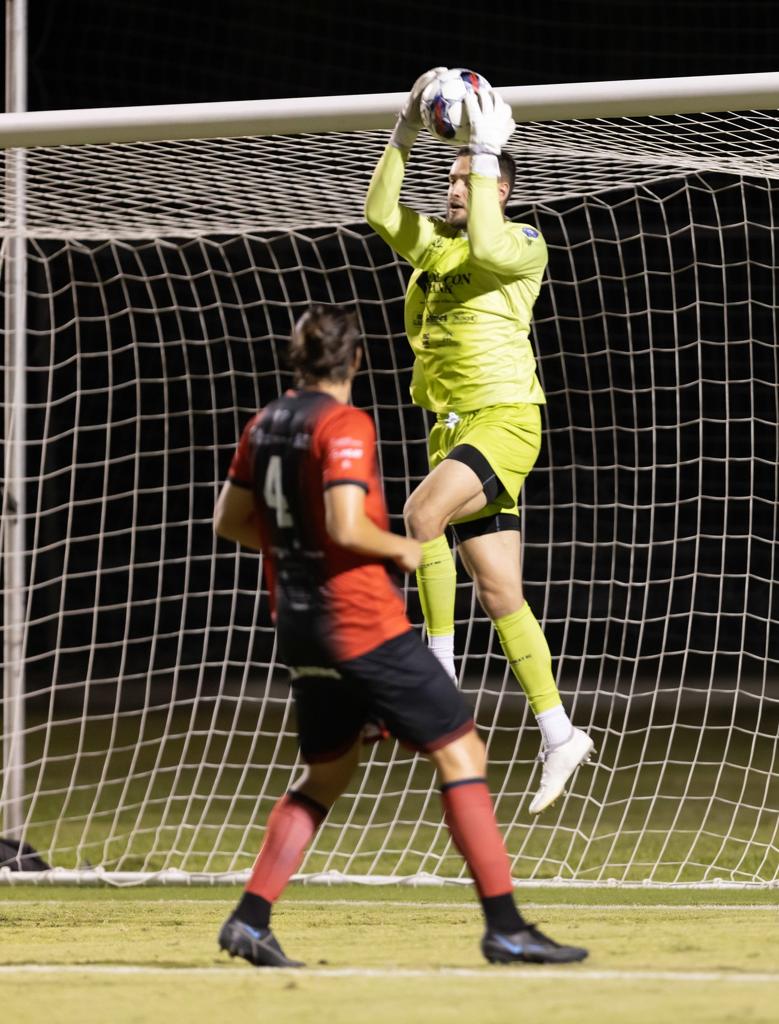