The Laredo Heat SC is playing in the Lone Star Conference championship match for the third time in four seasons as it hosts the Corinthians FC of San Antonio at 8 p.m. Saturday at the TAMIU Soccer Complex. 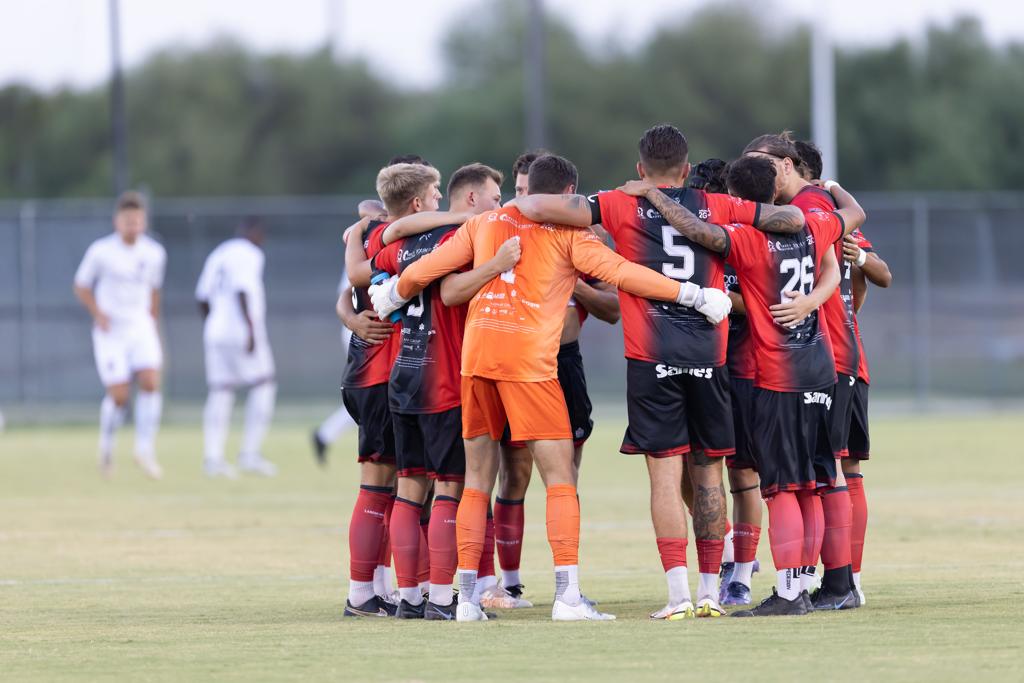 After tying twice, Laredo and Corinthians set to battle for title 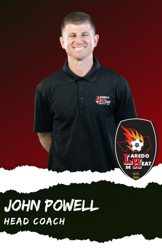 An opportunity the Laredo Heat SC has waited for and worked toward the past year comes to fruition Saturday as it is back in the Lone Star Conference championship hosting the Corinthians FC of San Antonio at 8 p.m. at the TAMIU Soccer Complex.

“We talk all the time about how the fans out here are the best,” Heat head coach John Powell said. “We’ve done a good job of matching their energy. We’ve provided the entertainment and they’ve supported us. It has been a great relationship. There’s no better way than to do it again but this time for a conference championship. We’re reveling in the chance to get to play in front of the home fans again.”

The Heat (9-1-3) are in the conference championship match for the third time in four seasons in the National Premier Soccer League. The club won the title in 2018, and last season it fell on the road against eventual national champion Denton. Powell and the rest of the organization have been focused on getting back to this point since that loss a year ago, but the team is keeping its focus solely on the task at hand and not the bigger picture.

Laredo earned its spot in the championship match by edging the Irving FC Gallos 3-1 on penalty kicks Tuesday following a scoreless draw through regulation and overtime. It was the Heat’s third match in the span of a week, so they were thankful to have three off days to get healthy and prepare for the finals.

“Even though it’s a final, we are taking it like we take every other game. It is one at a time. Nothing else matters except this match,” Powell said. “That’s how we’ve prepared since the morning after the semifinals. We’ve been getting our bodies healthy, and this time is a little different because we were able to have a couple quality sessions prior to playing again. For the most part we are healthy and rested. We’re going to go out there and leave it all on the pitch like the boys have been doing all summer.”

Tuesday’s shootout victory extended the Heat’s season-long unbeaten streak to seven games at home with a 6-0-1 record. It was the seventh clean sheet of the season for Laredo and goalkeeper Connor Durant and the fifth at the TAMIU Soccer Complex where they have outscored opponents 19-2.

San Antonio (8-2-3) is also coming off a shootout as it won 7-6 in Brownsville after playing to a 2-2 draw. The Corinthians found the back of the net for the first time in nearly a month as they were coming off a 1-0 loss to Houston, an 8-0 loss at Brownsville and a scoreless draw with the Heat.

Something will have to give Saturday as Laredo and San Antonio won’t be able to draw for a third time. They finished at 1-1 in the Heat’s season opener on May 13 in San Antonio, and last Saturday’s scoreless draw in the finale secured a playoff berth for the Corinthians and the regular season conference title for Laredo. With their first matchup coming four days after the Heat began training for the season and the second occurring with both teams needing at least a draw to achieve their goal, Saturday will be a unique matchup in the series with both teams at full strength and going all out to win.

“This is the first time in our matchups we are going to see the best of each other,” Powell said. “There is only one scenario this time: Win and your season keeps going, or lose and it is done too early for both of these teams. We’re looking forward to the opportunity. All the boys are excited.”

After allowing a goal in the opening half of the season opener, the Heat held San Antonio scoreless in the past three halves in the series. Last week’s draw is part of a stretch of 257 scoreless minutes of regulation plus added time for Laredo as it hasn’t allowed a goal since the 42nd minute against Brownsville on July 6. The Heat have given up only three goals in the past seven matches as they finished the regular season as the top defense in the 95-team NPSL and have lowered their average to 0.6 goals allowed.

“We’ve made the statement in the whole NPSL that we are one of the toughest teams to break down, create chances against and score,” Powell said. “If we can do that in a final, we’re going to put ourselves in a position to win just by defending like we have been. It has been a focus and a talking point. I feel really comfortable with how we have been defending all summer. If that’s the point we start with, all the other things come into place.”

The elite defense has been a necessity the past two matches as Laredo is on a scoreless streak of its own going 245 minutes of regulation since its last goal. However, prior to the two straight scoreless matches, the Heat had scored multiple goals in every home game including 17 in the previous four outings. They recorded at least three goals in half of the regular season matches with a pair of five-goal games and another pair of four-goal matches.

“We haven’t scored in a long time, but the scenarios in place were very unique the last couple times out,” Powell said. “We’ve focused a lot on it the last couple days. The boys looked extremely sharp in training. They are itching to get an early chance. I have all the confidence in our front runners and our midfielders that they are going to convert one early.”

The Heat will attempt to snap their scoreless streak and continue their defensive dominance at 8 p.m. Saturday against San Antonio. Tickets are $5 for general admission and $20 for VIP with children 12 and under getting in free.

Saturday’s winner will advance to the regional semifinals against the champion of the Heartland Conference and be one of 16 teams remaining. If the Tulsa Athletic wins, the Heat would be in line to travel next week. If the OKC 1899 FC gets the victory, Laredo would be in line to host again. 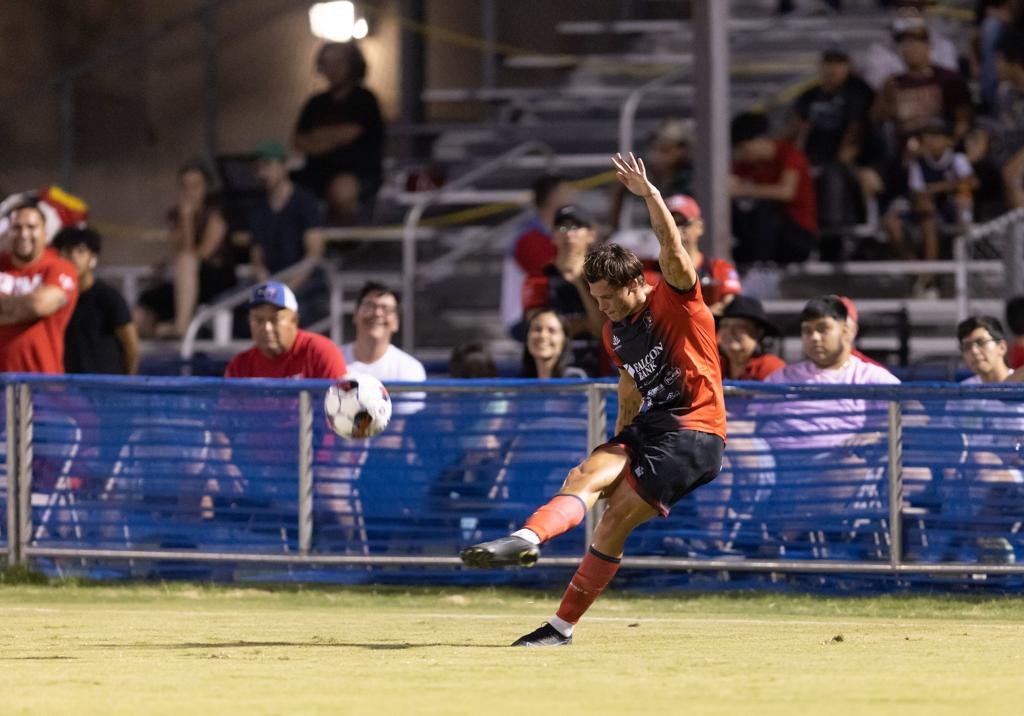 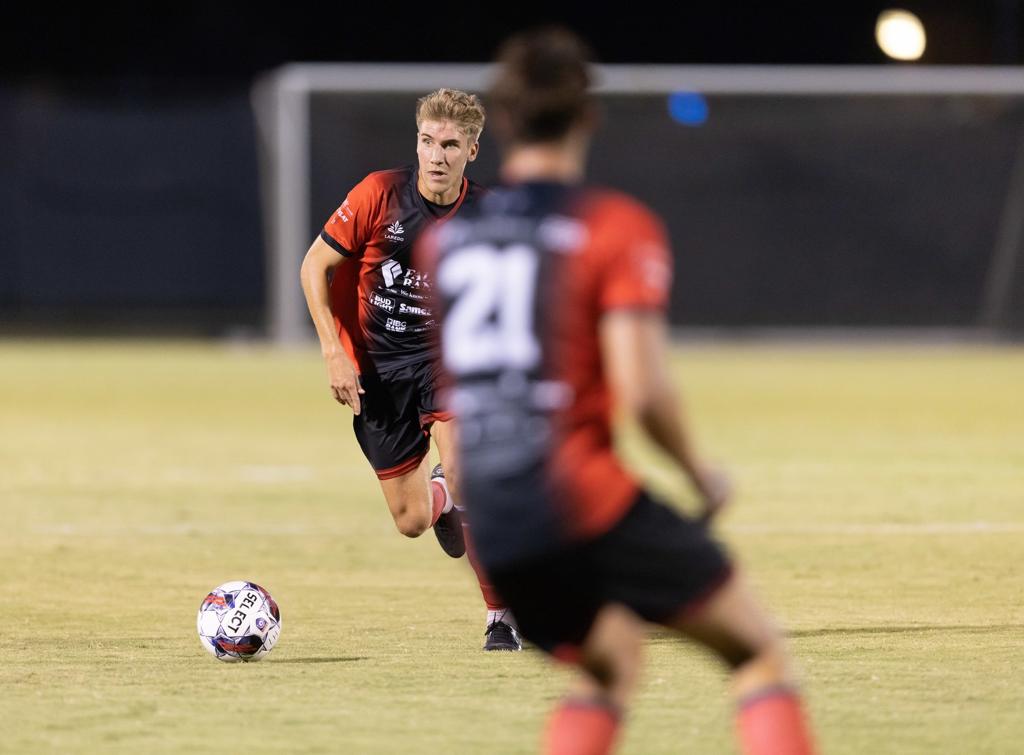 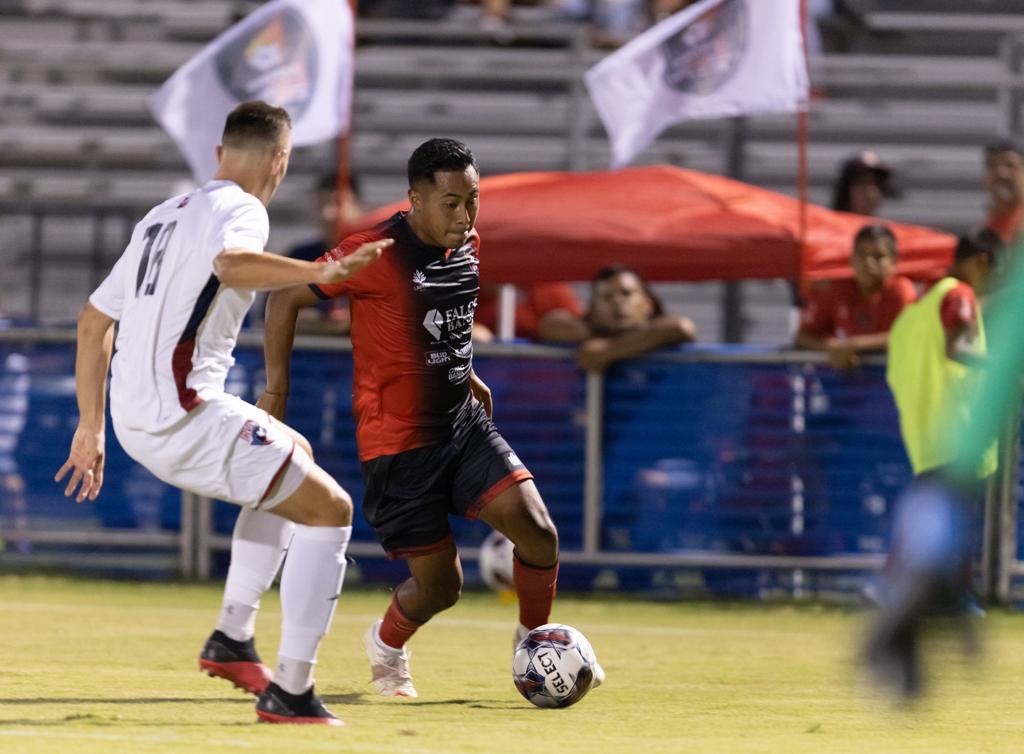 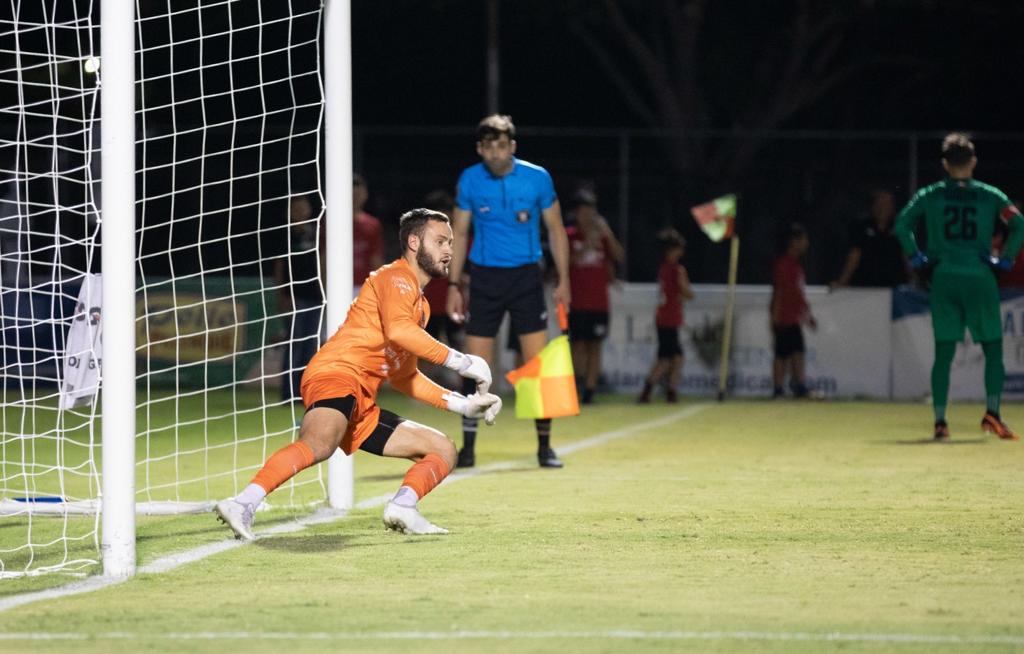 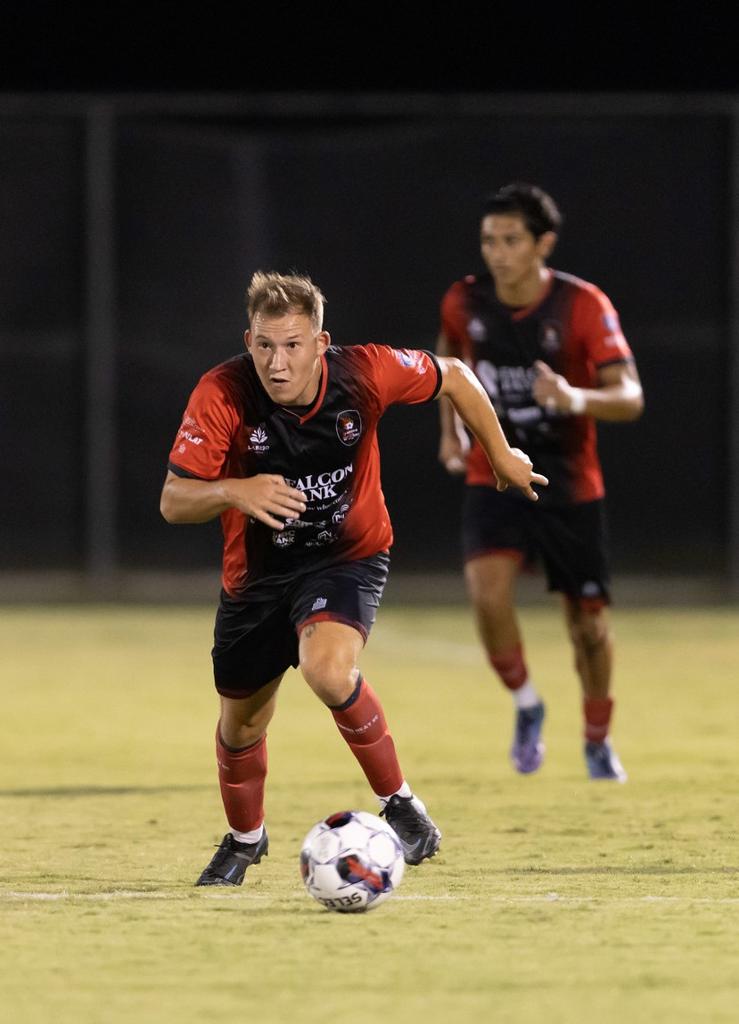 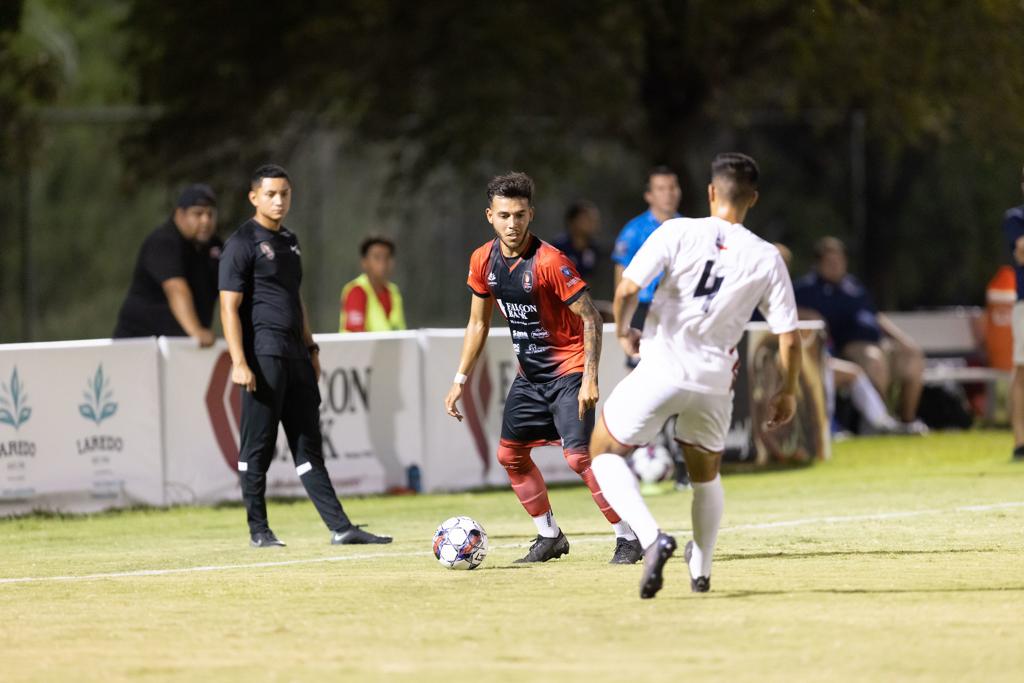 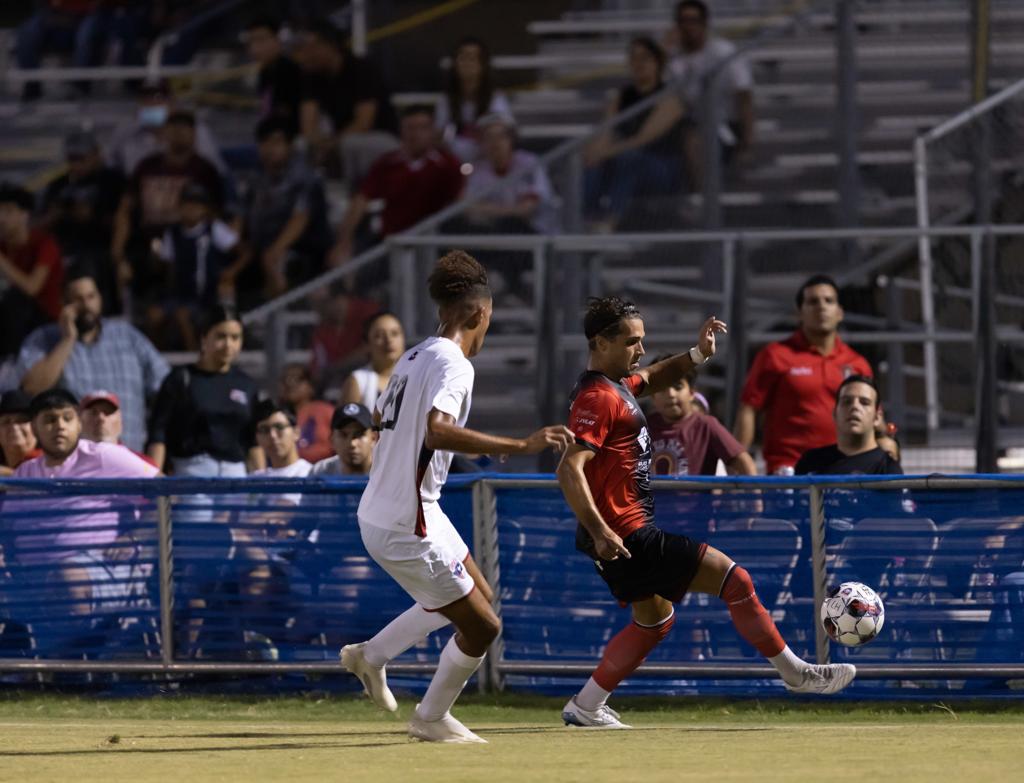