The Laredo Heat SC saw its season come to an end Wednesday as it was edged 6-5 in eight rounds of penalty kicks following a scoreless draw on the road against the Tulsa Athletic in the regional semifinals in Tulsa, Oklahoma. 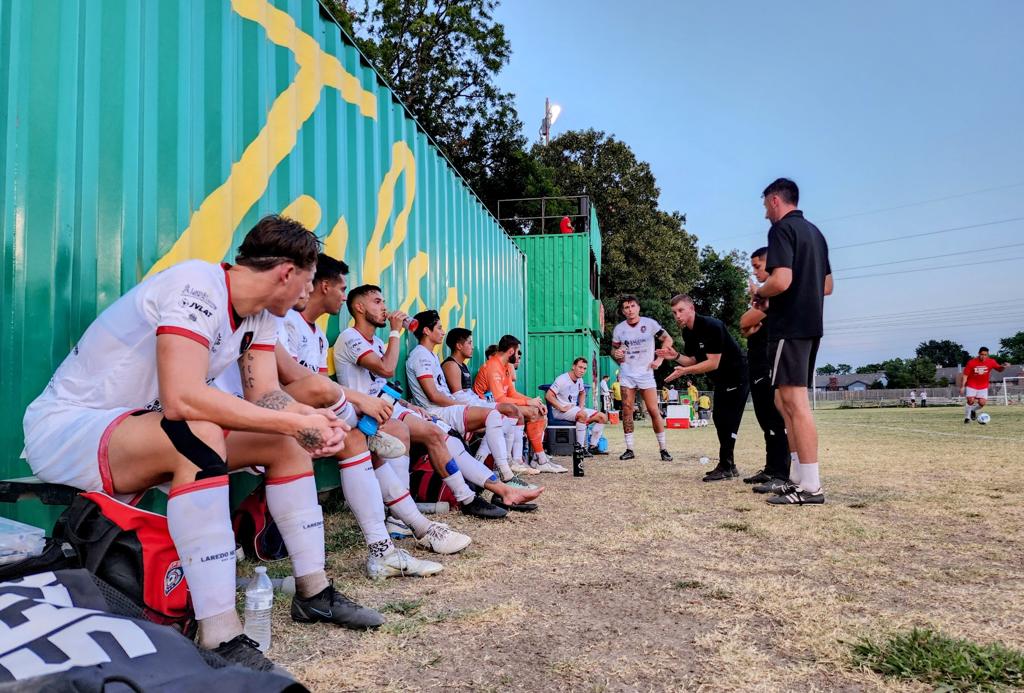 Even penalties were not enough to decide the regional semifinals Wednesday evening at the dusty Athletic Community Field in Tulsa, Oklahoma. The Laredo Heat SC rallied to extend the shootout, but it saw its season come to an end with a 6-5 loss in eight rounds following a scoreless draw with the Tulsa Athletic, last year’s national runner-up.

“The boys have been the same all year. They have approached every game one at a time, and they have left it all out there every single match. Today was no different,” Heat head coach John Powell said. “I truly believe we were the better team. I don’t feel the surface was conducive to playing proper football, but they were able to roll up their sleeves and play a bit differently than our style of play, our identity. They took it all the way to penalties, and once you go to penalties things happen.”

The eliminating loss was only the second of the season for the Heat (10-2-3) as they matched the deepest playoff run in the club’s four National Premier Soccer League Seasons by reaching the regional semifinals. Laredo won both the regular season and postseason titles in the Lone Star Conference for the second time in four seasons as well.

“We had a good chat in the locker room after. You could see the emotion on their faces. They were devastated,” Powell said. “They were all in on the cause. I couldn’t ask for a better group. The coaching staff did an amazing job building a complete team. There are relationships here that are for sure going much farther than the summer. It stings and we’re gutted, but if that’s the worst thing that happens to this group, we’re still pretty blessed at the end of the day.”

Already the No. 1 defense in the NPSL, the Heat only bolstered that distinction in the postseason as they never allowed a goal. With a pair of scoreless draws going to shootouts sandwiched around a 3-0 victory, Laredo had 330 minutes plus added time in the postseason without allowing a goal. That stretch extends to 467 with the regular season included as the Heat closed out their season with four consecutive clean sheets.

Wednesday’s shutout was the ninth in 15 matches this season. It lowered the club’s average goals against to a league-best 0.53 with eight total goals allowed. Tulsa (12-1-2) is the next closest at an 0.73 average. Even if the Athletic posted shutouts the rest of the postseason, they would still finish behind the Heat.

“We are the best defensive team by stats, but we are also the best defensive team by discipline, tackling and clearing our lines fully,” Powell said. “There are so many details as a coach you harp every day. They just exemplify that. We haven’t conceded a goal in over 450 minutes. That’s why we’re champions of the Lone Star Conference and why we’re in the regional semifinal.”

Following his ninth clean sheet of the season, Heat goalkeeper Connor Durant made a save on the opening shot of the shootout. It came after Durant allowed just one goal on four attempts during the shootout in the conference semifinals against the Irving Gallos FC. Ruben Nielsen was up first for Laredo and buried his shot into the lower left corner for a 1-0 lead.

Tulsa rallied from there to put Laredo on the ropes as it stopped the Heat’s next two shots and scored on three straight attempts for a 3-1 lead. With the season on the line, Laredoan Jose Rivera scored high to the left side cutting the deficit to one heading to the final round.

Durant did his part next diving to his right for a save to extend the match, and Kristian Colaci scored on a hard shot to the right to level the shootout at 3-3 all. Unfortunately for the Heat, the Athletic took care of business from there with one shot deflecting in off the crossbar and the other going two going left with one high and one low. Teddy West also scored low to the left to extend the match. Dimitrious Leonoglou did the same on the right side on his attempt, and Julio Trapaga’s penalty was deflected off the crossbar to close out the match.

The Heat yielded 11 corner kicks in the game marking the first time a team had reached double figures since Brownsville in the second game of the season, which was also a shutout. There were no quality scoring chances to be found off the set pieces as Durant snagged all the crosses out of the air. Tulsa did generate several big chances throughout the match, but Durant came up with big saves including in added time in the first half as a forward got one-on-one with him on the near post and he kicked away the shot from five yards out.

Laredo also generated plenty of pressure including a stretch of five consecutive corners in the second half. Tulsa received a pair of red cards in the last 10 minutes of the second overtime, but the Heat’s three shots in the closing minutes were all met by the keeper.

Tulsa advances to the regional finals where it will travel to face the Jacksonville Armada FC U-23 (14-0-1) on Saturday. 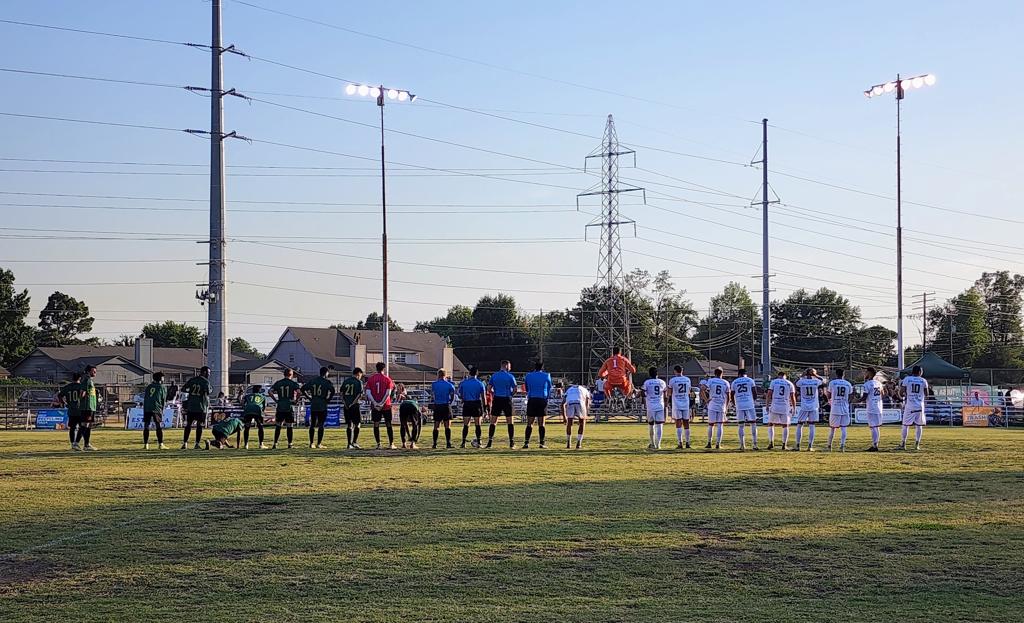 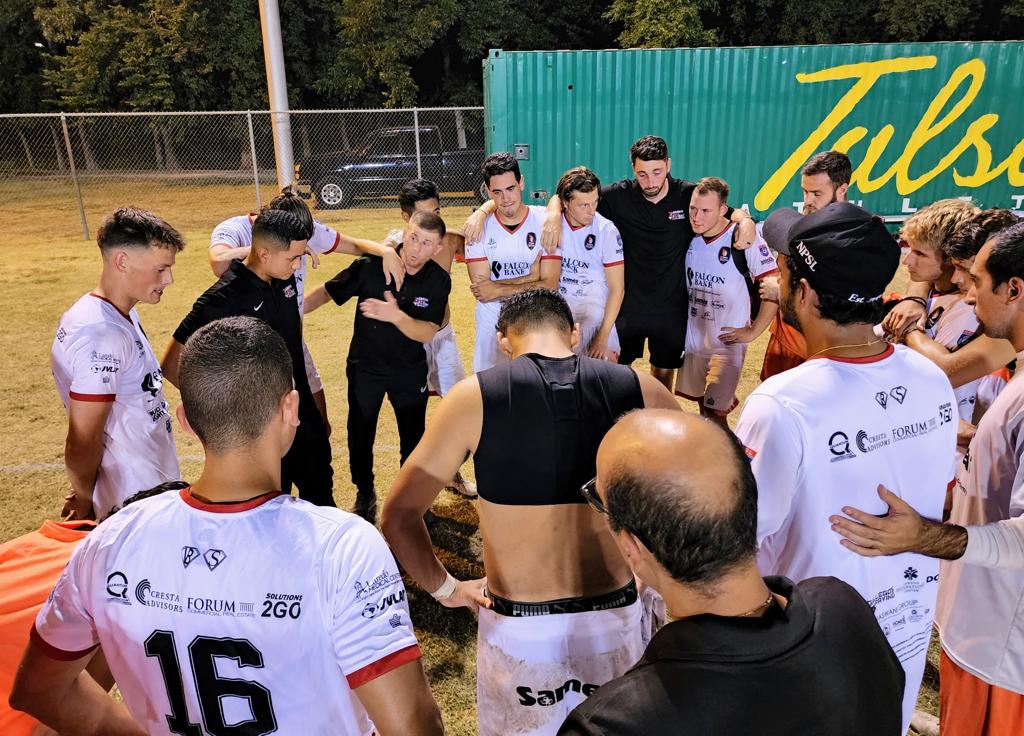 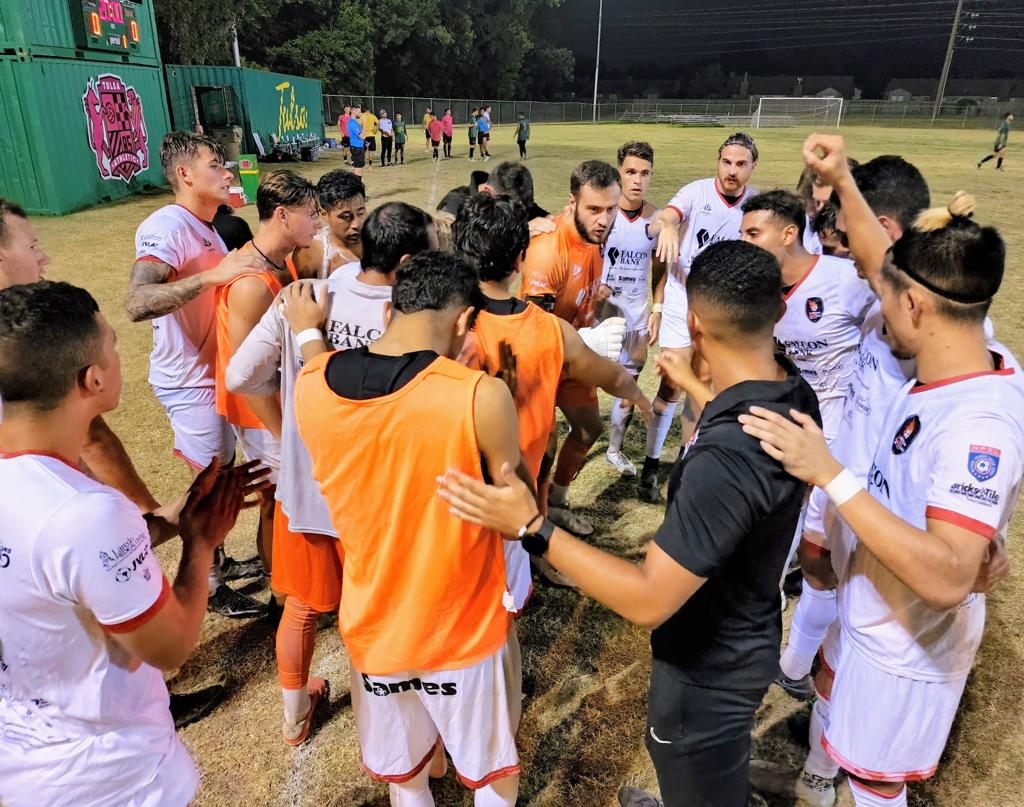 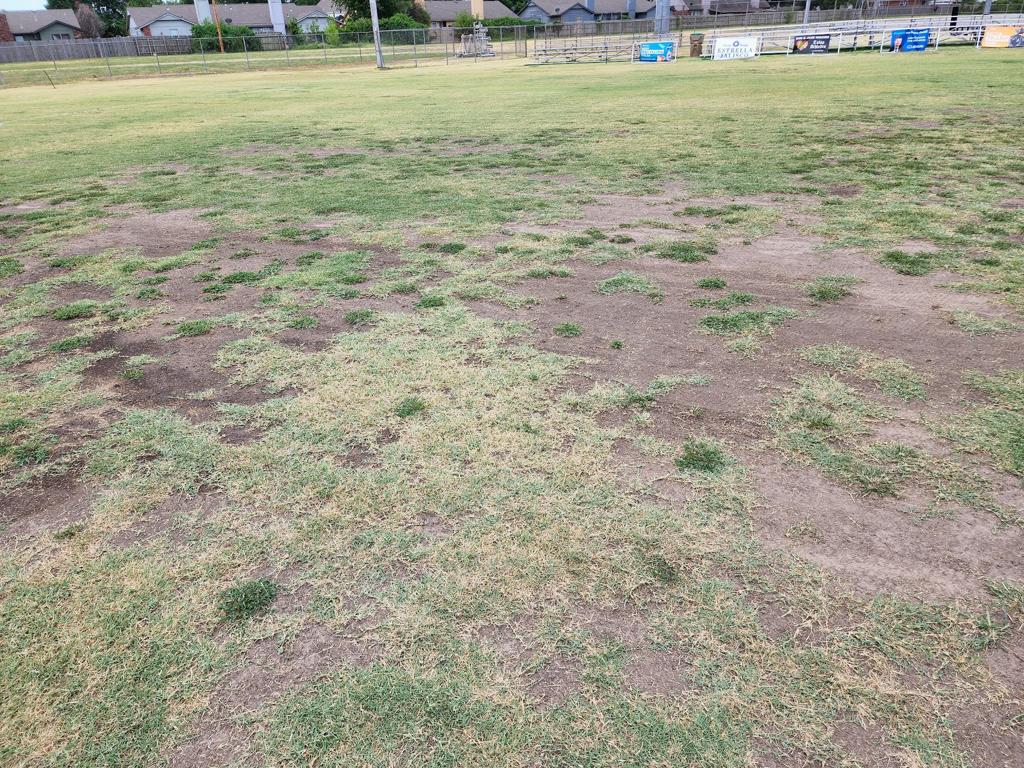 Field conditions are shown at the Athletic Community Field in Tulsa, Oklahoma.