The Laredo Heat SC extended its scoreless streak with a second straight clean sheet and rolled offensively led by a hat trick from Gabriel Gacovicaj as it won 4-0 over the Temple Coyotes FC to remain tied for first place. 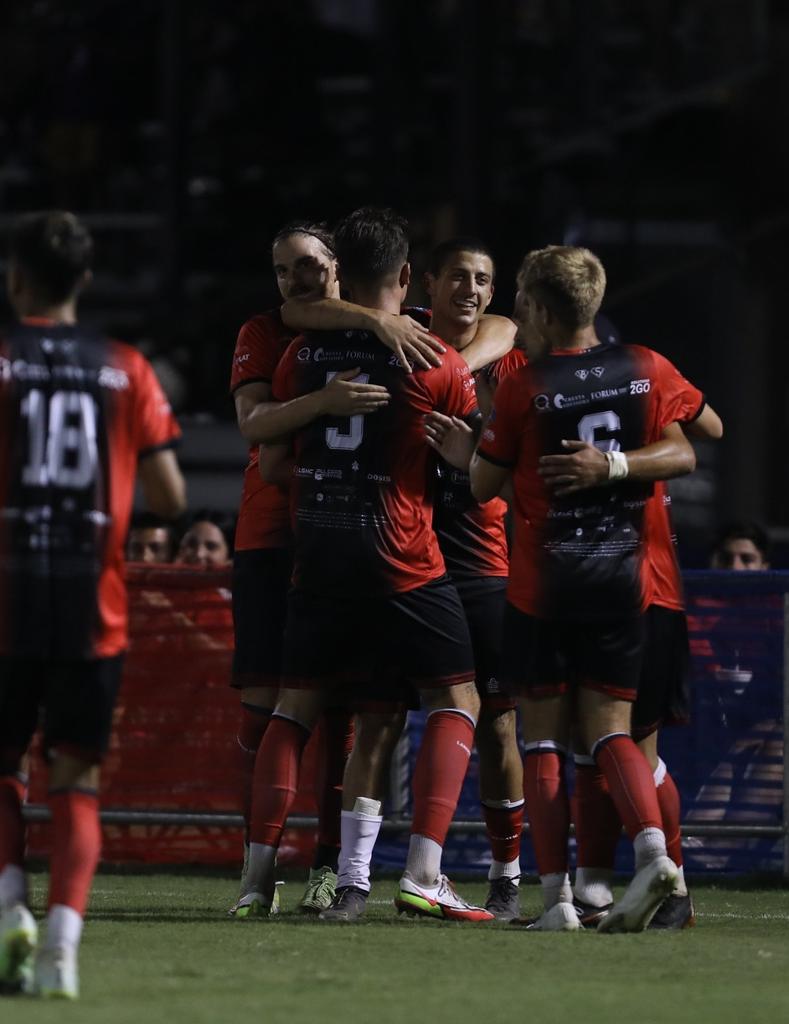 Gacovicaj shines in return to field for Laredo

Boosted by a hat trick in the season debut from forward Gabriel Gacovicaj, the Laredo Heat SC dominated offensively and defensively Saturday picking up its second clean sheet of the week with a 4-0 victory over the Temple Coyotes FC at the TAMIU Soccer Complex.

“Since I played here last year, I know the coaches and owners and I know they expect a lot from us,” Gacovicaj said. “Coming back, I tried to help my teammates know what it’s like to play for the Laredo Heat. It’s a heavy jersey. I’m really happy for the team tonight. I don’t care that much about the hat trick; I’m already thinking about Tuesday’s game.”

Gacovicaj was a steady scoring threat for the Heat in the 2021 season as the Rimini, Italy native scored five goals in 10 regular season games. He got more than halfway to that total in one half of action Saturday scoring in the 49th, 74th and 90th minutes.

“He has been so sharp in training. Getting him out there helps us,” Heat head coach John Powell said. “He had himself a day. It is big having him back. He knows what I’m about, he knows what the other coaches are about and what the organization is about. He was special tonight.”

The Heat (2-0-1, 7 points) have progressed steadily on offense early in the season doubling their goals each game as they went from a 1-1 draw on the road to 2-0 and 4-0 victories at home.

After recording five clean sheets in 2021 and featuring the top defense in the division with 10 goals allowed in the regular season, Laredo’s defense has proved consistently stout again through the first quarter of this season. The only goal allowed came in the 33rd minute of the season opener, so the Heat have posted over 236 straight scoreless minutes without factoring in added time.

“Without a doubt it is the most complete game we’ve played,” Powell said. “I went back to my notes, and we’ve had six actual sessions together. Three days are match prep and another three are recovery. It’s starting to click for them, and we made a couple little changes in the side. The scouting report from my coaching staff was spot on, and the changes they suggested worked. The boys get all the credit though. They were fantastic today.”

While the team takes pride in the scoreless streak, not all clean sheets are created equal. After allowing the FC Brownsville Explorers to reach double digits in corner kicks on Wednesday, the Heat took a big step forward Saturday and made life easier on themselves and goalkeeper Connor Durant. They conceded just one corner kick to the Coyotes (0-1-1, 1 point) which came in the 76th minute shortly after the lead grew to 3-0.

“We talked about wanting to minimize the amount of set pieces this team had, because a lot of goals in their first match were straight from set pieces,” Powell said. “We knew if we could negate those chances, we would put ourselves in a position to be successful, which we clearly were.”

“This was the game plan, just keep the ball every time,” Gacovicaj said. “As soon as you lose it, counter press. Coach is the mind behind this. As long as we listen to him, we’ll be good.”

Clean sheets across the board kept it a three-way tie at the top of the table in the Lone Star Conference. The Denton Diablos FC won 3-0 over the Fort Worth Vaqueros FC and the Corinthians SC of San Antonio picked up a 4-0 road victory over the Lubbock Matadors as both also improved to 2-0-1.

All three teams are tied for second in the division with seven goals, and the Heat and Diablos are tied for the top defense allowing one goal each. Despite being blanked by Laredo on Wednesday, the Explorers (2-1-0, 6 points) lead the way offensively with eight goals in their other two games.

Laredo nearly opened the scoring in the 26th minute as Kristian Colaci threaded the ball through several defenders to find Ruben Nielsen in the box. However, with a defender on his right hip limiting his options, the shot from eight yards out by the Kerteminde, Denmark native was blocked low by the keeper.

The Heat broke through on their third corner kick of the night in the 36th minute. Roberto Ordonez delivered a cross through traffic to the far side of the net, and center back and captain Lewis Wilson redirected it into the left corner. After being kept out of the net in 2021, the defender from Aberdeen, Scotland has two goals off set pieces in the first three matches this year.

“Lewis is pure class. I think Lewis Wilson is a pro,” Powell said. “When he’s done playing college soccer, you’ll be seeing him on TV someday. Everything about him is pro – his presence, his leadership, his quality on the ball and his quality off the ball. I love him.”

Nielsen had another close call as the fans were just finishing celebrating the first goal. In the 37th minute, Liam Morrison drove deep into the left corner and sent a cross to the center of the goal box. Nielsen put a header on target, but the keeper handled it off the bounce.

Ordonez picked up his second assist in the 49th minute as the Heat built a 2-0 lead early in the second half. Colton Schaffer intercepted a pass and placed up the right side for Ordonez, and he cut back inside around two defenders and sent the ball forward to Gacovicaj. He charged into the middle of the box, stopped short to let a defender fly by then shot into the lower-right corner.

“I told Roberto before, it’s too easy for me to play like this,” Gacovicaj said. “I just have to run to the box and they find me every time. It is enjoyable.”

“Ordonez had a fantastic game. He pulled the string the whole time he was out there,” Powell said. “For someone who we didn’t know if he could even play today because he was coming in with a little bit of an injury, I thought his performance was spectacular. His vision and his delivery of that ball were class.”

Ordonez also nearly scored for the second straight game, but his shot off a free kick in the 57th minute went off the left post.

Another interception set up the third goal as Laredo native Sebastian Rivera redirected a pass up the right side. Nielsen quickly sent it up the middle to Gacovicaj who stayed onside before flying by the final defender. Running in all alone, Gacovicaj juked out the keeper and tapped in the easy goal in the 76th minute.

Gacovicaj saved his biggest rip for last as he locked up the hat trick in the 90th minute. Masaya Sekiguchi subbed in during the 78th minute, and the Ibaraki, Japan native made his presence felt as he assisted on the final goal. Sekiguchi passed up the middle to Gacovicaj, and from 25 yards out he shot into the top-left corner past a diving effort from the Temple keeper.

“It felt really good, but I can’t keep thinking about this,” Gacovicaj said. “I’m onto the next game already.”

Laredo faces another quick turnaround as it concludes its three-game homestand at 8 p.m. Tuesday hosting the Austin United FC (0-2-1, 1 point) at the TAMIU Soccer Complex. Tickets are $5 for general admission and $20 for VIP, children 12 and under get in free, and fans are permitted to bring their own food and drinks to the game.

“I’m already thinking about Tuesday,” Powell said. “We’ll have some squad rotation with some healthy guys coming in and some guys who played a lot starting on the bench. We’ll all accept it and move on together.” 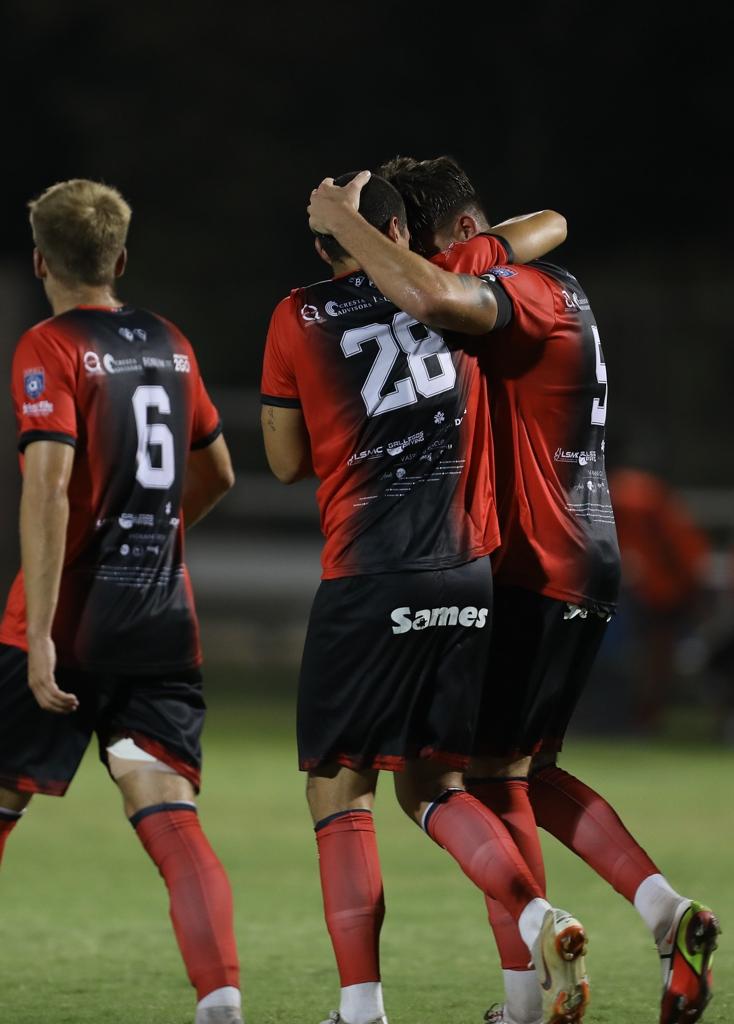 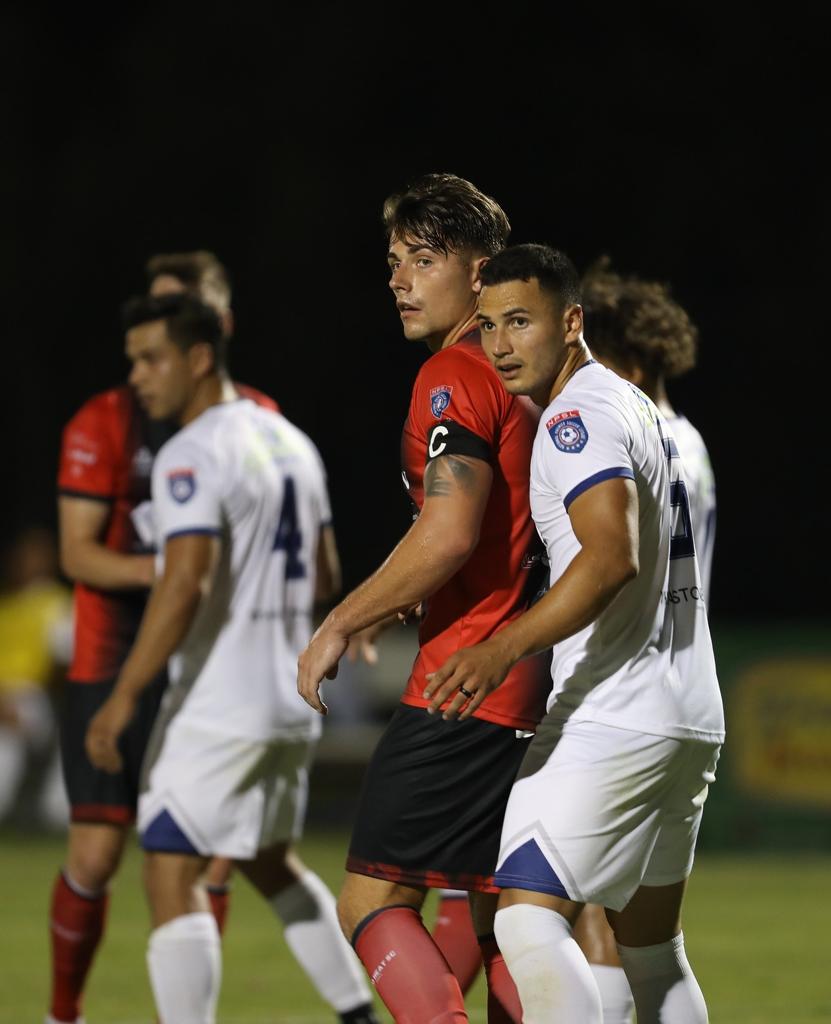 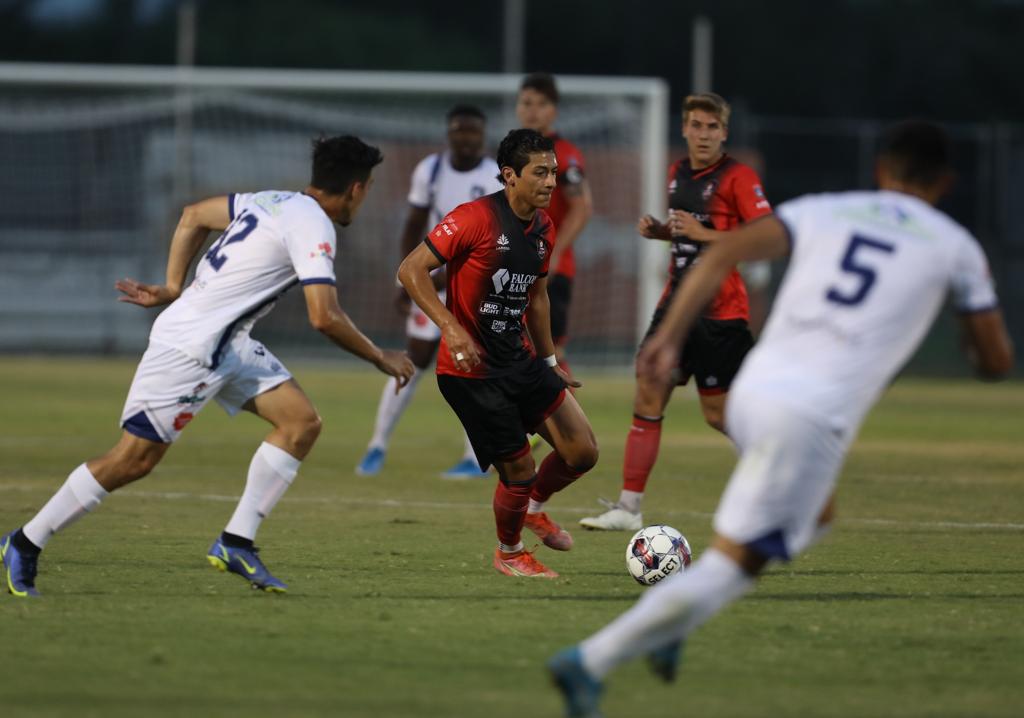 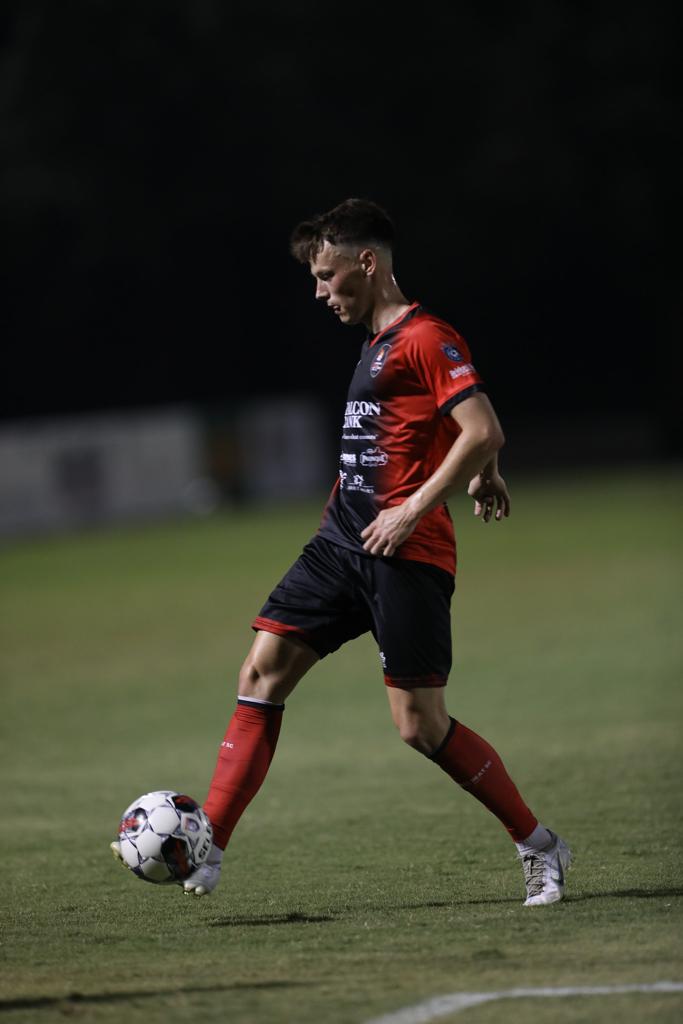