Laredo Heat SC WPSL player Danna Flores committed this week to continue her career as she signed her National Letter of Intent with Paris Junior College. 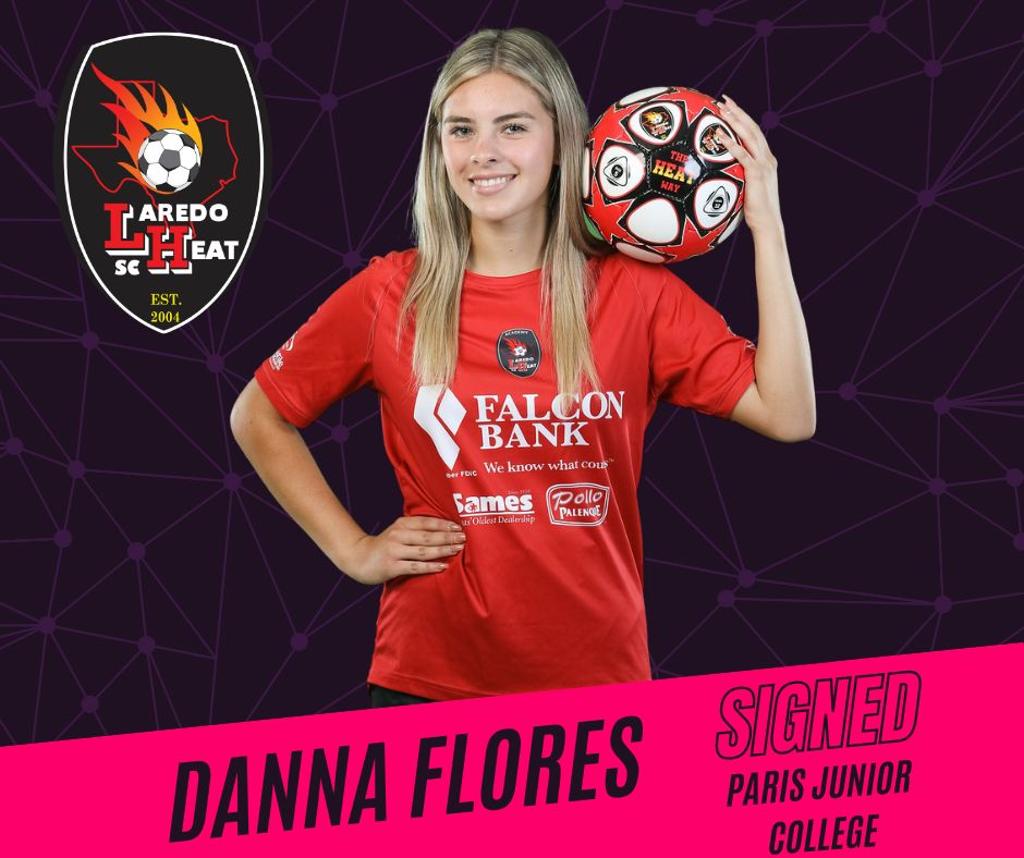 Heat player eager for opportunity on field and in classroom 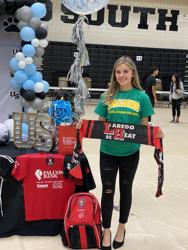 Laredo Heat SC player Danna Flores has secured an opportunity to continue competing after she’s finished participating in the team’s inaugural season in the Women’s Professional Soccer League as the United South High School senior signed her National Letter of Intent this week to play at Paris Junior College in northeast Texas.

“I’m proud to say I am able to play at the next level with Paris Junior College,” Flores said. “I’m glad that all the early-morning practices and late-night games were worth it. I’m sure it is going to be tough at the next level, but I am going to continue pushing harder.”

Pushing hard has been a theme throughout her career as Flores had to recover from seven sprained ankles during her four years at United South.

“It became tough since I had some injuries, but I saw it more as motivation to work even harder,” Flores said. “Instead of falling a little behind, I worked harder. Because of my injuries I was able to push myself, and now I am playing at another level committing to a college. If you really want something, you just prepare your mind for it and work twice as hard when you come back.”

One of those sprained ankles delayed her in joining the Laredo Heat SC Youth Academy. However, she joined the college prep program the following season, and this year she earned a spot on the WPSL team. Flores was driven by her teammates and coaches to push for her WPSL and collegiate opportunities.

“It’s a great honor. I never really believed I’d be able to play for the Heat, but my teammates and coaches were able to motivate me to think anything was possible,” Flores said. “Now that I see myself playing with the women’s team, I’m even more motivated to continue working hard and play at the next level. It’s a big privilege to play with the Heat. Not just everybody gets to play with them.”

“We’re so proud of Danna for committing to continue both her playing career and most importantly her education,” Laredo Heat SC Vice President Priya Vaswani said. “Danna has been a great ambassador for our debut season in the WPSL, and we have the utmost confidence she will bring those same qualities to Paris Junior College.”

United South head coach Rachel Carranza has been there every step of the way alongside Flores since she began playing as a seventh grader at United South Middle School. Carranza became the high school head coach in 2020 and has played a large part in Flores’ development.

“Coach Carranza has been my coach since seventh grade, and now she has moved to the high school and has helped me grow as an athlete and as a person,” Flores said. “I have seen other teammates commit to the next level since I was a freshman. That motivated me to push to become a college player myself.”

Flores and her fellow seniors hope they motivated the underclassmen this season by helping the Lady Panthers end a run of three straight seasons without a playoff appearance.

“It was great. My teammates and I were motivated to push harder to set an example for the underclassmen,” Flores said. “We were able to work hard and push each other forward so we could make history. United South hadn’t made the playoffs in four years. My teammates and I believed it was one of our biggest accomplishments.”

With her high school career behind her, Flores is excited to make the jump to the next level. She is also eager for the educational opportunity and said Paris Junior College gave her the best opportunity to focus on her studies while continuing to play. She plans to make the most of her full-ride scholarship as she majors in criminal justice. Her plan is to head to Sam Houston State after finishing her two years at Paris Junior College, and she wants to return to Laredo after graduating so she can give back to the community.

“It was a tough decision, but I knew staying close to my family here in Texas would be best, and it was especially the right choice for my education,” Flores said. “It was important to cover my full education since I want to study criminal justice. My plan after junior college is to go to Sam Houston State and major in criminal justice. I want to come back after and give back to my community as a police officer or a judge, anything having to do with that pathway.”

Flores has showcased positional versatility throughout her career as she primarily played forward at United South but also spent time as a midfielder and a defender. Paris plans to use her as both a forward and an attacking midfielder.

“It’s good being able to help out the team wherever they need it,” Flores said. “It’s better to be versatile than to be a single position player.”

Flores also puts that versatility to use for the Heat contributing wherever the team needs her. They are off to a strong start to the inaugural season as they won 4-2 on the road over the Corinthians SC of San Antonio on May 14. The Heat resume play June 5 at the Austin Roots FC and June 8 at the San Antonio Blossoms before hosting three straight home matches June 18, July 2 and July 6 at the TAMIU Soccer Complex.

“The Laredo Heat team is full of really committed and hard-working players from different schools and different ages,” Flores said. “I really believe this is a very strong team and we can make it far.” 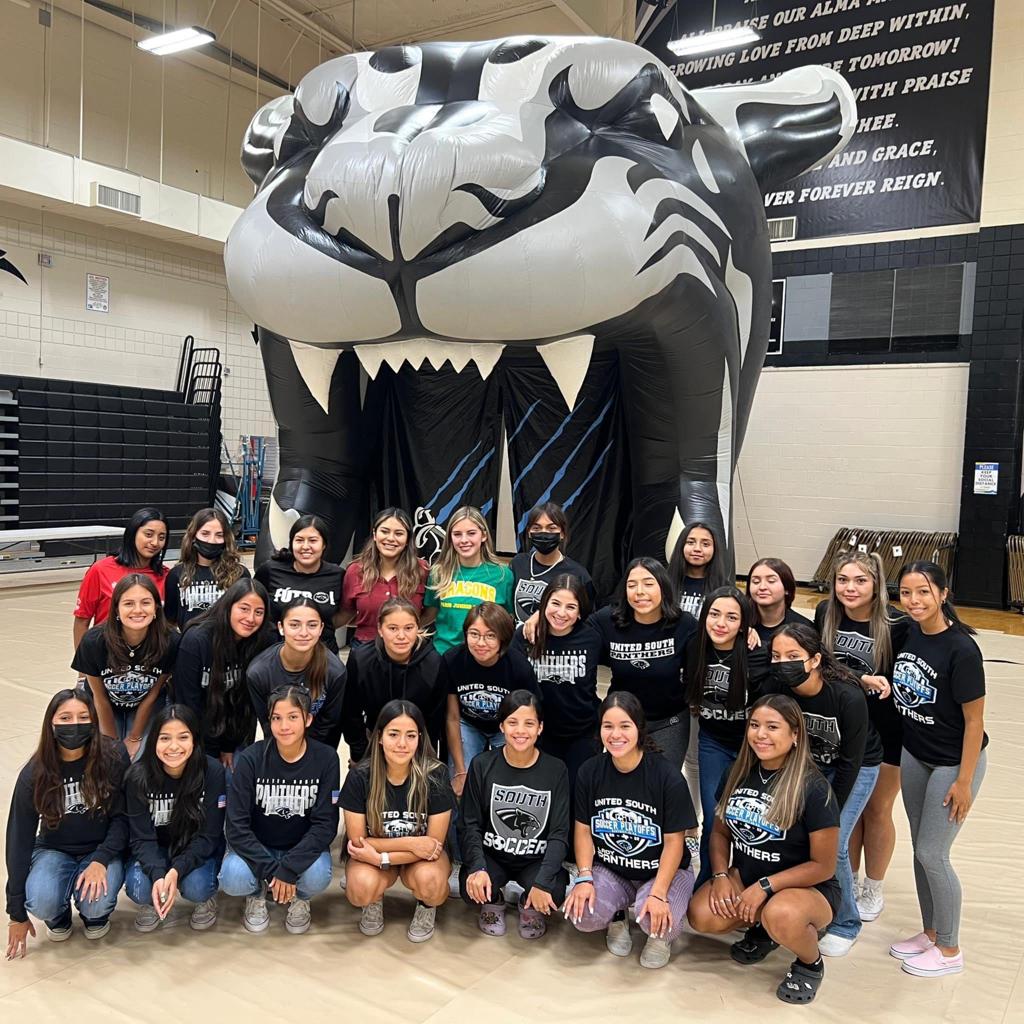 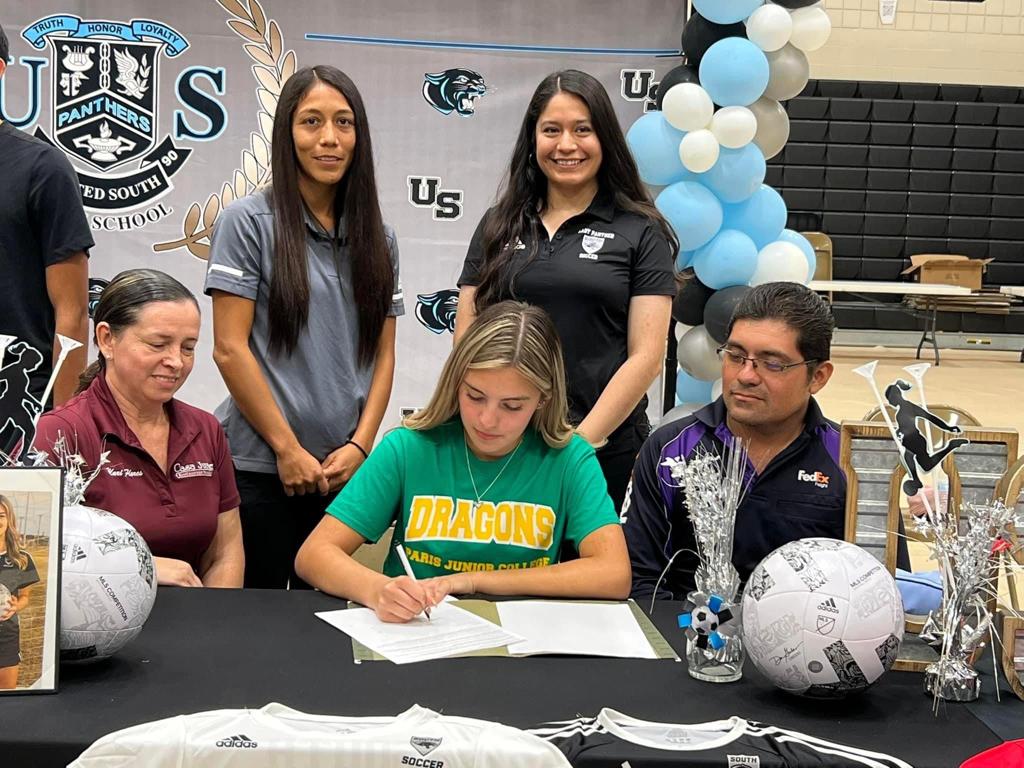 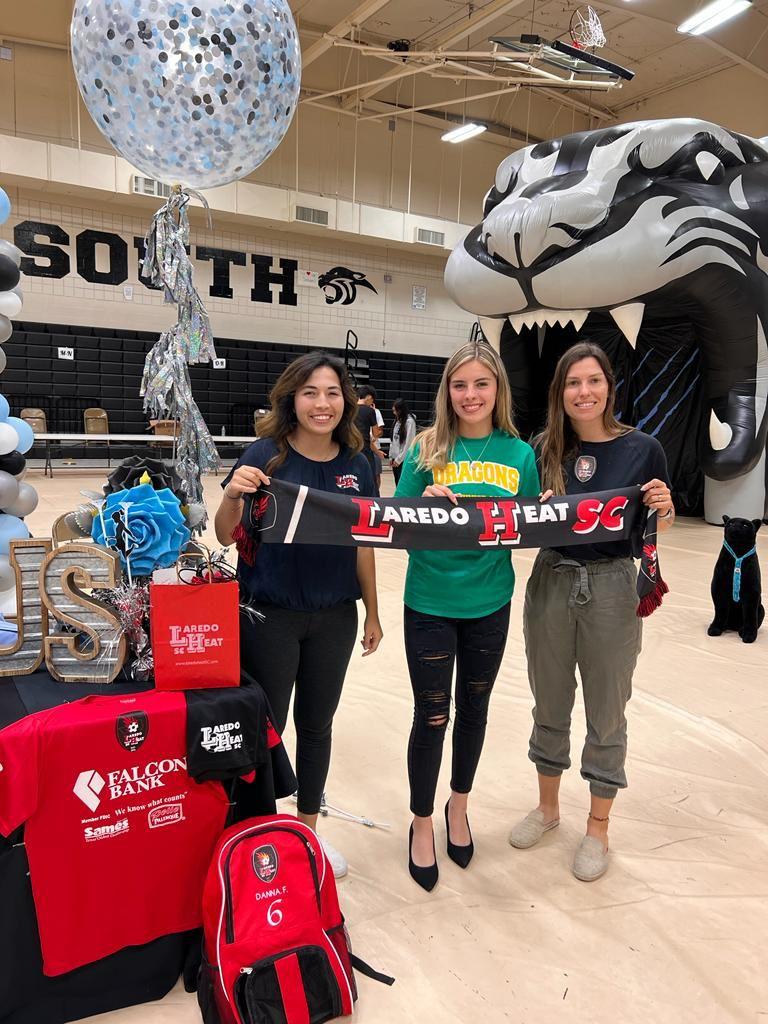 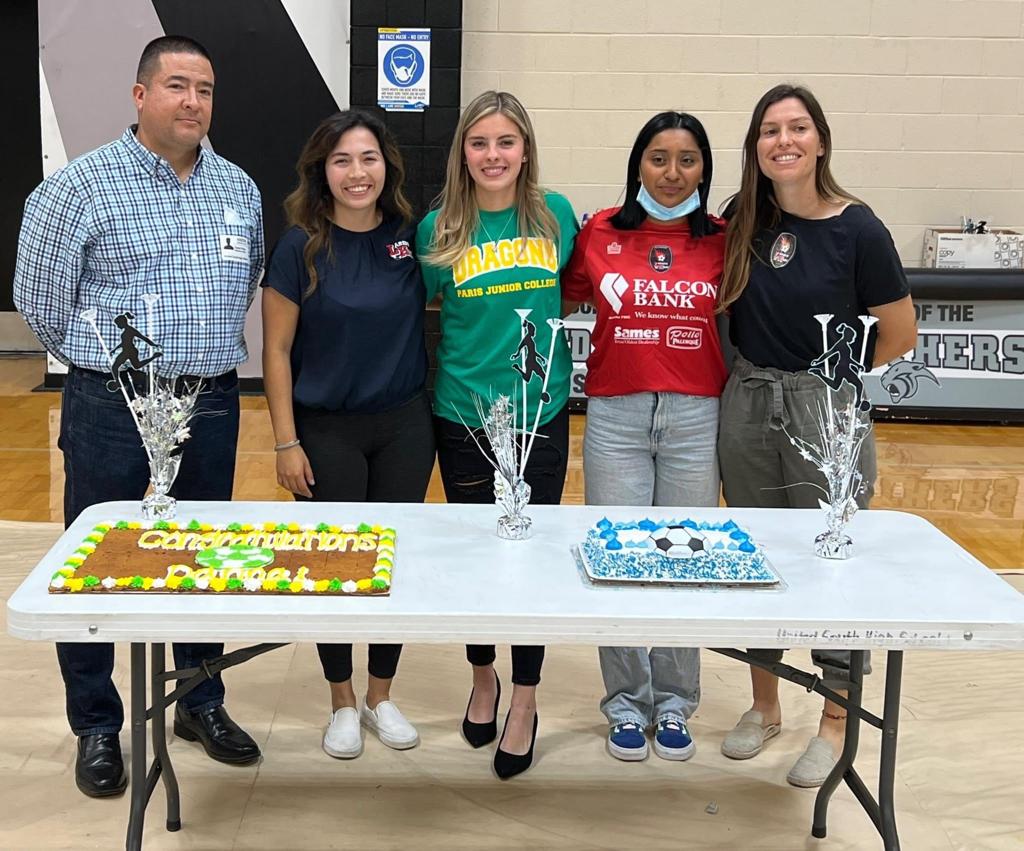 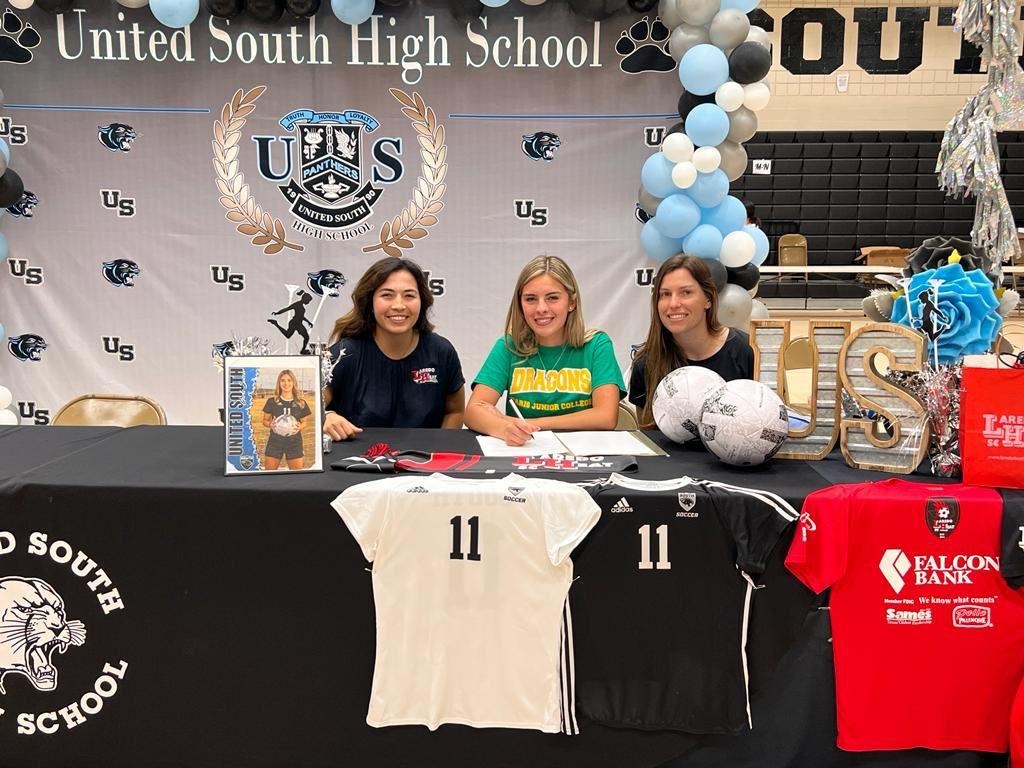 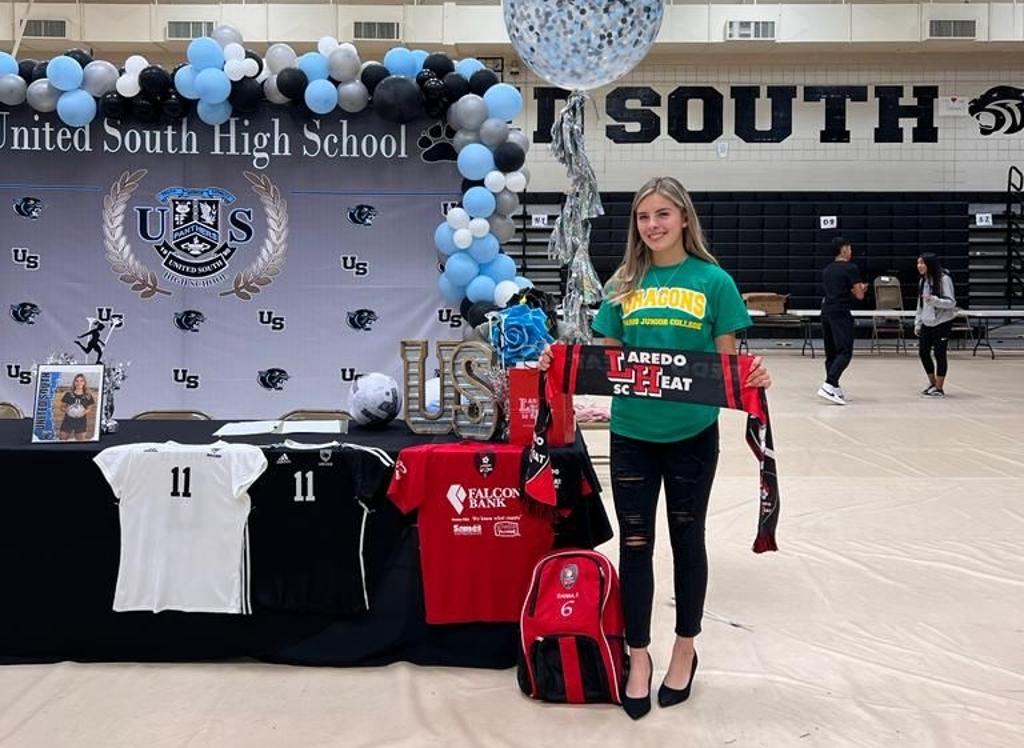 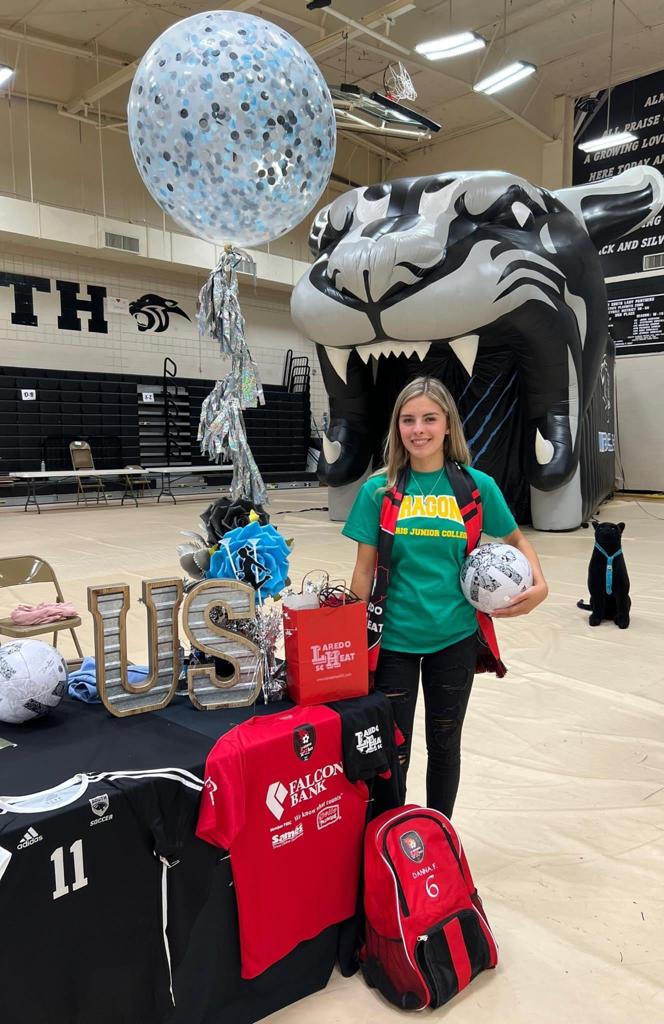