Laredo Heat SC captain Erwin Regules is going up against his former squad as the Heat travel Thursday for a 7:30 p.m. match against the Midland-Odessa Sockers FC. 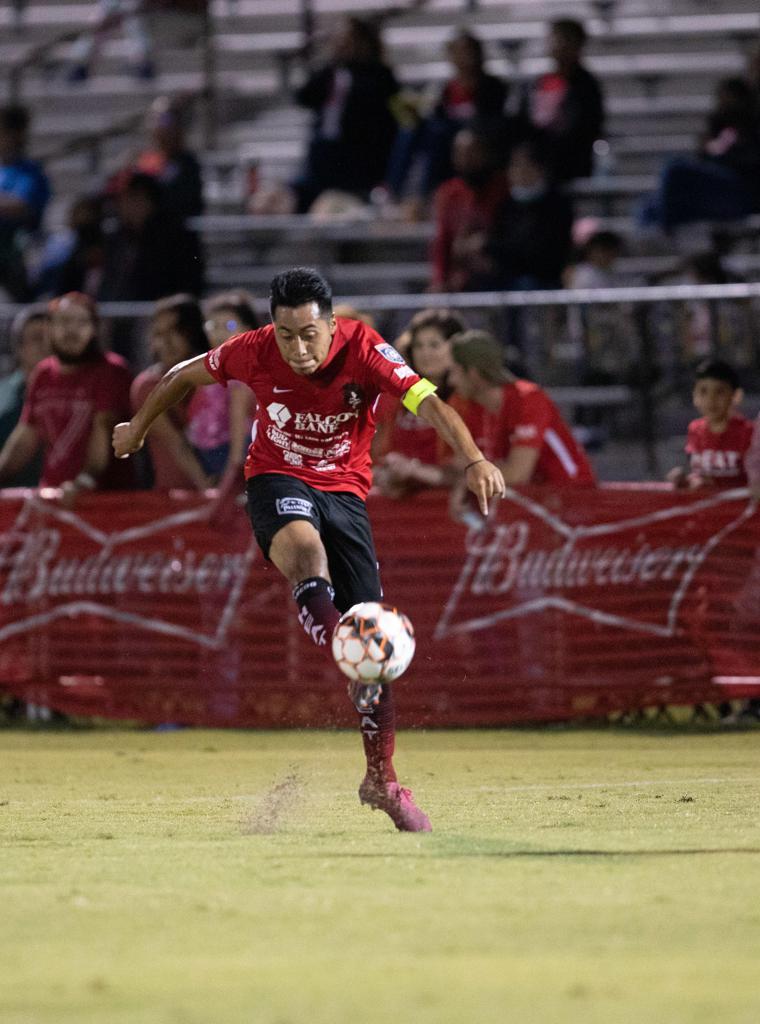 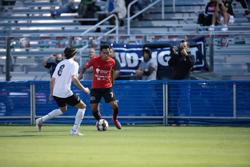 A matchup with significant implications in the Lone Star Conference title race is also a homecoming for Laredo Heat SC captain Erwin Regules as they travel to face the Midland-Odessa Sockers FC on Thursday. After helping take down the Heat twice in 2019, he is ready to return the favor to his former club.

“I move on quick with life, so now that I’m here with Laredo I only have thanks and kind regards for Midland, but other than that I want to beat them,” Regules said. “I want to win and take those three points in any way possible.”

Regules gained an appreciation for the Heat playing against them in 2019 as he was impressed with both the history of the organization and the facilities at the TAMIU Soccer Complex. It made it an easy decision when Laredo approached him in the offseason.

“I played with Midland, and coming to play in Laredo and seeing the facilities, the setup of the field, the record and the history of the team, that really pushed me to come here,” he said.

“We identified two years ago the best players in the Lone Star Conference, and he was obviously very high up on our board,” Laredo Heat SC head coach John Powell said. “We started the conversation. He was looking for something new. He wanted to drive his own development, and a change of scenery is what he thought would help him. We offered, he accepted, and ever since then he has just constantly impressed me.”

It didn’t hurt when making the decision that the midfielder already had a history of success at what would become his home field. Regules helped Lubbock Christian beat TAMIU 1-0 in 2016, and he was part of Midland’s 4-0 victory at the TAMIU Soccer Complex on June 6, 2019. In his first start of this season after gradually working his way back from an injury, he played a key role in the Heat (2-1-1, 7 points) beating the previously undefeated Denton Diablos FC 3-2 on June 3.

“I think I only know how to win on this field,” Regules said.

In the win over the Diablos (4-1-1, 13 points), Regules placed a pair of corner kicks near the far post to set up the first two goals. The first was deflected away, but Gabriel Gacovicaj was in position for the rebound and fed the ball to Nadav Datner who evened the game at 1-1. Regules picked up an assist on the go-ahead goal as Datner headed it in from inches away.

“There is a reason why he was given the armband and the start of the summer,” Powell said. “He is a class young man and a fantastic player. He sets the standard in multiple areas for our team. It has been amazing having him back.”

“That win really showed us that our effort can cover it along with our talent,” Regules said. “The guys are really confident coming into this road trip. Our confidence is high.”

That win combined with a draw last week between the Diablos and the Sockers (4-0-2, 14 points) to give the Heat control of their destiny in the Lone Star Conference. If it wins out, Laredo would be guaranteed at least a tie for first place, and it would hold the head-to-head tiebreaker over the Diablos.

“They are coming in with that pressure we had before of giving up points,” Regules said. “We already experienced it and passed it. We’ll see how they react to it.

“It is an opportunity to take. We’re not at the position in the table that we wanted to be, but we can definitely take advantage of Midland and the Diablos tying. Beating Midland at home would be great. I like beating teams at their home. It is the best feeling, and it is the best thing to celebrate in their locker rooms after.”

Heading into such an important matchup, Powell is happy to have the leadership of someone with experience in the enemy territory benefiting the team.

“He has been there,” Powell said. “We know Midland is one of the best teams in the league every season. He knows the area, the field and what to expect from their home supporters. It is a very crucial piece we have coming into the matchup.”

Along with being a valued leader for the Heat’s Nation Premier Soccer League team, Regules also is an asset for the Laredo Heat SC Youth Academy. His interview for this feature was even conducted as he walked over after completing training to spend time with youth players at a summer camp.

Regules has an appreciation for youth academies as he played with the Houston Dynamo U.S. Soccer Development Academy team while growing up in Houston.

“I used to play club, then when I first moved into the academy, it was a big step,” he said. “I learned a lot about professionalism and training at a different level, being consistent and being disciplined. It really shapes you. To see kids joining the academy is a really big thing.”

His journey from the Dynamo to Laredo is an interesting coincidence as the Heat in 2018 announced a strategic partnership with the Houston Dynamo Youth Academy.

“I think it’s great to see that the Dynamo are expanding to Laredo,” Regules said. “There is a lot of talent here. Seeing the people play here at the UPSL level, I am really surprised. This partnership with the academy will bring some new players.”

CONNECT WITH US ON SOCIAL MEDIA