Former Laredo Heat SC players Memo Diaz and Younes Boudadi are establishing themselves as veterans in the USL Championship as both are preparing for a return to their clubs next season. 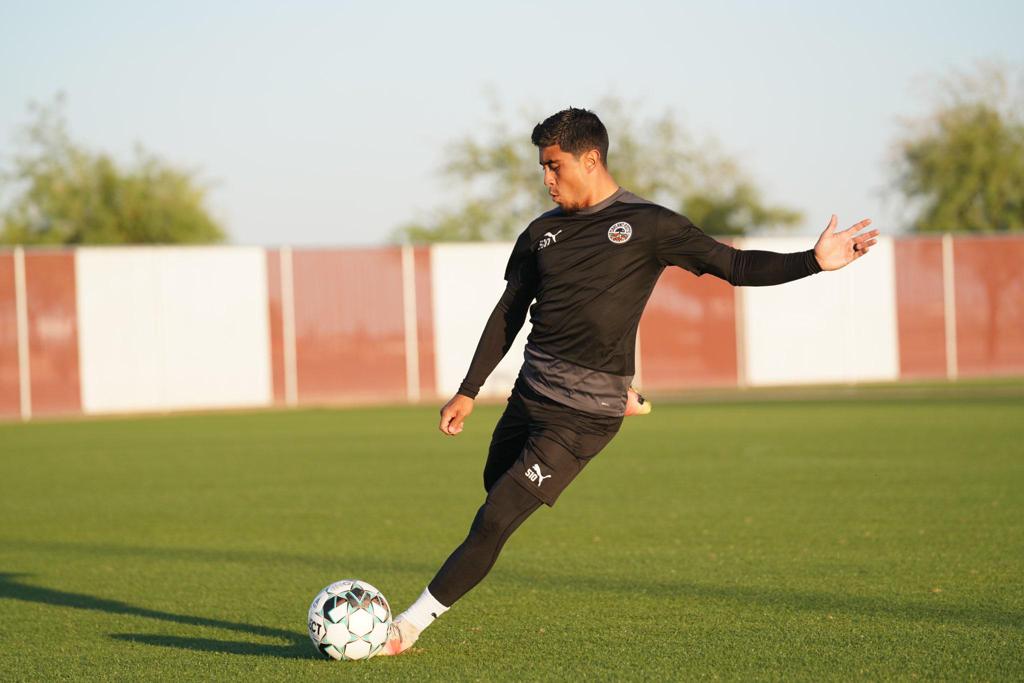 Diaz and Boudadi continue developing at the next level 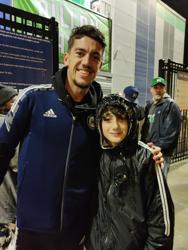 Two members of a historic 2018 season for the Laredo Heat SC channeled that momentum into successful professional careers as Memo Diaz and Younes Boudadi are shifting from newcomers to veterans in the USL Championship. Diaz is preparing for his fourth season in the league and second with the Oakland Roots SC, while the Hartford Athletic announced last week the resigning of Boudadi for his second season with the club and his third overall.

“Laredo was my turning point. I still had a semester left in school. When they offered me to go play there, I figured I’d go all out for one more summer of soccer,” Diaz said. “If nothing comes of it, then I still have one more semester at UNLV. The staff, the organization and the coaching really pushed us to get out there and look for teams. It was a turning point when I was in Laredo to accomplish this dream.”

Diaz and Boudadi were two of the biggest contributors as the Heat dominated in their debut season in the National Premier Soccer League. They helped Laredo outscore opponents 37-4 in a perfect 10-0-0 run through the regular season during which it never trailed. The performance earned the Heat the No. 1 seed in what was then a 98-team league.

The Heat finally faced deficits in their first two playoff matchups, but they rallied both times to reach 12 straight wins and claim the Lone Star Conference title. Laredo nearly completed a third straight rally in the South Region semifinals but fell in overtime.

“The 2018 season is special in the history of the Laredo Heat,” Laredo Heat SC President Shashi Vaswani said. “We really hit the ground running in our debut NPSL season on the way to earning the No. 1 overall seed in the entire league. Memo and Younes were a significant part of that. They helped set the stage for what the Heat stand for in the NPSL, and they continue to serve as an inspiration for what future players can aspire toward.”

Diaz was one of three forwards honored in the NPSL’s Nation XI selections after he racked up five goals and six assists. He was also voted by the Heat as their Offensive Player of the Year.

“Thank you to the Vaswani family and the Laredo Heat organization,” Diaz said. “They do a lot for the kids and for the city, so just a huge thank you to them.”

Boudadi joined Diaz on the Lone Star Conference and South Region XI selections along with being named the Heat’s Defensive Player of the Year.

“It was a great experience,” Boudadi said. “It was great getting to meet the Vaswani family. They do so much for the community and the players. You can tell they have everyone’s best interests at heart. We had a great year. It was one of those teams where everything clicks and comes together.”

Boudadi also credits the Heat as a big reason he made it to the next level, especially since he had to adjust to playing center back due to injuries after previously only focusing on being a right back.

“It was a professional environment and gave us an insight of what was needed to make it to that next level,” he said. “The whole summer was a good stepping-stone for me to go into my senior year of college and have a good senior year. I ended up being drafted, so it was definitely a big help for me to spend my summer in Laredo.”

After finishing the season with the Heat and concluding his collegiate career at UNLV, Diaz earned an opportunity close to home signing as a midfielder with the El Paso Locomotive FC of the USL Championship in February 2019. After playing in five matches in his debut season, Diaz doubled that to 10 appearances in his second year while recording an assist and helping the Locomotive reach the semifinals.

“It has been good development,” Diaz said. “I came from a really good coaching staff in El Paso and a good team full of veterans. Now that I’m the veteran, I’m putting into practice everything I learned from those guys. I’m trying to still learn from the older guys, but I’m also helping the younger guys develop their game.”

Diaz took on a new challenge for his third year joining the Oakland Roots SC for its debut season in the USL Championship.

“You have to pick and choose your opportunities. They offered me two years, so me and my wife just got up and left,” Diaz said. “We had to take that opportunity. It was crazy. It was a wild one. It was a rollercoaster the whole season, but it ended up being a good one for me and the team.”

This season marked a significant boost in playing time for Diaz as he totaled 2,347 minutes across 33 appearances while recording a goal and an assist. Overcoming a rough start featuring just one win in their first 13 games, the Roots rallied to claim a playoff spot on the final day of the regular season. They pulled off an upset in the first round beating Diaz’s former club El Paso before falling 6-5 on penalties in the next round.

“I’m excited. This year was crazy,” Diaz said. “The fans and the people from Oakland really showed up to our games to show that support for their team. I’m excited to go back for the second year, and hopefully we can get even further.”

The fans also expressed an appreciation for Diaz. A trio of fan groups – the Oakland 68s, La Brigada Del Pueblo, and Homegrown Hooligans – combined efforts to create the Oak Branch Award to honor who they felt best represented the Oakland Roots SC badge both on and off the field. Seven finalists were named, and Diaz was voted as the winner.

“We play for our fans, so being recognized by them makes it all that much more worth it,” he said.

Boudadi also saw a significant increase in playing time this season. A native of Ypres, Belgium who is fluent in four languages, Boudadi was drafted 102nd overall by the Los Angeles FC in the 2020 MLS SuperDraft following a collegiate career at Creighton. Instead of signing with them, he joined the Reno 1868 FC in March 2020. He made seven appearances and recorded two assists in his debut year.

“It was fun to start from scratch again after four years of college and try to make a name for myself in the USL,” Boudadi said. “The first year in Reno was a lot of learning for me as a rookie coming in and trying to find my way on the team. I didn’t get that many minutes, but it was a really good year for us as a team. We were the first seed overall. It was good to see where I was at and what I had to work on in the offseason to go into my second year.”

After Reno folded, Boudadi remained in the USL as he signed with the Hartford Athletic. He immediately became a key contributor as he played 2,243 minutes in 28 appearances. Boudadi led the Athletic with 147 duels won, 69 crosses and 41 interceptions. He also was second on the team with 55 tackles and 37 tackles won, and he added two more assists.

“Last year I got my minutes that I worked for,” Boudadi said. “It was about taking advantage of the opportunities that I got. I had a solid year, now it is up to me to build on those two years and keep improving.”

Boudadi was subjected to racist comments on social media last season following a July 4 match against Loudon United. He spoke out about the incident and was encouraged by the league’s response as the USL quickly launched an investigation in an attempt to issue a lifetime ban to the offender.

“They did a great job. Personally it doesn’t really affect me on a deep level, but I saw it more as an obligation to speak up because it happens a lot,” Boudadi said. “The USL handled it very well. They came out with a statement quick, and the head of the USL contacted me personally saying what they did. They did everything within their power, and I thought it was important to bring to light that things like this happen. I feel like you can’t be silent in those times. Props to the USL for everything they did to resolve it.”

Diaz and Boudadi are optimistic about seeing Heat players follow in their footsteps and establish professional careers. That could be on the horizon as three players from the 2021 Heat squad already followed their lead by signing with the Path2Pro Soccer agency.

“I feel like whenever you do something and other players coming after you pursue the same path, it is always a privilege,” Boudadi said. “It’s awesome to see it happening with Path2Pro. The organization has been really good in the last few years. Eric Bucchere does a great job with players and getting them out to teams and starting their professional careers.

“It’s awesome to see players follow the same path and sign with the same agency. Hopefully their professional careers can start soon. I’ll definitely keep an eye out for it. It’s good to see Laredo keeps growing and Path2Pro gives opportunities to players that come after us.”

Defender Gabriel Claudio, midfielder Oscar Govea and goalkeeper Gage Rogers all signed with Path2Pro in the past month. Claudio is following almost directly in Diaz’s footsteps as both played for Yavapai Community College, UNLV and the Heat.

“When I left Yavapai that’s when he got to Yavapai,” Diaz said. “When I left UNLV, he got to UNLV. The same thing with Laredo. El Paso wouldn’t be a bad fit for him honestly.”

“Path2Pro is really looking towards Laredo and using that pipeline,” Diaz said. “They know the quality of players that Laredo brings in. That is great to know. They were already bringing in quality players. Imagine now with this pipeline. It is going to be great for the organization and for the city of Laredo.” 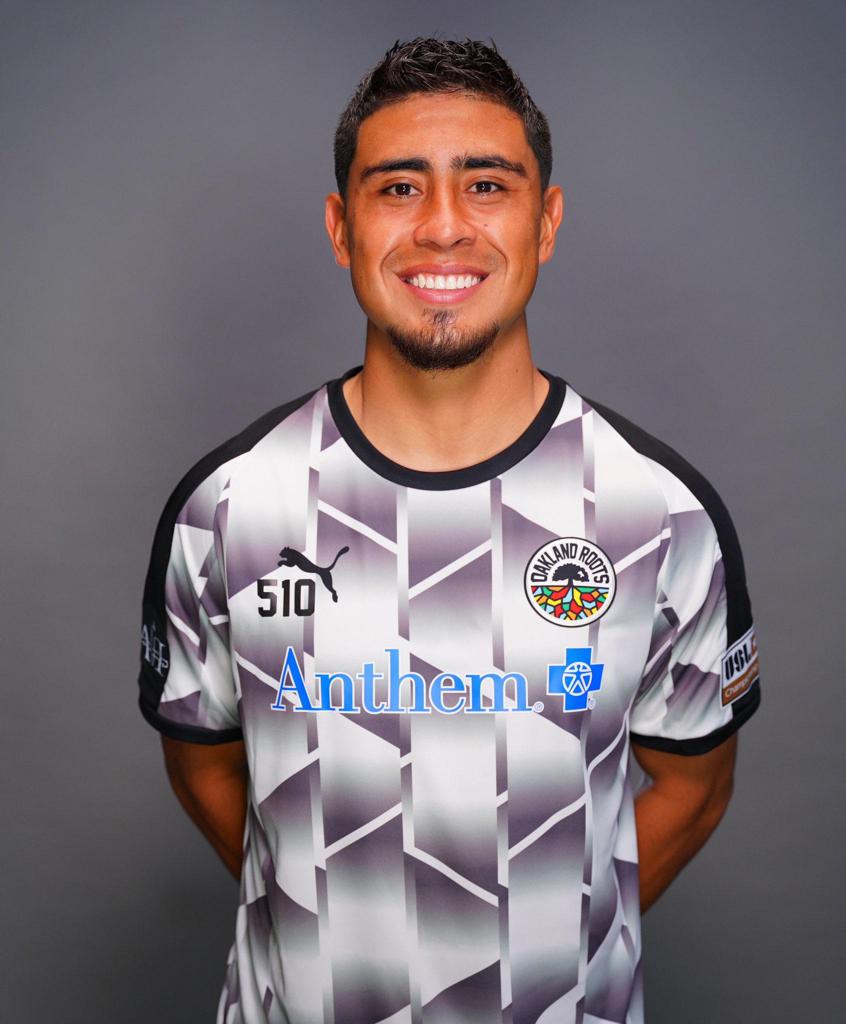 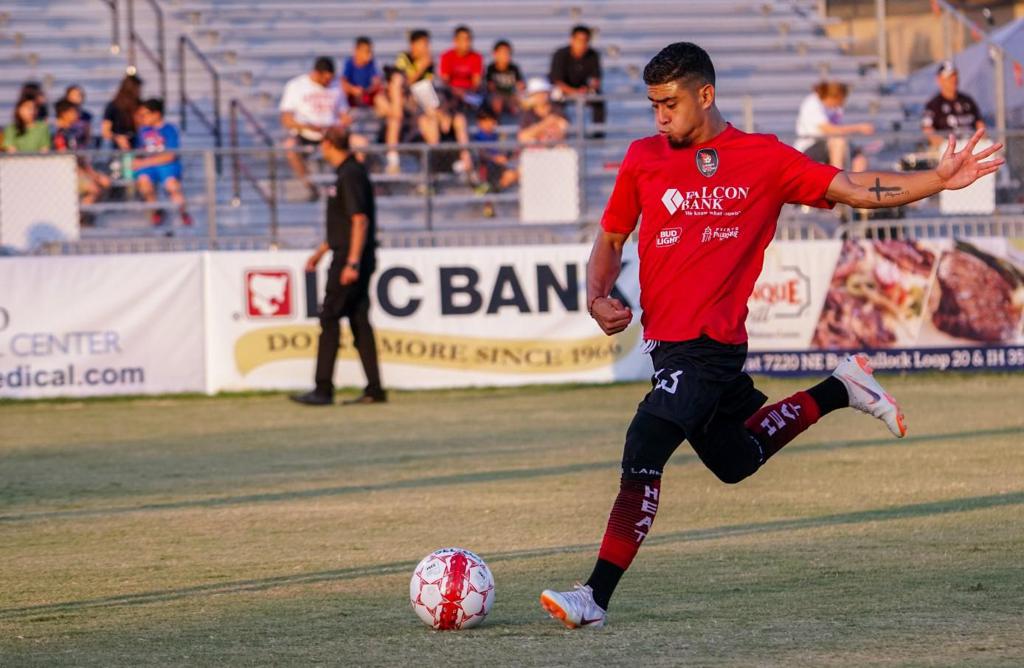 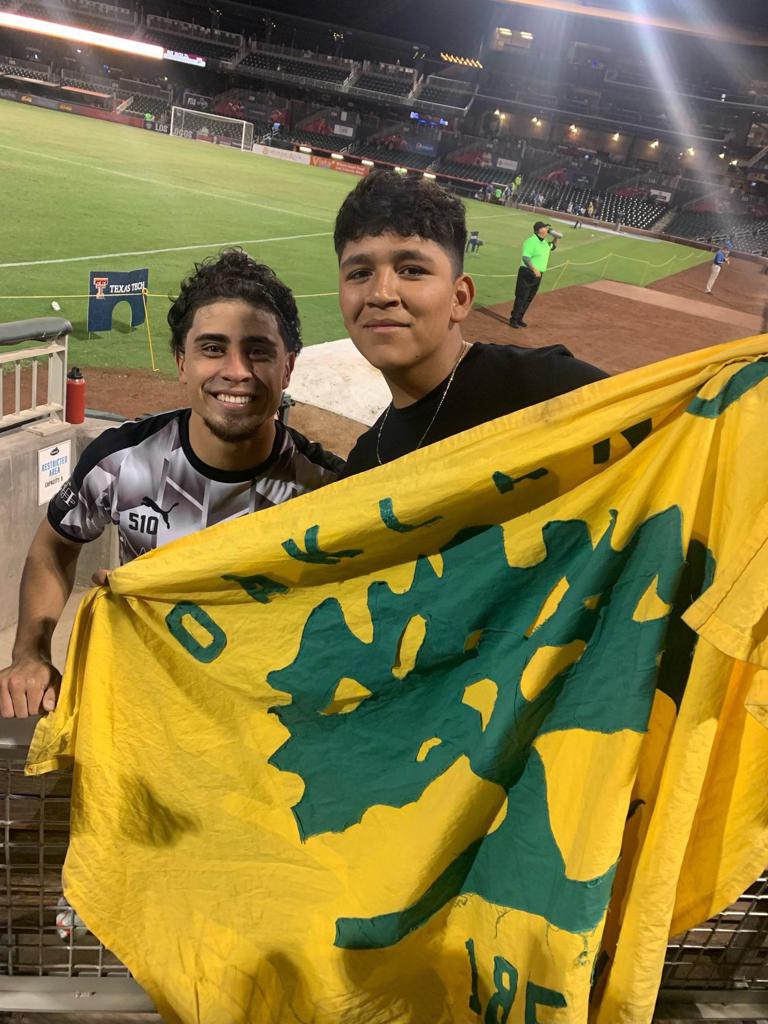 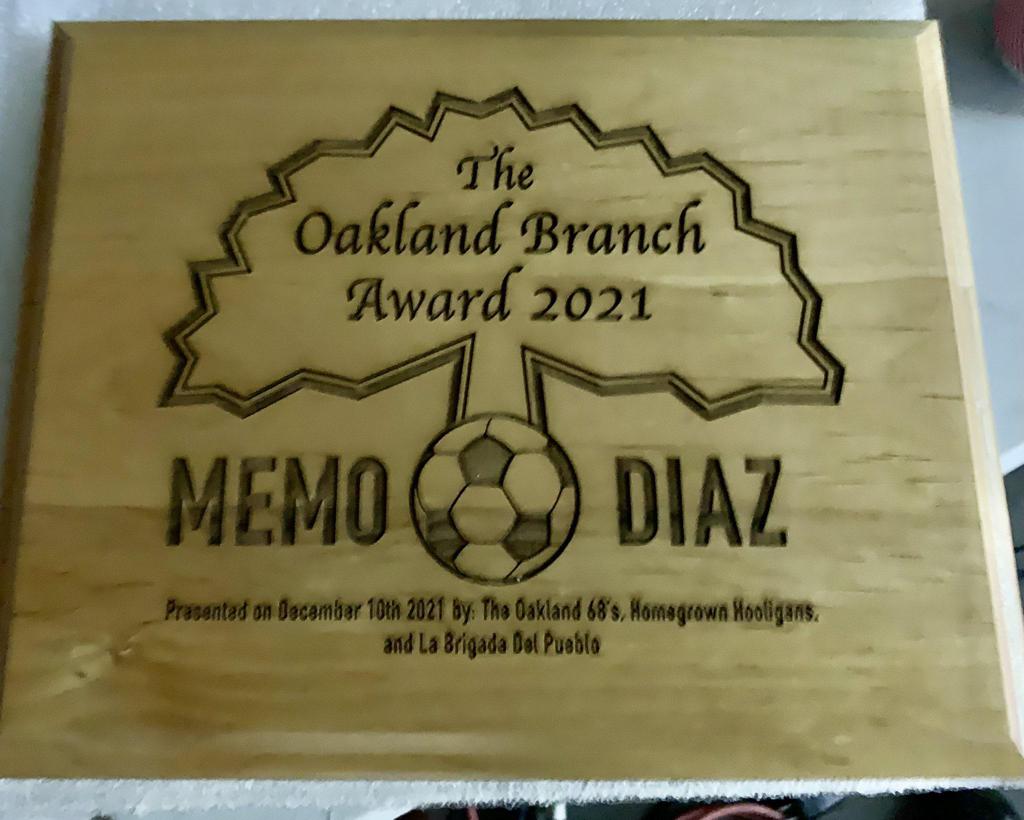 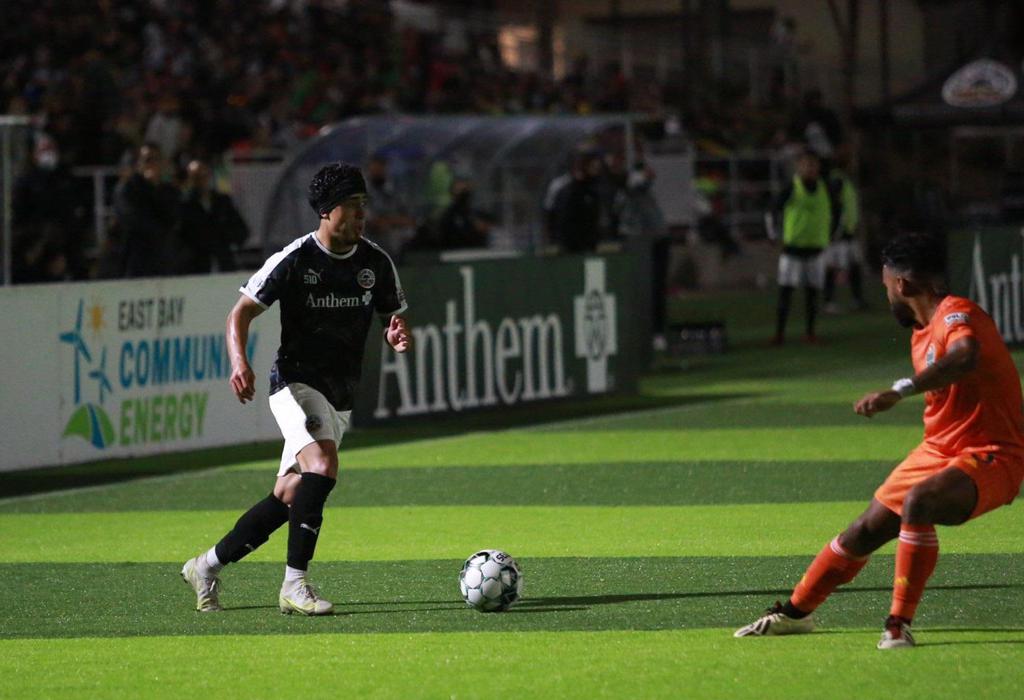 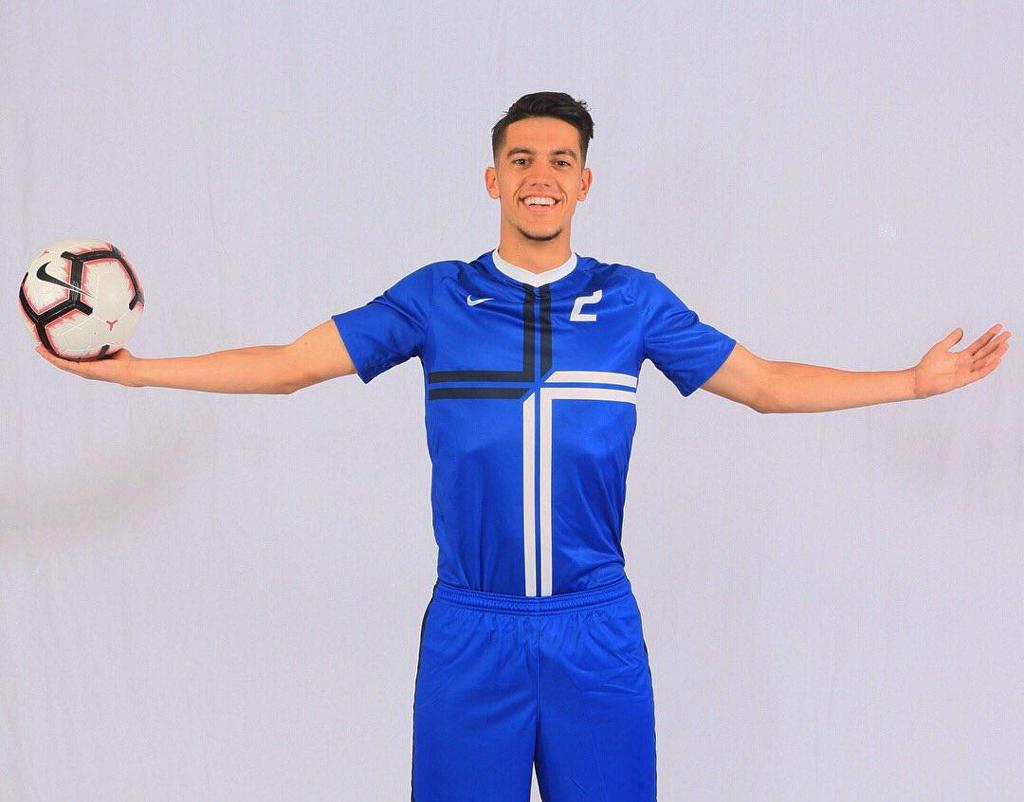 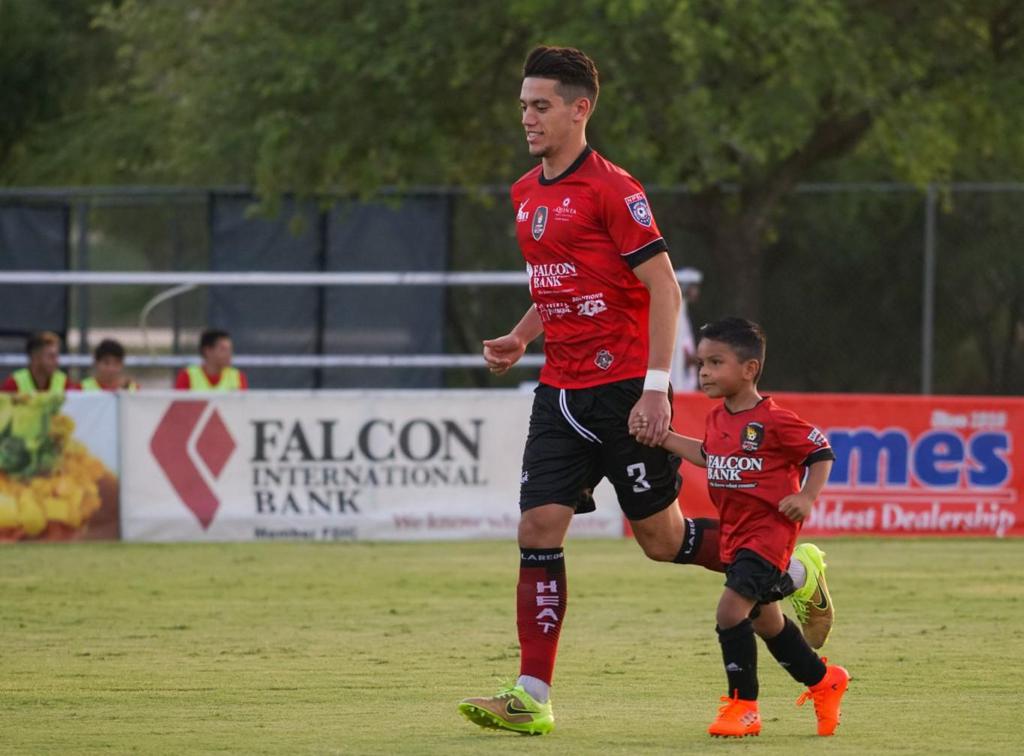 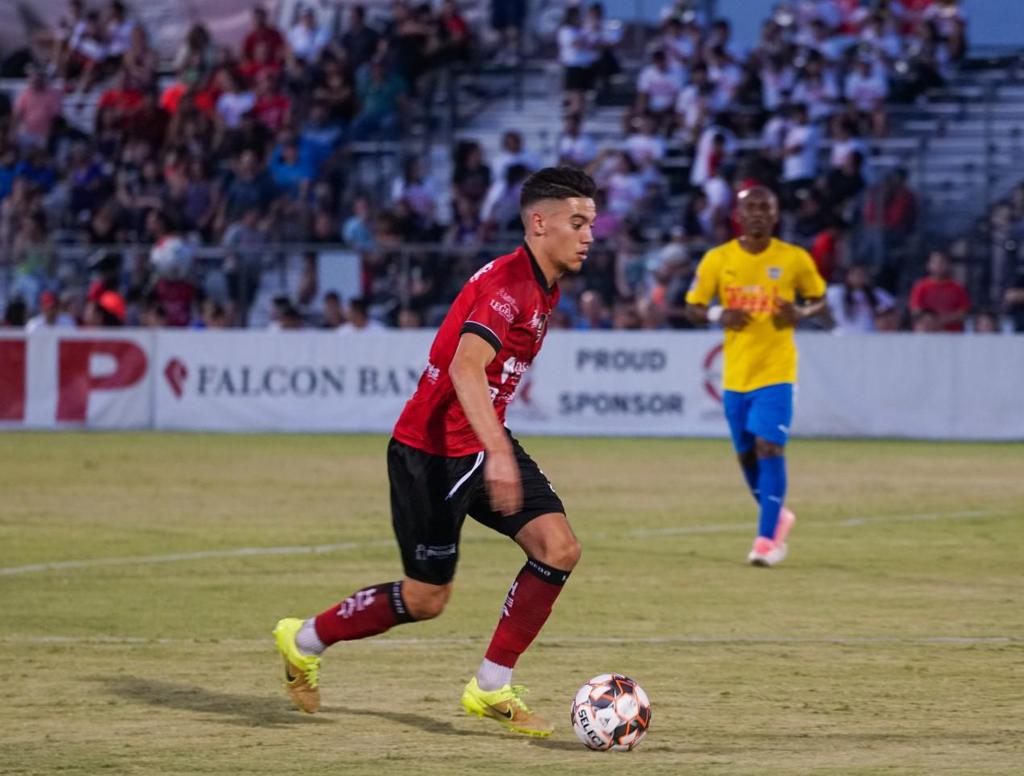 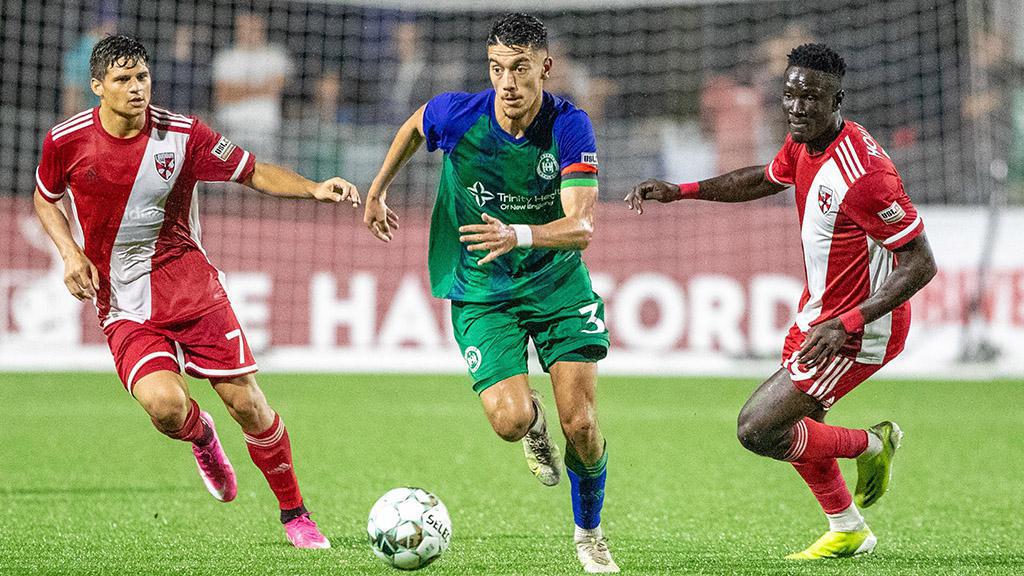 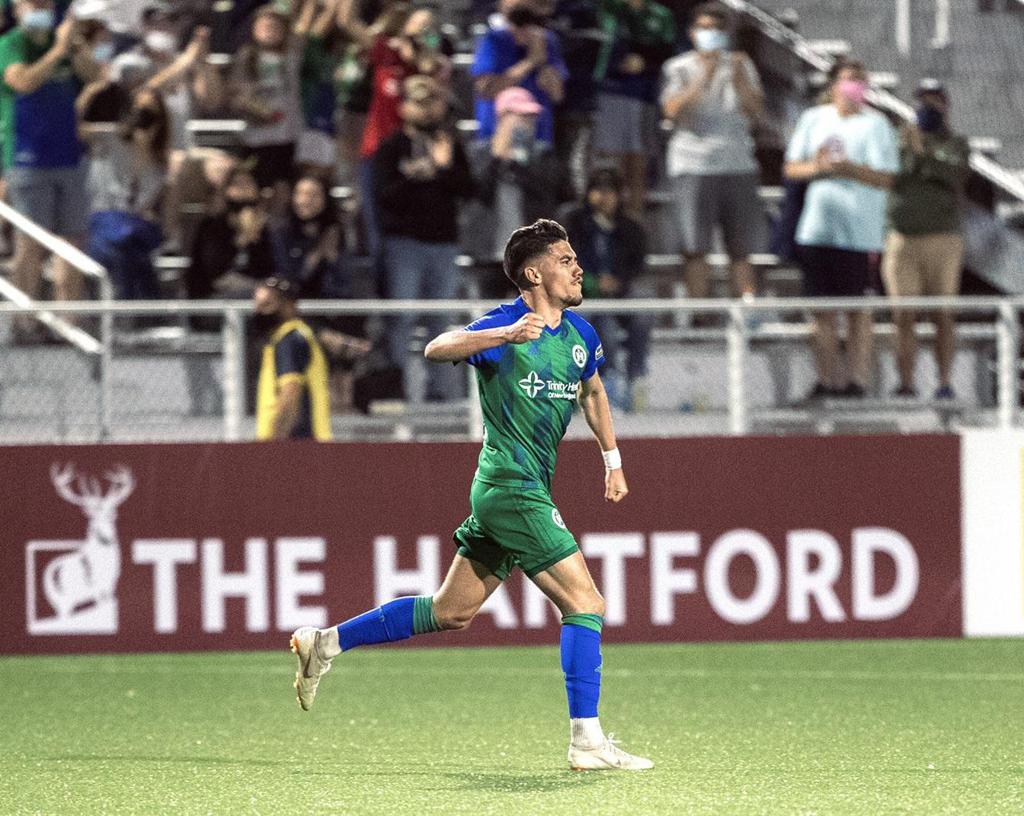