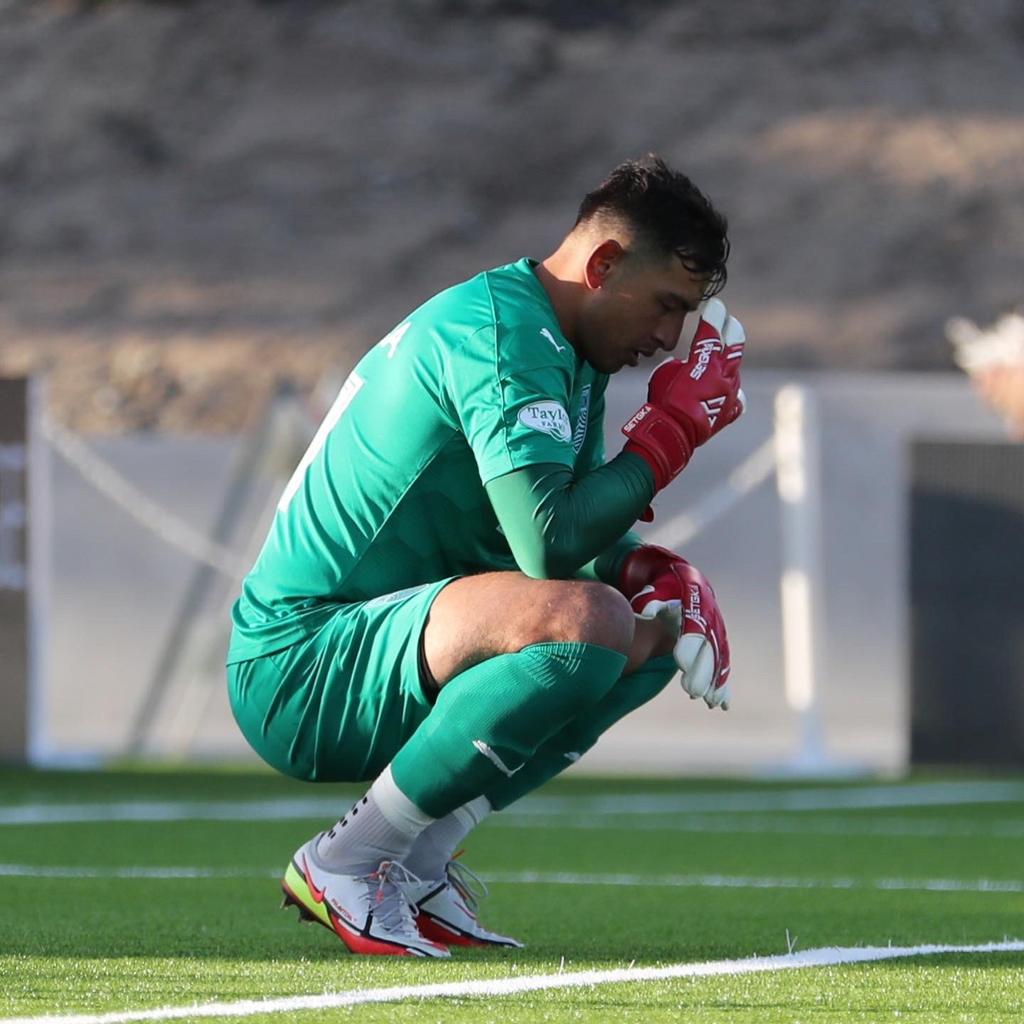 Herrera's contract extended by Union for remainder of season 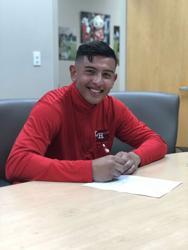 The professional debut for Laredo Heat SC alumnus Carlos Herrera was also a momentous occasion for his side as the Monterey Bay F.C. Union played the first home match in club history on Saturday, May 7. Herrera helped deliver a victory in the inaugural game at Cardinale Stadium as he made a key save late to pick up a clean sheet in his debut with a 1-0 win over the Las Vegas Lights FC.

“I checked off a lot of things on my bucket list on Day One,” Herrera said. “I was prepared for it, but it was kind of unexpected. They told me I’ve been playing well and they wanted me to start. I can’t put into words the feeling I had. It’s everything you work for and dream of, and getting to have it be the home opener made it even more exciting. My family was able to drive down and be part of the moment with me. It’s a thing of dreams. It was very special.”

Herrera received the chance to play close to his hometown of San Leandro, Calif. last month as Monterey Bay signed him to a 25-day contract after losing its starting keeper to an injury. He made his mark in that short time and was given the good news last week that he was being signed for the remainder of the season.

“I was obviously very happy when I got the 25-day contract, but as those 25 days started winding down, the stress levels started going up,” Herrera said. “I knew I had been doing well, but your mind still goes a million miles per hour. When I got called into the office to tell me they were making the contract through the rest of the season, that was an exciting moment. I downplayed it a little bit in front of the coaching staff, but I was jumping up and down inside. I’m very happy.”

The USL Championship is sanctioned as a Division II league by the United States Soccer Federation placing it just below Major League Soccer. Herrera is the third Heat player to earn a professional opportunity at that level as he follows in the footsteps of a pair of former teammates. Younes Boudadi plays for the Hartford Athletic and Memo Diaz competes with the Oakland Roots SC.

Herrera, Boudadi and Diaz were three of the most prominent players on a dominant 2018 Heat squad which outscored opponents 37-4 during a perfect 10-0-0 regular season. The team never trailed in those 10 games as it earned the No. 1 overall seed in the National Premier Soccer League out of 98 teams. Laredo’s debut season in the NPSL featured a pair of postseason rallies to claim the Lone Star Conference title before it was edged in overtime in the South Region semifinals.

“I’m so happy for Carlos,” Laredo Heat SC head coach John Powell said. “He played fantastic. The owners and I streamed the whole game. He was so good. It’s so exciting for him. It couldn’t happen to a better guy.”

Walmer Martinez broke the scoreless tie for Monterey Bay in the 56th minute. He was given several feet of space by the defenders as he charged forward, and a few feet shy of the right corner of the box he never broke stride as he sent a left-footed shot into the top-right corner of the net.

Las Vegas (4-4-2) upped its attack the rest of the way from there as it attempted to rally. It recorded its lone shot on goal in the 85th minute as a free kick set up a header from the left side of the goal box. The header from Alejandro Lara was on target toward the bottom-left corner of the net, and Herrera was in position as he dove to deflect it away. The rebound attempt was sent wide, and they protected the lead the rest of the way. Herrera was also in position during extra time in a one-on-one situation which led to the shot being sent wide left.

“In the second half I have a direct view of the scoreboard. I looked and it was the 65th minute, then I looked again what felt like 10 minutes later and it was the 66th minute. It felt extremely slow,” Herrera said. “I knew at that point they were going to have a chance. They are a fairly direct team in their goal scoring. Most of their goals come from direct play trying to play the ball in behind. Especially being down, they have to start pumping balls.

“They got a free kick, and I was mentally prepared. I knew I was going to have to make at least one save if we wanted to keep the three points. I was in the right spot at the right time and reacted to it. Thankfully the rebound didn’t go in either and we got to see the play out.”

The Union improved to 2-6-0 with Saturday’s victory. It was their first clean sheet of the year as the club had allowed an average of 3.3 goals in the seven games prior to Herrera’s debut. Monterey Bay will look to build off the momentum as it hosts Rio Grande Valley FC (3-6-0) at 9 p.m. Saturday, May 14. Herrera is hoping his performance earned him additional opportunities in net, and he is ready to capitalize if given the chance.

“It’s a long season, so I enjoyed this but I can’t dwell on it,” he said. “I have to start thinking about the next game which should be another good one at home. Hopefully I get the chance to repeat in net. If they give me that trust, I’m going to make the best of it to stay in there as long as possible.”

Following its season opener Friday, May 13 in San Antonio, the Laredo Heat SC is getting ready for its home opener on Wednesday, May 18 against the FC Brownsville Explorers. The Heat also host matches Saturday, May 21 and Tuesday, May 24. The Heat play their home matches at the TAMIU Soccer Complex. Tickets are $5 for general admission and $20 for VIP access, and children 12 and under get in free. 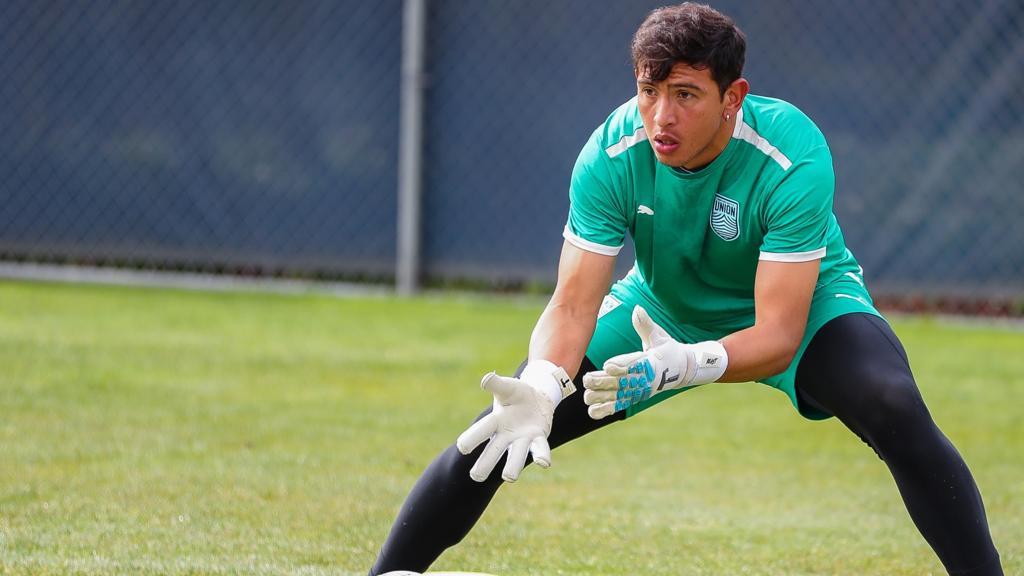 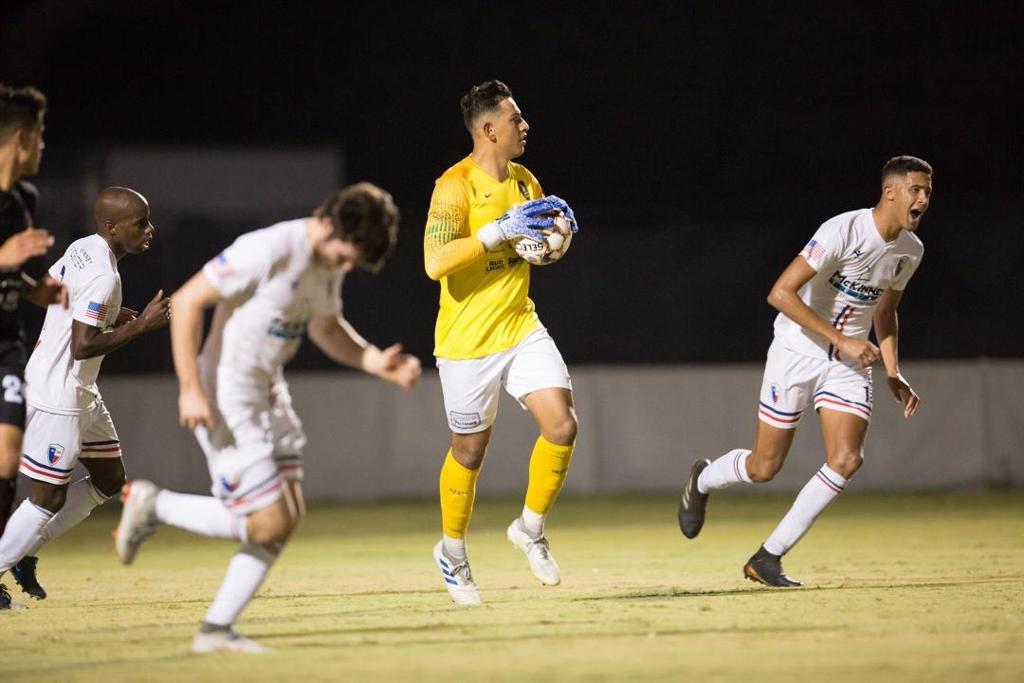