The Laredo Heat SC can lock up outright possession of first place in the Lone Star Conference by picking up a win or a draw Saturday as it hosts a rematch with the Corinthians FC of San Antonio in the regular season finale at the TAMIU Soccer Complex. 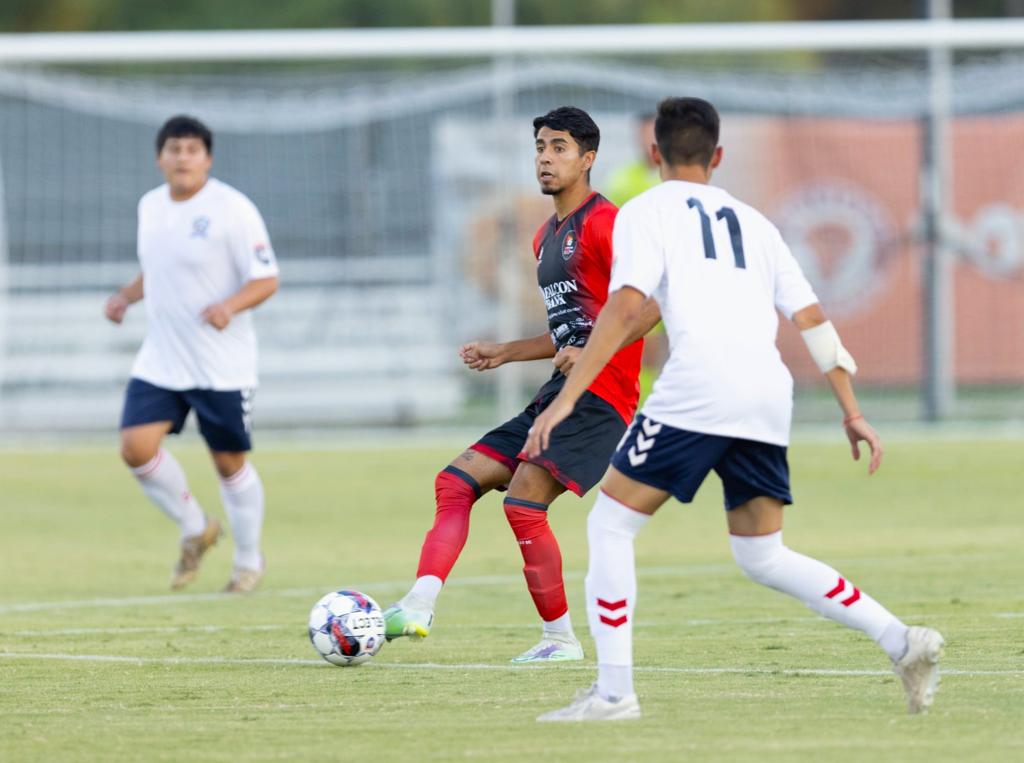 The Laredo Heat SC has kept its focus on the next game up all season while letting the big picture take care of itself, but on Saturday those will be one in the same. The Heat host the Corinthians FC of San Antonio at 8 p.m. at the TAMIU Soccer Complex with the regular season title and the No. 1 seed in the Lone Star Conference up for grabs for both sides.

“It is massive. If you look at the 11 games, the boys have consistently been the top team,” Heat head coach John Powell said. “There are a handful of very good teams and I don’t mean any disrespect there, but we have consistently put in the performances to lock in that No. 1 seed. It would be justified if the boys go out and take care of business.”

Laredo (8-1-2, 26 points) guaranteed itself at least the No. 2 seed and a home match in the playoff opener by drawing 1-1 Wednesday in Brownsville. It also set up the simple scenario for Saturday of needing just a win or a draw to finish first outright in the conference. San Antonio (7-2-2, 23 points) could make it a tie for first place by winning Saturday, and that would give the Corinthians the tiebreaker.

“It has been our approach all summer taking it one game at a time, and we want to make sure we continue with that focus,” Powell said. “We understand we have locked in a playoff spot, but in our preparation the past couple days we haven’t been speaking about that. We’ve been speaking about Saturday, and we know we have a chance to win the regular season at home in front of our awesome fans. That’s the focus.”

The Heat remain the only team to secure a playoff berth as four teams will be fighting for the final three spots on the final day of the regular season. The Corinthians are one of those teams as they could finish anywhere from first place to out of the playoffs.

A win would secure first place and a draw would lock up a playoff spot, but a loss would leave San Antonio open to elimination. There is even the possibility of a four-way tie for second place if the Heat and Irving FC (5-1-5, 20 points) both win and Brownsville (7-3-1, 22 points) and Denton (7-3-1, 22 points) both play to draws. That could leave San Antonio as the odd team out as it sits at least eight behind the other teams in goal differential. With the Corinthians playing to keep their season alive, the Heat know they will be going all out on Saturday.

“I expect it to be a fast-paced, high-intensity matchup,” Powell said. “It will be down to a lot of things, but we’re putting an emphasis on managing the transitional moments and on matching their intensity and bringing more. We are the home team, and we want to set the tone.”

The previous matchup in the series was literally almost a season ago as the teams played to a 1-1 draw in San Antonio on May 13 in the season opener. Just like Wednesday’s match in Brownsville, the Heat fell behind late in the first half but rallied for the equalizer after the break.

“They’ve had some guys come in since, but if you look at the core of what they were last time, they were a really good technical team with some good organization and good coaching, and that is going to be there again Saturday,” Powell said. “It’s fine because I believe we have all of that as well. We don’t overthink on that first matchup, but we know it was a tough 1-1 draw and we expect nothing less than another difficult matchup.”

While a draw would be enough to secure the conference title, Laredo is playing to win on Saturday. Not only could the extra two points prove critical for seeding beyond the conference playoffs, it also would give the Heat a perfect regular season at home with six wins in six tries. Laredo has been competitive on the road going 3-1-2 while outscoring opponents 11-6. It has been dominant at home outscoring teams 19-2 during a 5-0-0 stretch at the TAMIU Soccer Complex.

“Before the season when we set our goals and wanted to win the league, we said if you win all your home games and take points on the road, you are in a position to win the league,” Powell said. “If we can take care of business tomorrow and remain undefeated at home, we’ll have backed that up and be the No. 1 seed. Then we can hit the reset button and go 0-0 into the postseason.”

Tickets for Saturday’s decisive match are $5 for general admission and $20 for VIP, and children 12 and under get in free. There will be a Make-A-Wish presentation at halftime, and there will be free hot dogs available for kids while supplies last. 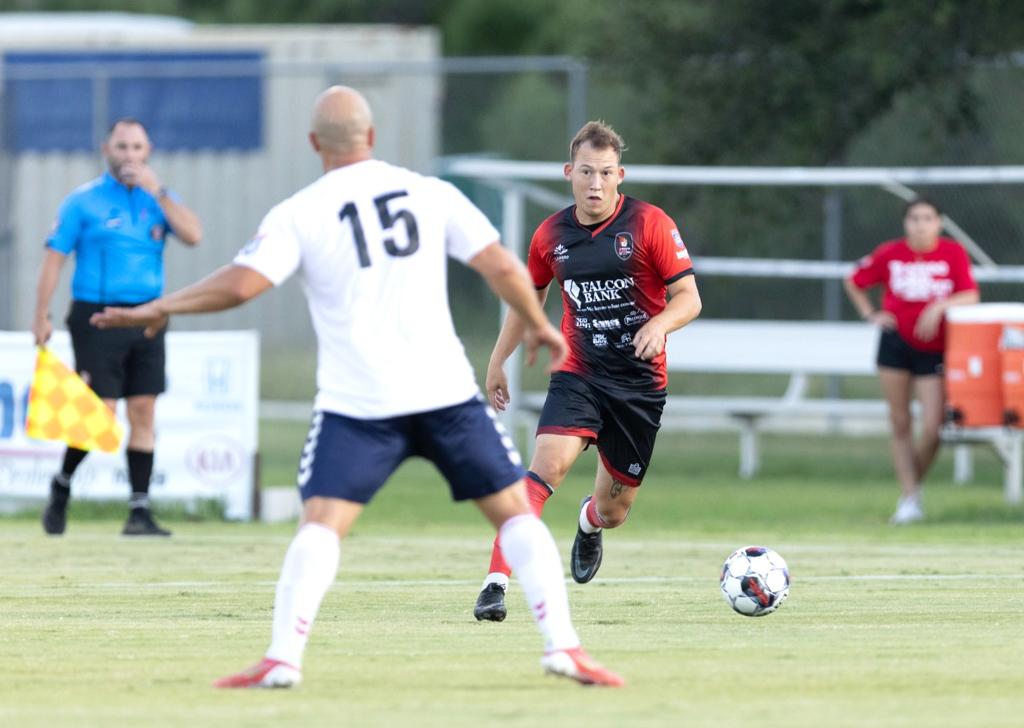 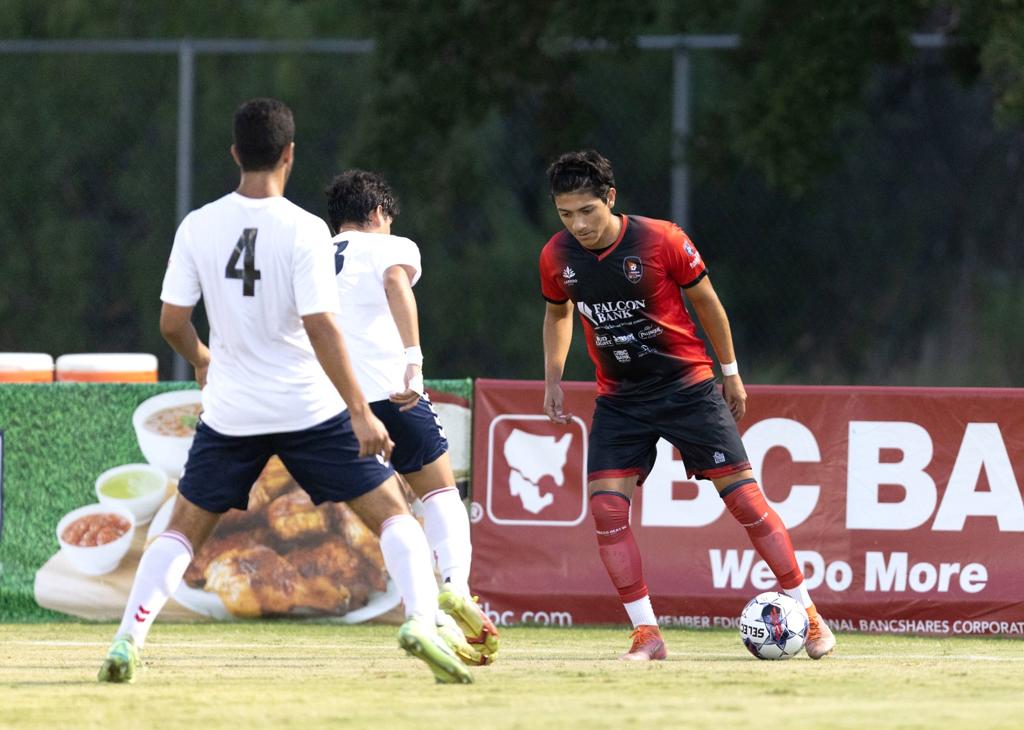